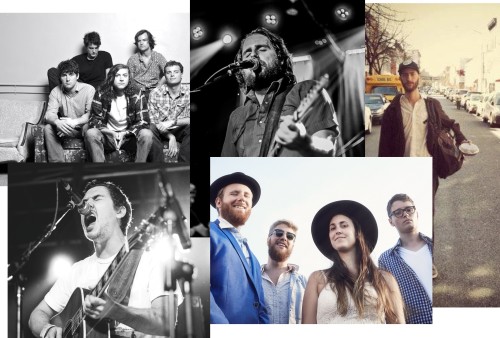 Now that February is upon us, we felt it might be an interesting experiment to take a stab at some South Carolina artists that could make some impact in 2016.  While the next twelve months will no doubt deliver some fresh faces, here are a handful of names you’re likely to hear more from very soon.

Atlas Road Crew is making huge strides with their music and are embarking a European tour that could result in an explosion in the band’s professional career. The young band has found success statewide with sold out shows in most of the venues they play. Rocking original southern-alternative tracks from 3 albums, they have achieved almost a cult following, and have amassed a mound of support from industry insiders like Mark Bryan (Hootie and the Blowfish) and Vance McNabb (manager, Jump Little Children). Their most recent album, Halfway to Hopkins, was created under the guidance of experienced and talented producers Rick Beato, Cory Plaugh, and Jay Clifford. Over the next six weeks, the band will be touring through Budapest while also making stops in Germany, France, and Spain. Patrick Drohan, drummer, states, “We are really excited about the tour. It’s something that came up suddenly and unexpectedly, and we said ‘Hell Yeah, we’ll do it!’ Someone heard of us and asked us to come to Europe, so Vance made it happen.” They are expected to make their arrival back in the States mid-March, so make plans to see them live before they blow up. You can then say, “I knew them when…,” and you’ll be right.

Columbia’s indie rock stalwarts Dear Blanca are just finishing off an East Coast tour before heading to Charleston to record a new record. Already in the can, though, their new EP, “I Don’t Mean to Dwell” drops on March 4th on Post-Echo and it was produced by Durham’s Scott Solter (St. Vincent, Spoon, the Mountain Goats). A longer tour will kick off that same month and they will go on the road with Keath Mead for those dates. It’s great news that the band is trying to spread their hometown notoriety further, both around SC and across state-lines. For the uninitiated, Dear Blanca is led by dynamic front-man Dylan Dickerson, whose idiosyncratic vocals and poised lyrics are the perfect foil for the punk-by-way-of-folk-rock that he and fellow members Cam Powell and Marc Coty churn out. It’s a lot like a mixtape sent by a sweetheart who thinks you should probably listen to more Minutemen and Townes Van Zandt (said sweetheart would also be very correct).The new EP is more streamlined than the bands’ first two LP releases and they keep getting better.

The High Divers
by Devin Grant

It isn’t easy to pick out one particular thing that makes The High Divers my favorite new band, and my pick for the most promising new South Carolina act of 2016. The group of Hilton Head musicians now call Charleston home, and the band’s CD, “Riverlust,” is an amazingly original collection of songs that show the range of the band.

Comprised of lead singer and guitarist Luke Mitchell, bassist Kevin Early, drummer Julius DeAngelis, and keyboardist and vocalist Mary Alice Connor, The High Divers must listen to a dizzying array of musical styles when they’re not recording and performing their own material. In that new album one can hear influences of such diverse acts as Talking Heads, Neil Young, Bruce Springsteen, Vampire Weekend, Tom Petty, and The Band. Listen to songs like “Summertime,” “Give It Up,” and “I’m Through” and you’ll swear you heard them years ago on the car radio during a stellar road trip. Then you realize that those songs are new and original, and just sound as good as the classic rock hits you’ve loved for years.

Best of all, even with the fact that this band obviously knows how to craft a great studio album, its live game is strong too. It will be a true crime if The High Divers aren’t the darlings of the national rock scene by this time next year.

For more information: The High Divers

When you take genuine songwriting and stellar musicianship, then wrap it within the folds of the South, you might just end up on a musical journey lead by the Kenny George Band. Carving themselves out of similar patterns of work, such as the likes of Ryan Adams and Jason Isbell, this is a band that could be well on their way to a promising future. KGB has been cutting its teeth since 2007, but only recently have they begun to gain momentum. With a repertoire for strong songwriting ability, KGB played around 150 full band shows in 2015, and was picked up by Mighty City Music Management last January. With solid footing, KGB has found themselves opening for such mainstream artists as Rascal Flatts, Montgomery Gentry and American Aquarium.

KGB currently has a studio album (Gunshy) under their belt, one live CD (Live from Sky City) and have current plans to head into the studio during February. To top it off, they have also been invited to Nashville in June of this year to record with Lee Brice.  Make no mistake about it, this is a very talented and driven band with a phenomenal work ethic, and are certainly worth keeping an eye on over the next 12 months and beyond.

If you talk to just about anyone in the Charleston music scene about who is the next band to take a big leap forward, the consensus is SUSTO, with their southern gothic take on alt-country. It’s been almost two years since their debut CD, and the band spent a good chunk of time trying to find permanent members AFTER that CD. So in effect, that CD was a solo release from lead man Justin Osborne. Usually I would not give “next” band status to one that has changed its lineup so much, and has not released anything new in two years. But I believe Osborne’s dusky songwriting and indifferent tenor can only be enhanced by a band that has time to work together. That time together is more important than inspiration, and SUSTO has been part of a Charleston musical co-op since its inception. That co-op circle of friends seems to revolve around SUSTO producer Wolfgang Zimmerman and indie musician Johnny Delaware, who is also SUSTO’s guitarist. The band has done what it needs to do (and what many “next” bands in Charleston fail to do), which is to tour beyond their comfort zone. Nothing incubates a band like long days travelling town to town, trying to find the right sound every night. All of this would be for naught if the band does not release terrific new music this year. I believe they will release something in 2016 and I can’t wait to hear it. 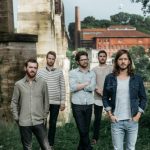 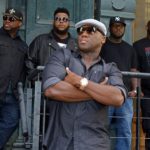