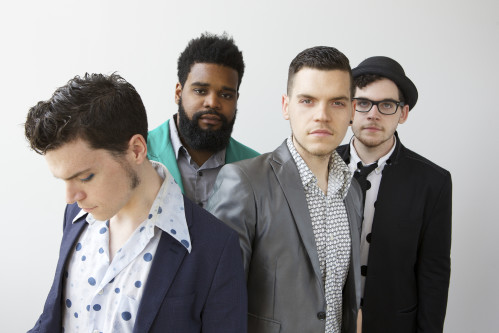 The boys in the Charleston, SC band A Fragile Tomorrow waste little time getting down to business on the bands new album, “Make Me Over.” The lead-off track, “Make Me Over (Noddy Holder),” already gets hipness points for name checking the lead singer of the English band Slade. Once that song kicks in like a pair of F-16 afterburners, though you already know you’re listening to something substantial. “Maybe we can start all over/change our name and make me over/grow my hair like Noddy Holder,” sings Sean Kelly, one of three brothers that make up AFT. This is no Jonas/Hanson affair aimed at ‘tweens though. Sean sings and plays rhythm guitar, and, along with siblings Brendan (lead guitar), Dominic (drums), and Shaun Rhoades (bass), the band showed more than just promise on their previous release, 2013’s “Be Nice Be Careful.” That wonderfully rich batch of power pop tunes proved that today’s kids are listening to more than just whatever is on the current pop charts. Hints of Cheap Trick, The Raspberries, and Superchunk could be heard on that previous release. You could almost zero in on exactly who the band was listening to when they recorded each track. On “Make Me Over,” that isn’t the case. Oh sure; you can tell what kind of music was influencing AFT during the recording of this new record, but instead of diverting those individual influences to each track, this time the band has basically boiled down those influences into a rich reduction and poured it over the whole shebang like some sort of delicious retro audio glaze. You’ll hear a little T. Rex here, a bit of Bowie there, a touch of Rubber Soul-era Beatles in that corner, but what will strike you most about the album is how beautifully it lends itself to experimentation without becoming pretentious. Think of Wilco’s slow transformation from alt-country darlings at that band’s inception to their current reign as kings of experimental rock, and you’ll kind of get my gist here. AFT’s “Make Me Over” is akin to Wilco’s “Summerteeth,” and that notion excites me because as any good Wilco fan knows, “Summerteeth” was just that band getting warmed up for later greatness.

There is no wasted energy on “Make Me Over.” Each song seems to feed off the energy of the previous track. After the Dream Police-esque explosion of that first track, the energy is maintained on tracks such as “Tie Me Up Again” and “Kissing Games” (both of which flirt with This Year’s Model-era Elvis Costello), as well as the percussion-driven “Siouxsie,” which features Dominic on lead vocals. The Byrds-like jangle of a Rickenbacker guitar serves as the backbone of the lovely “Tell Me How To Feel,” while all three Kelly brothers contribute vocals to “Can’t You Hear Me.” Members of Crowded House, The Bangles, and The Beach Boys lend their talents to the album, as well as both Indigo Girls and folk legend Joan Baez, who show up on the album’s last track, “One Way Ticket,” which has a pretty cool backstory.

Check that out here

The album was produced by the band and recorded in Savannah at Ted Comerford’s Low Watt Studio. If anyone is still on the fence as to whether Charleston is capable of turning out bands that can compete on an international level, then I’ll be glad to offer up A Fragile Tomorrow as a suitable argument in favor of that notion. Best of all; they’re just getting started. 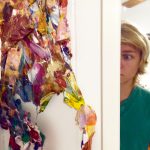 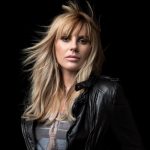