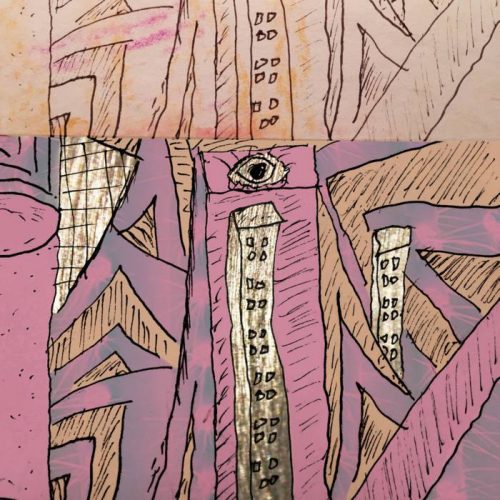 Columbia, South Carolina’s Alarm Drum look like they’re not too far out of high school, but they can lay down a ‘70s groove that makes me think they may have a time machine. Fragments of… is their five-song EP which was available on their bandcamp page as of August 12, 2016.

“Going to Bed Early” leads off Fragments of… with solid drumming from Blake Hunter and a dreamy melody harkening back to the early days of New Order. Core band member Ian Graybill provides synthesizer sounds with a glockenspiel feel, which makes this and the other songs sound sparkly.

The longest song (six minutes) on Fragments Of… is “Coma,” the second song, which has a great bass line and a delightful mix of the guitar and keyboard weaving around each other. If the vocals were grittier and more unhingey, it could totally be a Wedding Present song.

There is a video on Youtube for “Mercury,” which is particularly smooth due to Dave Glymph’s sweet saxophone playing. Add in the dreamy vocals from Andrew Graybill and Seth Kelly on bass, and this song could be on the last Tame Impala album. This was released as a single last July.

“Blush,” the fourth song, is pretty proggy and keyboard-driven with (what I think is) a drum machine and vocals from Andrew that blend in, and it ends with a psychedelic synthesizer flourish. I’m reminded of something that could’ve been on The Cars’ Shake It Up, or something by Suicide.

I like how “Carnival Kids” eases in with guitars first, calming vocals and the bass and keyboards kick in with a warm, fuzzy groove. Dylan Kittrell guest drums on that track and producer Kenny McWilliams plays the tambourine that helps tie the song together.

Alarm Drum formed in December 2012 with Andrew Graybill on guitar and vocals, his brother Ian on synthesizer and Kelly on bass. The Beatles were an early influence on the brothers. They released the Colorsick EP in August 2015, also available on their Bandcamp page. This featured the single “You & Me,” which is also on Youtube.

Fragments of… was recorded and mixed by Kenny McWilliams, produced by McWilliams and Alarm Drum, and mastered by Dave Harris at Studio B Mastering. All songs were written by Alarm Drum.

It will be interesting to see if Alarm Drum’s live set is as dreamy and shoegazey as they are on record. They aren’t signed to a record label yet, but they definitely have the talent and originality to make it big on a national (and international) level.

Alarm Drum’s next show is on Thursday, March 23rd at The New Brookland Tavern, in West Columbia, SC (122 State Street, West Columbia, SC 29169, 803-791-4413). They’ll be joined by Release The Dog, Silvermane, See Through Dresses and The Fishing Journal. In the meantime, you can like them on Facebook, follow them on Twitter, and check out their music on bandcamp and videos on Youtube. 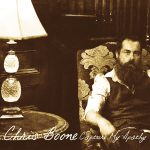