Big Sam’s Funky Nation is headed to the Pour House tomorrow night! If you’ve never heard of them, this is your opportunity to find out more about this energetic and extremely talented group of musicians, including horns players, who combine funk, jazz and rock and roll to create an almost ethereal experience. We had a chance to talk to Big Sam Williams, trombone player and lead singer to find out more about what they have been up to.

SCMG – Your sound is amazing. You’re exceptionally talented, and it is obvious how much you love music. We learned that you began playing in middle school. At the time, did you anticipate that you’d fall in love with it? When did you figure out, “Hey, this is exactly what I want to do”?

Sam – Never in a million years did I think I’d be playing music for a living. I had no ambition to play music. Thought I’d be an actor or play basketball. Then I considered going into the marching band.The rest is history. It wasn’t until I was 15 yrs. old that I knew I had to do this for a living. I heard “Ears to the Wall”, by the Dirty Dozen (Brass Band). Nobody talks about that album very much, but it was a big influence.

SCMG – Your music encompasses many genres – jazz, funk, rock and roll. Can you tell me how you guys work behind the scenes? Where do you find your inspiration, and how does the process work? I bet every show is different, and a hell of a lot of fun.

SCMG – You’ve been on the TV Show “Treme”. Do you have any other film projects you’re working on? How did you get that gig anyway? Have you always had an interest in acting?

Sam – Not really, but once they called, I thought it sounded like a cool gig. By the way, I give all actors in the world props…learning how to act. It’s not easy. I have to do stuff while talking. Lifting the trombone case, moving, opening doors. I had to learn how to do it. I’m not like a real actor, right? These other people have more experience than me. There are no other projects right now. We are on the road full time. It’s too complicated to do anything else. I am working on two other projects, a trio project. And the other is me hooking up with DJ Quiki Mart to do a DJ and horn combination. The whole concept hasn’t been determined yet, but we are making plans. It’ll make you want to dance.

SCMG – Have you been lucky enough to record your own music for TV shows that you’ve starred in?

Sam – Yeah, I got to perform a few of my songs on Treme. “Down on New Orleans”, which I rarely get to play. The audience now will request songs that they’ve never requested before after hearing them on the show!

SCMG – I saw Prince is one of your biggest influences. Have you ever had the opportunity to meet and/or play a gig with him?

Sam – Nope, never. Not yet. He’s a HUGE influence on my music. Gap Band, Cameo, Lenny, In Living Color are as well. Prince knows who I am, but I’ve never had a chance to meet him. A lot of my friends have, but I haven’t been so lucky yet. We did open up for Morris Day this past summer. I’ve learned so much from that show that I’ve incorporated it into our own shows. He really knew how to get people moving.

SCMG – How has the past year been for Funky Nation? Where do you see yourselves in five years?

Sam – I see myself getting bigger and bigger, appealing to the masses and selling out arenas. I want to reach out to all of those people and bring the Funky Nation to the world. We relate to Bruno Mars and how he brought funk to the main stream. We are all about doing what makes you feel good, and do it for yourself. When you’re feeling down, the music makes you feel a whole lot better. We want to do that. Sure ’nuff, when we get up on stage, and the people out there are going to rock out. I don’t care if you’re 70 years old, you’re going to rock out. Recently, an 80 year old was getting low on the dance floor, dancing. So, you know, it’s just that kind of thing. We’re going to continue doing what we do for everybody.

SCMG – You’ve been on stage with one of South Carolina’s biggest legends, James Brown. What was that like?

Sam – Oh yeah! That was in about 2000-2001 during my Dirty Dozen days. He let us come up and jam with him. We played out in Seattle and jammed with him again. Got to shake his hand, meet him and shake his hand. I’ll never forget it, you know? I don’t know if a lot of people were videoing back then, cuz I’d love a copy of that! It was amazing, and I’m still hoping to find someone who got pictures or video.

SCMG -Do you have anything you’d like to say to people heading out to the show?

Sam – Get ready to dance your asses off!

SCMG – Cool, man. We can’t wait to see you. Thanks for speaking with us! 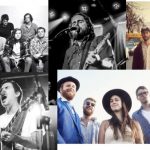 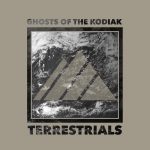