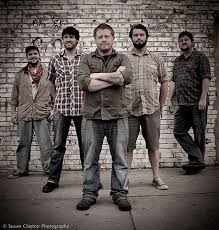 Going into The Free Times Music Crawl I knew little to nothing about The Black Iron Gathering, aside from being told, “They’d be cool to see.”  So I strolled into the Art Bar, ordered a PBR and headed into the back to check the guys out.  They’re a five piece featuring two acoustic guitars, banjo, upright bassist and drummer.   My thought, “Cool, an Americana band…love it!”  Then my face needed some major work after their opener of “Drivin’ My Life Away” by Eddie Rabbit.  It melted clean off my skull!

I immediately started smacking my buddy on his arm yelling, “They sound like freaking Flogging Molly! I love this!” A smack in the face like this is rare and I found the band I was looking for all night.  I was actually listening to Drunken Lullabies and I was taking in every damn second of it.  As loose as their sound was, they were meticulously tight and every note was distinctly heard.   They seemed as excited about playing what they were playing as I was hearing it, which is always even more engrossing.  I caught myself yelling “Oi, Oi, Oi”!! too many times to mention.

Long story short, I’m now a huge fan of The Black Iron Gathering and soon you will be too. They were gracious enough to offer me their two CD’s for review and after listening to the EP on the way home from the show, I thought “This is going to be fun.”  Old school punk as interpreted by a bluegrass band with huge steel balls. Enough said! 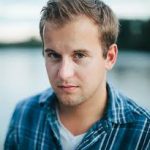 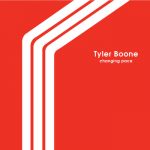