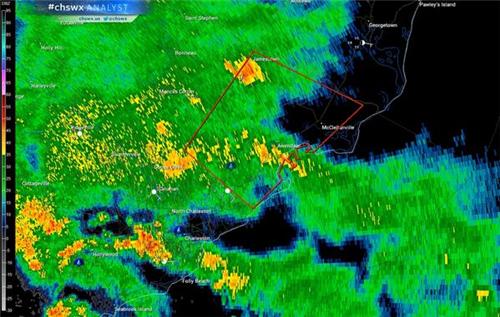 Friday, June 7th marked the second go round of the now monthly Grass in the Hall presented by Awendaw Green and The Charleston Music Hall. This time around it was marked with more of a local feel than the first event, and featured two up and comers from the Charleston and Columbia scenes. The first Grass brought with it three varied artists from the region and had more of an old School traditional feel, where this one took us into some sub-sects of the genre which I found refreshing.

Building up to this event, everyone involved was full of excitement about the second go-round, until an unwelcome visitor lumbered her way out of the gulf coast…Tropical Storm Andrea.  Leading up to the event, I spent a fair amount of time watching the Weather Channel and wondering if I should tie a kayak to the top of my car just in case King Street was going to be a new canal system. “10 inches of rain possible for the coast of South Carolina Friday.” They said.  Instead, I woke up Friday to hear that it was sunny and beautiful in Chuck Town. “Sweet,” I thought, “ It’s on!”

Upon arriving at The Hall, I sensed that the storm had scared people off from attending the show. I couldn’t blame anyone.  Hell, I knew what I was in for that night and was still a little reticent about going myself. For those who were scared off, you missed out… Big time!  I have to say the crowd was a bit older and probably not as thrilled with the updated feel the first two acts.  I was told, “The wine and cheese crowd” had taken over a majority of The Hall. However, everyone’s clamoring for change, right?  I want to start by saying I was there to cover the “local acts” from South Carolina and as good as Nu-Blu is, during their set I happened to introduce my friends from Columbia to some locals that I’ve gotten to know over the past 8 months. From my research, Nu-Blu possesses spectacular harmonies and musicianship.  I now know why Eddie White, Grass in the Hall’s lead promoter, had them close the show.

The First act of the night was Columbia, SC’s Stomp-Grass outfit The Black Iron Gathering. We all know there’s bias in the media.  MSNBC is there to cover liberals and Fox News covers conservatives. That being said, I have a slight bias for The Black Iron Gathering. They pretty much embody the punk rock credo that I grew up on and played myself back in the day but they apply it to bluegrass. Anyone under the age of 45 would recognize that, but I think it was lost in translation to the older crowd that night.  TBIG tore into their set and never relented, while sprinkling in covers with their originals ranging from punk rock veterans Screeching Weasels’ “My Brain Hurts”, to their hard charging version of “Wicked Game” by Chris Isaac.  Personally, I would have loved to have heard their song “Flying Away” from their first EP.  I think it would have brought the “wine and cheesers” back and the acoustics in that room would have done that song a ton of justice. All in all they made a strong impression on the younger non-traditionalists, and they are on a path to bigger things in the future. Next up was Charleston’s own The Bushels. Being that the show was in their backyard, they had a stronger supporting crowd base. I had made an earlier recommendation to a fellow writer in Charleston to check out TBIG, he did the same for The Bushels and was right on the mark. Their set had a lighter edge than the opening act but they still introduced an updated feel to the genre. They kept the room light and melodic and every member brought their own style to each song played. It’s not bad having a band where everyone can sing just as well as the others.  As I was sipping on a Palmetto Ale enjoying The Bushels, I nudged my fellow writer on the arm and said, “Hey man, Mark Sanford’s sitting behind us with his girlfriend.” A few things were said back and forth between us and it was a little distracting.  But hey, when the ex-governor’s sitting behind you with another “famous” person, it happens. In any case, I strongly recommend The Bushels if you happen to see them on a music calendar.

All in all, it was a fun night of bluegrass and can’t wait to see more of you out at next month’s Grass in the Hall on Friday, July 12th featuring: Underhill Rose, Barefoot Movement and Flatt City.