From coastal Carolina Gullah lore comes tales of the Boo Hag, a flesh-stealing Southern incarnation of the eternal succubus/ witch archetype and this legend grants both the namesake and its eerie theme to the Columbia band of the same name. Drummer Scotty Tempo and guitarist/ singer/ songwriter Saul Seibert take Louisiana swamp rock to its logical East Coast extension on their self-titled record and in their hands it emerges out of the primordial cypress murk as a cabalistic and brute force version of occult concept rock. It’s garage punk sonically not too far from the visceral realm of the White Stripes or the Dead Weather but with a morbid bent that any Dax Riggs/ Deadboy & the Elephantmen fan could appreciate as a soundtrack for a night of drinking and smoking out in a backwoods cemetery.

Opener “Monster” has Seibert telling an autobiographical tale of a supernatural golem, punctuated by primitive yowls. Its bass-driven thumping ends in a metallic crescendo and in the next song, “Hokus Pokus”, Tempo keeps up the voodoo backbeat with a tale of magic that’s half-part brawling braggadocio (“I came to DIE!”) and also an ass-shaking surf-rock romp. Saul continues the role of esoteric preacher on the rumbling and crashing “Crypt Keeper”, which is probably my favorite one here. “Marie Laveau” is a tribute to the voodoo queen of New Orleans folklore and is a wailing gnasher that turns into a smashing rave-up by song’s end. “Vietnam” trades a little more in the contemporary version of psych-rock à la the best modern practitioners like Thee Oh Sees or Ty Segall, but with the band’s own devilish spin. “Left Right Left” has some twists and turns on swamp punk that remind this listener of Eagles of Death Metal and the closer, “Buffalo”, with its Jack White-style effects-laden vocals keeps things rolling smoothly until it hits a Zeppelinesque turbo-blues buildup.

For all the influences apparent here, the band does a great job of just being themselves and being a damn fine pure rock n’ roll band in the end. A lot of groups try to tackle a ton of styles at once and it can become a complicated mess, but Boo Hag have got a very personal genre and ethos nailed down here; sign my name in blood in the book of Palmetto Occult Blues Punk. Recommended for your next Halloween party and I can’t wait to check them out at the Jam Room Fest in Columbia next month.

Recommended if you like: The White Stripes, Deadboy & the Elephantmen, Eagles of Death Metal 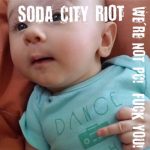 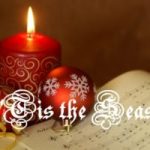