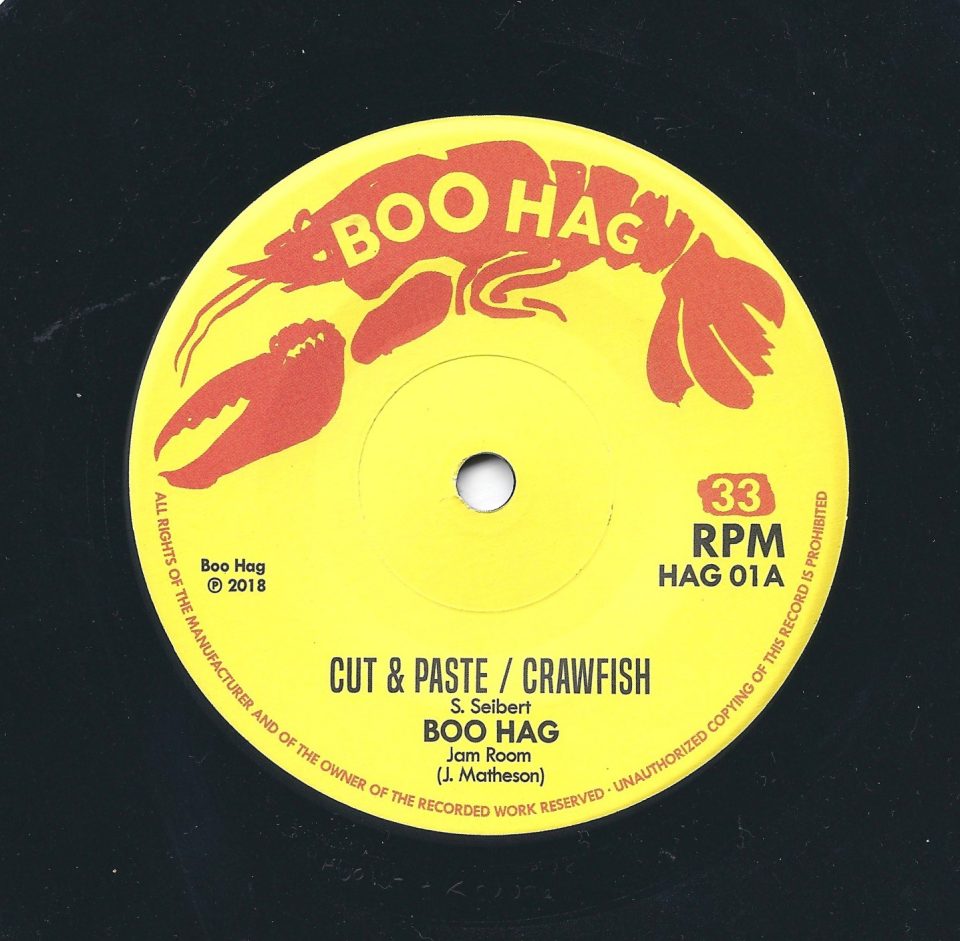 I love it when South Carolina artists have both the belief in themselves and appreciation for their fans to come out with awesome little 7″ EPs like the newest one from Columbia’s Boo Hag. Crawfish is a self-released 4-song slab of vinyl (soon available on bandcamp, either in physical or download format) that showcases several tracks culled from the larger body of unreleased work from the swamp punk band.

Surfy and upbeat, opener “Cut and Paste” is a little more straightforward punk than we’ve been used to from Boo Hag, an homage to Descendents/ Agent Orange and equal parts nostalgic to bands that inspired those bands like the Ventures, it’s a kind of a cleansing aggro declaration. The title track flirts with everything under the sun from 50’s style doo wop/ rockabilly to dixieland jazz, with singer Saul Seibert’s reverbed-out old school guitar attaining maximum surfiness, while drummer Scott E. Tempo’s beats are measured for total bayou atmosphere. Seibert reminisces about Acadian memories, both obvious and oblique, in his personal style that is at times, part humorous and part cryptic, but always intense.

Flipping to the other side of the disc, “Ghost” has a straight-up Cramps/ Reverend Horton Heat feel, nothing surprising from Boo Hag, and yet I feel like we are finally getting a more mature songwriting process, like the duo is ultimately feeling comfortable with who they are. “Shadows” is my favorite on this disc and already a Boo Hag highlight through their whole catalog. Starting with a mellow, static punkabilly vibe it soon meets an unhinged end through the force of Seibert’s vocals. It’s a compelling story of addiction and forgiveness, with the “Shadows” in question being either the darkness of abandonment or the shadowing of the same person who just might protect you. It’s deep, yall.

Boo hag will host a release party for the Crawfish record this Sunday (June 10th) at the War Mouth in Columbia, which will also include the debut of their Testify documentary film along with other musical artists, a live art installation and obligatory servings of gumbo (serious!). Should be amazing, so see you there.

Recommended if you like: Screamin Jay Hawkins, The Cramps, (early) Descendents, The Ventures 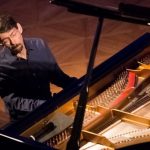 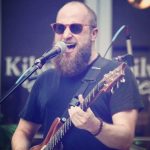