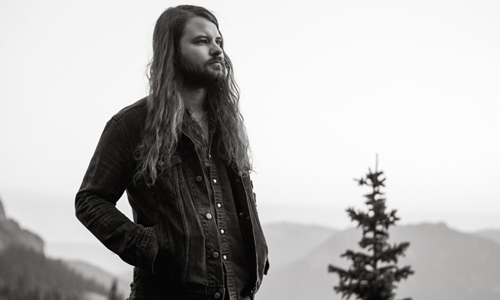 With a sound that is funky, swampy, gritty, and just flat out southern as Hell, Brent Cobb has been riding an ever increasing wave of momentum since his major record label debut, ‘Shine on Rainy Day’. In a span of two and a half years, Cobb has been nominated for a Grammy, made television appearances on Conan and Jimmy Kimmel, earned a nomination as Emerging Artist of the Year at the Americana Honor and Awards, and has been a featured act on the Chris Stapleton All-American Road Show Tour. Brent achieved all of this through old fashioned hard work and hard touring, mixed with a new breed of country funk that stays true to its rural roots. Brent took some time out of his busy schedule to chat with Jacob Boland about his influences and how music helped his family while growing up in rural Georgia.

JB: How old were you when you first picked up a guitar and what would you say drove you to music?

JB: What kind of impact would you say growing up in rural Georgia has had on your music?

BC: Man, every bit of influence comes from Georgia. When we go to Europe or to the U.K., I’ll have to tell the audience (with no apologoes), “Look… here’s another song about my hometown!”. I just can’t help it, man. It’s just from the people to the atmosphere. It’s the way people talk around rural Georgia. It’s really got a rhythm to it when they tell stories. Not just that, but famous music that’s come out of Georgia, like Otis Redding, Allman Brothers and Larry John Wilson, to name a few.  They’ve influenced every part of what I do.

JB: Your major label debut, ‘Shine on Rainy Day’, was nominated for a Grammy. What was it like to be recognized almost immediately for your major record debut?

BC: No expectations, no intentions, or any of that. You know, sometimes when something like that happens and it comes out of nowhere, you don’t know how to take it. I remember the morning I got the call about that album. My manager was blowing me up, the people from the label were blowing me up, and this was all before 7:30 a.m. in the morning. I thought initially that somebody might’ve died or something. I finally get on the phone and I’m sitting there getting my daughter ready for school and they tell me about it. It just came out of left field so much that I just finished getting my daughter ready and took her to school and was like, “Damn, I guess I’m not gonna torque ratchets for a living”. It was a very surreal moment.

JB: ‘Providence Canyon’ is now getting great reviews too. Tell me a little bit about what you think sets this one apart from your previous album.

BC: I was on the road the whole time I was writing ‘Providence Canyon’. We were playing to much larger crowds with Chris, and it’s mainly a musical perspective. It’s got a little backbeat, a little funkier, a little more electric, and it’s a little more rockin’. But, if you took that away and just got back to the songs, I still think it’s a very similar record.

JB: Who are some musical influences you have that may surprise some people?

BC: Well, I mentioned Larry John Wilson already. Not many folks know who he is. A guy from Swainsboro, Georgia. All that good Georgia ‘swampy stuff’. Tony Joe White, Roger Miller, Willie Nelson and Outkast. The way they write about the South and just the way they’re able to put stories into their songs when you don’t even realize you’re getting a message. I just love that. And you know, ol’ Nappy Roots.  That’s another one. You know, when I was growing up it was considered rap. But, it’s way different from what rap is nowadays.  Man, that stuff was country as shit. If you’re lookin’ back at it, it’s like country lyrics. To me, that’s the same stuff as what Larry John Wilson was doing back in the day.

JB: You’re going to be joining Chris Stapleton on his All-American Road show again after wrapping up an earlier leg of the tour. What’s it like to be on tour with him?

BC: It’s what you think it would be. Everybody is super kind. Chris went about it the same way that I did. It took him a long time before anybody starting listening. He’s really down to earth. Just like family. Always willing to listen to somebody he’s never heard of before. It’s like being at Summer camp.

JB: You’re on your ‘Sucker For a Good Time’ tour now. What can fans expect from you in the near future?

BC: We’re touring ’til March. Then, I’ve got a baby boy coming in April, so we’re taking off for that month, and probably into May a little bit. Then we’ll pick back up with some opening slots on things that I don’t think I can mention right now. I plan to try to get back into the studio and record another record at some point this year. It’s just trying to buy time right now. With that said, I still feel like for the most part, ‘Providence Canyon’ has yet to be heard like I think it will be heard over time. I don’t think it’s gotten its full listen just yet. So, I’m really looking forward to pushing that more. We just did our first run of shows. The crowds have been incredible. Everybody’s singing all the words and I just want more and more people to hear the music.

Brent Cobb will be bringing his ‘Sucker For a Good Time’ tour to New Brookland Tavern in West Columbia on February 8th. For more information on that show, the rest of the tour, and everything else Brent Cobb, click here. 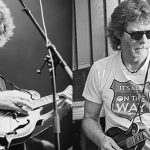 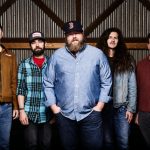