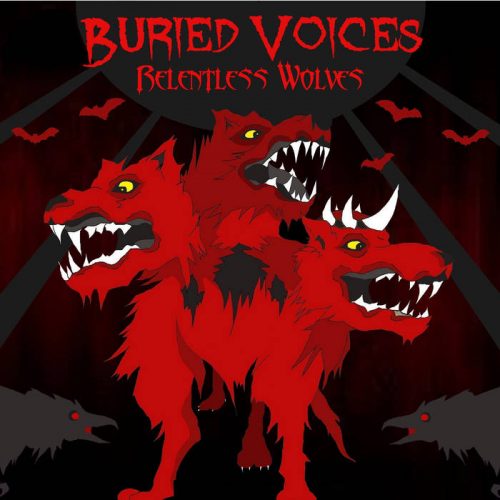 Make no mistake, the New Wave of American Hard Rock is a real thing and Lexington’s Buried Voices are slamming their vision of radio-ready metal straight into both impressionable young minds and even old ones like mine. Their second recording, Relentless Wolves, is a 7-song EP, and in the band’s own words, “an homage to the trials of wading through the current musical landscape as a ‘heavy’ rock band”. The proverbial wolves would be the record industry and other bands and all the other trials associated with playing a style of music that most music “critics” arrogantly dismiss. Recorded and produced by Cory Plaugh, the record has a modern and clean sound without sacrificing any of the power required by the genre definitions.

Opener “Make Friends with a Murderer” starts off with acoustic guitar passages any Metallica fan would dig and soon guitarist Mark Gaddy is blowing out Pantera-style riffs, the production making one heavy mass of pain careen back and forth between the listener’s speakers as we begin to see the horror-rock aesthetic of Buried Voices take shape. Even in the first track, it’s evident that singer Brian Owen has got great control and a melodic bent. When the mid-paced new-school hard rock of “Speak Low” starts slinging its metallic riffs, it’s still listenable as hell, with an extremely catchy chorus, straight out of any Hellyeah or Chevelle song. “I Remember Being Killed” has straight-up Dimebag riffs flying everywhere, with an Alice in Chains-style urgency. “A Kind of Shadow” begins with the aforementioned wolves howling and its Of Mice and Men-style metal-rock winds into the most surprising song of the bunch: a cover of Keith Whitley’s (?!) “If You Think I’m Crazy Now”, the hard-edged take of the country crooner becoming a deconstruction of ancient classic rock, à la Volbeat. “Black Jackal” shows the singer’s harder, more metal range, in the vein of Dax Riggs, going from clean to dirty. It’s violent, relentless, derogatory and a bit of a sweep from the closer, which is an acoustic piece meant to fade the listener out from all of the carnage.

Damn, this band made me want to listen to a lot of metal/hard rock that I hadn’t been paying attention to lately! If you have any interest in the previously listed styles, give this band a listen and you will definitely feel their power. These buried voices are coming to the surface, yall.

Recommended if you like: Hellyeah, Alice in Chains, Of Mice & Men 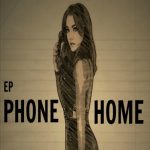 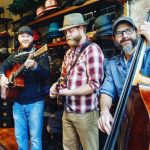