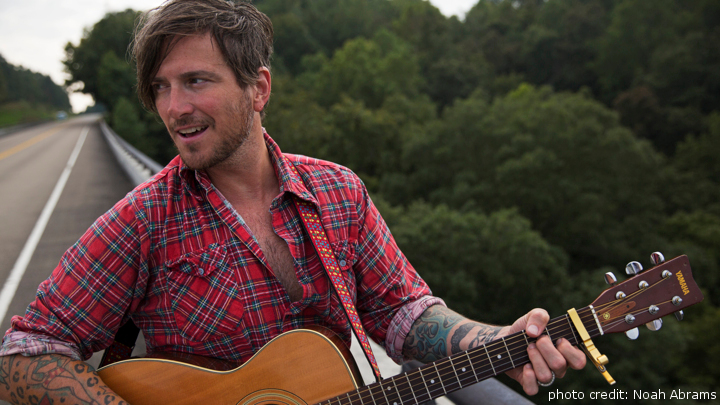 All of the things that make Butch Walker the musician’s musician, also make the job of writing about him much more difficult. That is because throughout his career Walker has defied labels and refused to fit into a nice, neat little category that one can immediately walk into and find in your local record store (yes they still exist). From modern pop rock in the late 90s with Marvelous 3, Walker managed to build a career and an impressive resume all before he was 30. He has spent much of this millennium as an in-demand songwriter and producer whose credits include pop artists such as Avril Lavigne, Katy Perry, and Pink. But Butch Walker the solo artist, is much less Top 40 and much more college radio. His sound is relaxed. It’s acoustic driven roots rock on one song and a dark, sweeping narrative with searing guitar on the next. Much like his musical counterparts Jason Isbell and Ryan Adams, his songs carry weight and connect with listeners in a way that leaves a mark.

Speaking with Butch by phone it is clear that this is the tone he wants to set for this tour. “It is really about feeling the presence of the band. There are tender moments and I am glad to see the audience breathing with me on this one.” He is touring in support of his most recent album Afraid of Ghosts which was produced by Ryan Adams and recorded at his PAX AM Studios in LA. Ryan’s fingerprints are evident in the heartfelt nature of the songs and the honesty with which they are delivered. “Working with Ryan was great,” Walker says. “Everything with him comes from the heart. It has so much feeling and emotion. There was no revisiting tunes. One or two takes and that’s it. He really keeps things fresh.”

Afraid of Ghosts is not a representation of everything Butch is as an artist. Rather it is a statement of where he is now. It is a poignant tribute to his father who passed away in 2013 and serves as a connection between him and others that have experienced a similar loss in their lives. The album is also, as Walker describes, a “jeans and t-shirt record.” It’s relaxing and doesn’t sound particularly dated.

One of the more beautiful tracks on the album is 21+ which tackles the realities of growing up in a small town and wishing for something more. “Often I would come in with an unfinished idea and I wouldn’t know how it was going to be played”,Walker explains.” With 21+ I didn’t think it was going to see the light of day and Ryan sat down and asked if I could play an unfinished song. I played it and he flipped out. So we finished it and I had the lyric. I grew up in a small town that most people never got out of. Factory job, three kids. That works for some people but I sense that sometimes people are unhappy settling for that.”

The recent resurgence of roots rock and Americana also has Butch fairly optimistic about the future of American music. “I’ve seen these waves come and go, and I couldn’t be happier with the resurgence in roots rock. I grew up on Tom Petty and all of this stuff. It meant a lot to me, to be growing up pre-internet in a small town. The only music you knew was what was played on the radio. I love that the younger generations are into it.”

Speaking of the younger generations, Butch has developed a reputation as one of the best producers in the business and has the accolades and awards to back it up. When asked if he could offer any advice to young bands entering the studio to make an EP he provided these words of wisdom. “A lot of bands overthink it to death ‘til they’re so scared. They end up getting in their own way. They take a year or more to finish something because they can’t commit. A song is a song. If it sucks it sucks. No amount of kick drum is going to change that. I’d say focus on the craft of songwriting instead of trying to make everything sound better.” Simple wisdom.

Butch Walker’s tour will bring him to Columbia this Monday, May 11 at the Music Farm and again Tuesday evening at the Music Farm in Charleston. He is supported at both shows by Jonathan Tyler and The Dove & The Wolf. Columbia’s show kicks off at 9:00pm while the Charleston one will start an hour earlier at 8:00. Be sure to catch this rare and special appearance by a gifted artist and musical craftsman. 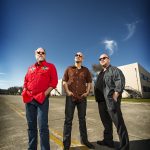 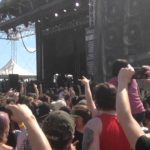