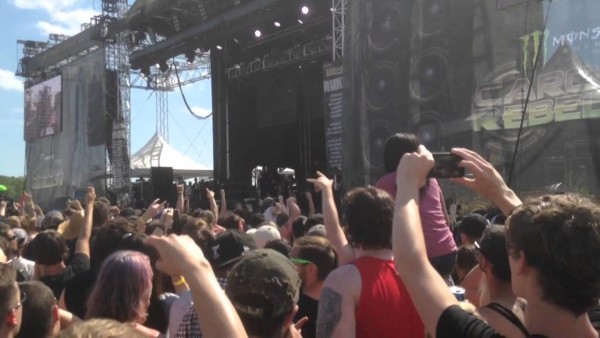 This year, the Carolina Rebellion was a first for me. Although it’s been going on since 2011, I have honestly never been fascinated by the event due to past line-ups not being of my personal interest. Since the first annual Carolina Rebellion, large crowds have embraced the festival. The line-ups for the festival have clearly been more radio friendly, clearly to attract a crowd that appreciates the mainstream flow of things (Hard rock/Alternative genres). In its first year, the event was at Metro Expo in Charlotte, NC and played to a sold out Crowd of 30,000. Godsmack and Avenge Sevenfold headlined the evening, and after the first attempt of a successful day of music there was much talk that the festival needed to be a full on weekend event.

The Second annual 2012 event moved to Rockingham Motor Speedway in NC. It was the first year with camping, which provided more space and accommodations for the attendees. The third installment of Carolina Rebellion took place with a few bumps in the road, so to speak. With the event being advertised as “rain or shine” the promotors were clearly unprepared for the approaching storm. There was nothing on the sides of the stages to shield the bands and all equipment from the rain. Bands canceled, and people sought relief from the storms while dealing with bossy personnel telling them to leave the shelters they had taken. The festival was shut down early on Sunday, which was quite a disappointment and, most likely, a huge learning experience for the promotors.   Some folks vowed to never return to Carolina Rebellion ever again. But when the event was over and the sky was done shitting all over everyone, the promotors offered a ‘partial reimbursement or a free ticket to next year’s festival, to all attendees.’ I personally think that the promotors did the right thing with the wide range of heavy profuse apologies and the offerings of tickets/reimbursements.

This year, the line-up for the 2015 Carolina Rebellion clearly got my attention. I saw SLAYER on the bill and I was sold. As I read further down the list of bands, I saw EXODUS, TESTAMENT, SUICIDAL TENDENCES, SLIPKNOT, INFLAMES, HATEBREED, CHEAP TRICK, MARILYN MANDON, RISE AGAINST, OF MICE AND MEN, THE PRETTY WRECKLESS and BUTCHER BABIES. I chose to attend Sunday May 3 due to my personal liking the strong lineup. Upon arriving I learned that the event was SOLD OUT!

The Pretty Wreckless:
Right from the beginning this band’s opening number blended with just dirty rock riffs and a sexy style of lead vocalist Taylor Momsen. Taylor’s style of vocals remind me of the straight up rock n roll that Joan Jett delivers. ‘Sweet Things’ off their latest release ‘Going to Hell’, came in super strong. All the vocals and harmonies sound very evil backed by a heavy dark vibrato. Aside from all the power driving riffs (that never seems to get old) and the great vocals, the band carried the show well. I am not sure if it was the heat or the beer buzz wearing off, but the crowd had to be stirred up a few times during the performance. One thing I do know is that it was definitely not the band that was a bit off.

INFLAMES:
I found myself rushing over to the Jagermeister stage to get a great spot for this band. Going strong since 1990 they are a Swedish Metal band with 11 Albums, 3 eps, and one live DVD. They hit hard, they hit fast, and they came out swinging with gratitude. Inflames is never a letdown live. With ear blistering vocals, massive noise with just the right amount of chaotic metal, these guys have a unique blend of true musicianship. INFLAMES is one of the most gracious and thankful bands out there today and they truly love their fan base. I am a proud be one to own everything these guys have released album wise, and from that I can say not one album is disappointing. Also, let it be known that with INFLAMES there is no reason to hype up the crowd during a live show. Like I said before they come out swinging tuff as shit, and everyone is fired up and ready. The band mixes great with the Carolina Rebellion atmosphere which is thankful metal community. They ended their set with ‘Take This Life’ and everyone went fucking nuts. Beer thrown everywhere, a few pits went into motion and EVERYONE was screaming along. LONG LIVE INFLAMES! I am so thankful to have seen them again.

SLAYER:
I’ve been listening to SLAYER since 1989. I’ve always loved their transitions from album to album. They’ve always proved to me that in order to do in life what you’re supposed to, you have to stay true to that purpose. Slayer has been so loyal to the metal community. Sure they’ve won some awards, played some pretty damn massive events, and have videos out there that carry a high amount of viewings. Known as one of the BIG FOUR (megadeth, anthrax, metallica) SLAYER is by far the fastest, loudest, best, and most diverse driving chaotic force that I love the most. There’s more to SLAYER than ‘Reining Blood’ or ‘Angel of Death.’ They opened up with ‘World Painted Blood’ which is the title crack of their last 2008 release. Then they pulverized the already ripped apart crowd with ‘POSTMORTUM’, and then slammed directly into ‘Hate World Wide’. Right when they started every single song everyone knew exactly what it was. The words were screamed by the dust covered crowd until the pits were too hard to avoid. When it comes time for front man Tom Araya to say a few words, that’s exactly what he does. He approaches the mic and stands there for about 2 minutes looking out over everyone not saying anything. While just smiling at the crowd, everyone feels it and they start to yell out SLAYER as loud as they possibly can. Tom may mention a few things about how awesome the day is at the event’ and give the usual ‘Dead Skin Mask’ intro. But after a few words from the front man it’s right back into it. Slayer was hands down my favorite while enjoying my first experience at Rebellion. If I could have a say in the booking for this event I say SLAYER should be residents at this festival for the rest of its days.

In closing I would like to mention that if you’ve never seen Slipknot before, then it is a much needed experience. Opening their set with XIX, then slamming into Sarcastrophe (off their most recent 2014 release .5 The Grey Chapter.) As the stage ignited in flames, pits were happening all the way from front to back; it was a nonstop rush of noise, flames, and speed. I have always wanted to see Slipknot live and I’m glad that Carolina Rebellion was my first time. The overall experience of the festival is best described as MASSIVE! It is not only because of the crowds or the location, but due to the intensity of everyone’s love for music. I talked to so many people there that had a true love for metal that had been saving money for a long time to go to Rebellion, and they were so thankful to be there. At Carolina Rebellion you’re never waiting in long lines for food, beer, bathrooms, and the overlap of set times isn’t horrible either. The folks that go to this festival have a true passion for metal and Hard Rock/Alternative music. I understand the fact of blending everything together (genre wise) for the making of a huge event such as this. Carolina Rebellion is the perfect festival for that blend. I can see myself going back again and again. I only hope that as the festival rolls on that they strive to continue the great service that they deliver to the metal community. 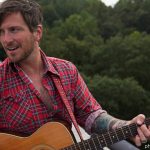