As of the end of February, camping, VIP and Hotel Packages sold out for the fifth annual Monster Energy Carolina Rebellion, which will be held May 2 & 3, 2015 at Rock City Campgrounds at Charlotte Motor Speedway just outside Charlotte, NC.

Never fret metalheads, the mid-Atlantic’s biggest rock festival is offering additional options for those that haven’t purchased tickets yet.

Currently, ticket prices are as follows:

For full festival details and to purchase tickets, visit www.CarolinaRebellion.com.

Those that have purchased camping or hotel packages will be able to attend the Friday night Monster Energy Carolina Rebellion Bud Light Kick-Off Party with performances by 21st Century Goliath, Failure Anthem and Brownout presents Brown Sabbath on the Jägermeister Campground Stage in Rock City Campgrounds. The party starts at 7:30pm on Friday, May 1. 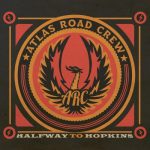 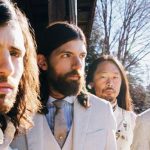