It has been about two years since singer/songwriter Haley Dreis made the trek up to Nashville from Columbia after she graduated from USC.  Just recently, I had the opportunity to catch up to Haley, along with her touring musical companion Caleb Caudle, as they made a stop at the Red Door Tavern in West Columbia.

For  those unfamiliar with Haley, let me briefly shed a bit of light.  This is a young lady with an enormous amount of talent.  Starting on the violin at the age of six, Haley came up through the musical ranks honing her abilities through high school and culminating with earning her degree in music from the University of South Carolina.  In addition to violin, she is also fluent on the guitar, piano and ukulele.  Being a multi-instrumentalist certainly has its advantages when writing and recording music, and she currently has three albums to her credit.  The latest album is “Lady with a Rocket”, which was released during the Fall of 2012.  Apparently she is doing something right since her fan base has collectively funded over $18,000.00 via Kickstarter to independently release her albums.

When we met before her show I asked her about the transition to Nashville.  After playing the circuit around Columbia and various other areas of the

state, she felt as if she had reached somewhat of a ceiling and had tapped her resources.  She was also looking for more of connection to be made since she was one of the few female singer/songwriters playing in and around town.  After one visit to Nashville upon advice from her friends, she knew it was the right fit since the town is strongly geared toward her goals of becoming an established and successful songwriter.  For Haley it has been an easy transition since Nashville is home to many aspiring musicians, and the connections just seem to fall into place.  In addition, she has also run across a fair number of her fellow musical brethren from Columbia, who, like herself, are also trying their hand at giving Nashville a go.  Her good friend Jesse Isley now makes his home in Nashville, along with John Wesley Satterfield, Lauren Lucas, and Hannah Miller, just to name a few.  She has even had time to do a bit of songwriting with the likes of Jake Etheridge, from the band “Cherry Case”.

Nashville is a town that can make musicians choose sides when it comes to both songwriting and performing.  In Haley’s words, “the town kind of forces you to make a decision when it comes to these topics”.  However, according to Haley, she tends to split this idea straight down the middle, 50/50.  It is great to be able to write for others, but if she did not have the outlet to write for herself and perform she would ultimately not be happy.

Meeting Caleb Caudle last year, Haley was able to collaborate and play violin as part of his band.  It was not until last October that Haley and Caleb discussed the notion of leaving their numerous part-time jobs in order to strike out on their own and play music full-time.  Although risky in nature, they both knew that they wanted to take the risk and make playing music their job and profession.  The duo spent 4 months planning their current tour and initially sent out over two thousand emails.  They soon had three months of dates booked and they just progressively added new shows as time went along.  According to Caleb, the shows are getting much better with larger turnouts of fans, which is always a great thing.  So far, they have spent more time outside of their respective towns (Caleb currently resides in New Orleans), in exchange for a life of shows on the road.  For both Haley and Caleb, the experience is proving to be more rewarding than they dared hope.

With a successful first tour under her belt can we expect to see Haley Dreis swing through South Carolina more often?  Oh, I would say that’s a strong bet! 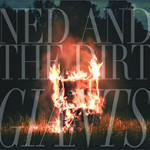