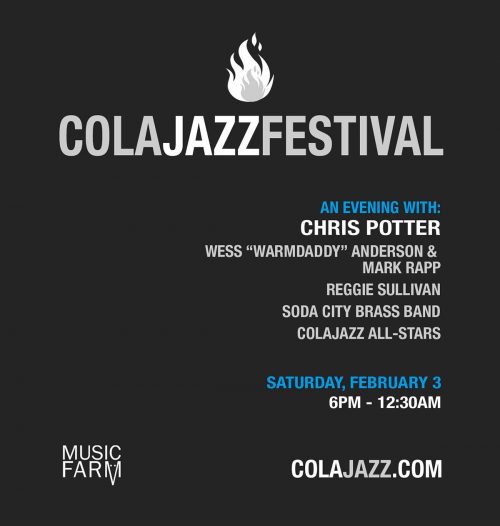 This Saturday ColaJazz, in partnership with Music Farm Columbia, is proud to present the first Cola Jazz Festival. The Music Farm will freshen up it’s interior with cocktail table seating, couches, a VIP section, and mood lighting, warping from warehouse to jazz club for the night. Columbia native and Grammy nominee Chris Potter is the feature musician for the festival. Potter grew up in Columbia, graduated from Dreher High School, then moved to New York and took the jazz scene by storm. Since his start performing at the age of eighteen with Bebop icon Red Rodney while attending the prestigious Manhattan School of Music, Potter has released over fifteen albums as a band leader. In 2014, Potter was named the number one tenor Saxophone player in the world by Down Beat Magazine.
Internationally acclaimed Saxophonist and Lincoln Center Jazz Orchestra member Wess “Warmdaddy” Anderson will also perform at the festival. Warmdaddy’s comeback CD, Natural History, was recorded at High Fidelity recordings in Columbia and a collaboration with trumpeter and ColaJazz founder Mark Rapp. The lineup is rounded out by local favorites The Reggie Sullivan Band, Soda City Brass Band, and the ColaJazz All-Stars.
Tickets for the 2018 ColaJazz Festival start at $25.00, along with a $75.00 VIP ticket which includes access to a special viewing area and food included. Chris Potter will also be performing at a special meet-and-greet session starting at 6:15 p.m. The session will last until 6:45 and those attending will be treated to a short show by the saxophonist along with a photo for $40.00. For more information visit the colajazz.com or check out the festival’s Facebook page.
2018 ColaJazz Festival Schedule:
6:00 p.m — Doors Open
6:30 p.m — Soda City Brass Band
7:30 p.m — Reggie Sullivan Band
8:30 p.m — Wessel Anderson Quartet
9:30 p.m — Chris Potter
10:30 p.m — ColaJazz All-Stars 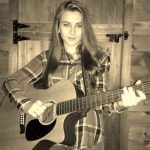 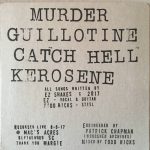