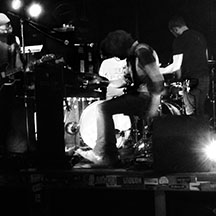 Great music has a tendency to move an audience. It has a natural energy that sweeps up the listener spiritually and physically and carries them along for the ride. This energy filled New Brookland Tavern Friday evening when British alternative dance band Crystal Fighters took the stage supported by Columbia’s very own The Sea Wolf Mutiny. Crystal Fighters are taking some time away from their own role as supporting act for Portugal. The Man and came to New Brookland Tavern stoked about getting back into the smaller venues.  Their popularity in Europe and more recently here in the states has led to bigger stages and larger audiences, but Friday night’s show is one that gave them the chance more intimately connect with the crowd.

The tavern was filled as local South Carolina indie rock act The Sea Wolf Mutiny took the stage in a highly anticipated show that did not disappoint. Led by singer Bobby Hatfield’s talented vocals, the band tore into a well-rehearsed set of original material that quickly earned the crowd’s respect and enthusiasm. The Sea Wolf Mutiny has firmly staked out its place in the indie rock genre with comparisons often made to such bands as Coldplay, Band of Horses, and Fleet Foxes. However, there is a theatrical element to their live performance that completely engages the listener and turns their live set into a live experience. Do not make the mistake of thinking that there are theatrics however, as they are clearly committed to a music-first mentality. Their brand of theatre in much more in the vein of Warren Zevon meets California Canyon Rock with great dynamics and beautiful melodies. The Sea Wolf Mutiny remains organic and unpolished in a purposeful way that is powerful enough to stay with you long after the band has left the stage. This is a group of talented musicians that craft songs with a clear vision of where they are and where they are going. Go see The Sea Wolf Mutiny while they are still in your own backyard.

Headlining Friday evening’s bill were Crystal Fighters, an alternative dance band from London. This band is built to supply a steady dose of positive energy. Sitting down to chat with the band’s guitarist, Graham  Dickson, it was clear that this band aims to pull together influences from indigenous cultures such as Northern Africa, the Basque region of Spain, the electronica of London, and the collective vibe of Laurel Canyon and deliver these in the form of a cohesive, highly danceable, energetic blend of music. They employ a wide range of instruments to aid this musical mission including some from South America, a txalaparta (a traditional percussive instrument from the Basque country), and guitar tones from Africa. The result is infectious. They manage to take a fairly complicated mix of instruments and influences and produce something remarkably uncomplicated. It’s Party Music. It’s not rocket science and why should it be? Crystal Fighters are all about keeping the music fun and leaving it right there. They may take you to a higher spiritual plain, but you will be sweating you’re a$$ off when you get there.

Crystal Fighters are currently touring in support of their latest release Cave Rave.  Much like their live performances, the album is designed to be played at high volume to large parties with listeners intent on having a good time. The album’s title actually gets its name from one of the most epic shows Crystal Fighters have played to date. The band recently played a rave inside a cave set in the Basque country of Spain. The cave was once used to burn witches and has been the home of ceremonial rituals as far back as 10,000 years ago. I’ll pause while you read that last sentence again. Yes. It was as cool as it sounds. The album sounds absolutely current. If there was a musical genre called “Now,” Crystal Fighters would fit squarely into it. The show Friday night served as a great introduction to contemporary folk electronica that unfortunately does not often find its way into our state.  Take some time to listen to listen to Crystal Fighters and if you have the opportunity to see a show do not hesitate to go. Just drink plenty of fluids.

For more info on Crystal Fighters

For more info on The Sea Wolf Mutiny 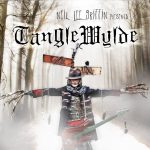 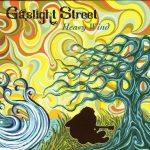