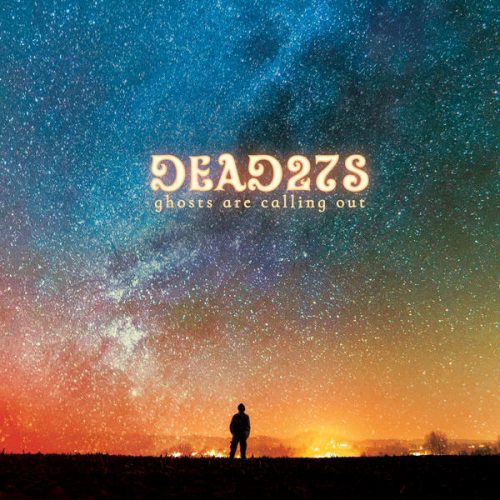 I was fortunate enough to see Charleston, South Carolina’s Dead 27s play live as an opening band for Earphunk in 2016, and their performance indeed lived up to the oft used adjective “incendiary.” The band’s EP, Chase Your Devils Down, available at the time (issued in 2014), which I bought at that show, does a very admirable job of capturing the energy, passion, and grit of what was a top-tier live performance – and the EP has held up to multiple revisits since.

So, personal expectations were rightly high when the opportunity to say a few words about the Dead 27s’ 2016 full-length release Ghosts Are Calling Out presented itself. First, I’ll cut through the subterfuge quickly and say this album is good (and, in parts, really good). Accolades for the Dead 27s, like “Rock Band of the Year” as voted by readers in 2016 Charleston City Paper’s “Charleston Music Awards” and ranking in the top 24 of VH1’s “Make a Band Famous” competition, are definitely not some kind of scratch-your-head mix-ups. They prove again that they are soulful, musically talented, sonically intriguing, versatile, and can turn the amps up when they want to. But I wanted to like this album just a little bit more than I did.

2014’s Chase Your Devils Down threw down several forays of just straight-up, soulful rock and roll, complete with all the requisite ragged edges, like the Rolling Stones (when they choose to be that way) or, more aptly, the Black Crowes at their most raucous and most bluesy. Indeed, “Don’t Comfort Me” might be too close a “southern harmony and musical companion” for everyone’s comfort. But that is also a significant part of the charm there, and other songs like “Jasper County Blues” and “Last Time I Get Burned” just feel right, which keeps drawing me back to the Dead 27s’ EP quite often.

And Ghosts Are Calling Out begins exactly that way again with “What A Waste,” complete with driving drums and guitars. Mid-album “Scarecrow” rocks just as hard with a gritty, angular guitar groove and strong layering up of the guitar work as it progresses. And “Only One” brings the album back full circle to the energy and guts of “What A Waste” and is a strong closing track for the album. All are pretty dang great listens.

Elsewhere, more eclectic sound experiments abound (some more successful than others). The second track, “Queen,” feels more like 1960s “Build Me Up Butter Cup” infectious doowop, and “Already Dead” could be a lost track six on a 1970s era Boz Skaggs or Toto album. “Grey Skies” would play well at a Folly Beach shag dance party, even with the heartbreak-themed lyrics masked by the breeziness of the sound. It may be a logical extension of the equally good-vibe-inducing “Let Your Mind Go” from Chase Your Devils Down, even if I maybe prefer that song to “Grey Skies.” Let me be clear here:  there is absolutely nothing wrong at all with songs like these. It is, however, a little thematically jarring and a seemingly odd bridge between the heavier soul of songs like “What A Waste” and the more psychedelic funk territory interspersed throughout the rest of the album.

Unfortunately, this latter territory is where I think Ghosts Are Calling Out starts losing some of its oomph. It’s a little unclear what the 54-second freak-out fragment “Intergalactic Dream” is supposed to be doing. But, hey, maybe sometimes you just have to play with new gear and do something self-indulgent. And it’s not the worst quick lead-in to some of the experimentations and textures that show up in “Fantastic” immediately following. However, “Fantastic,” “Hustling, and “Rainbow” all feel slightly filler-ish as the album loses momentum (albeit “Fantastic” does feature some strong lead guitar work, and “Hustling” lays down a decent retro-funk groove). The exception is the church paean “Emanuel” at track 10, a song dedicated to the victims of the June 17, 2015, Mother Emanuel AME Church shooting, their families, friends, and the entire city of Charleston. This song is a genuinely touching, deep-track gem that slows the tempo down, amps the emotion up, and is just flat-out powerful and plain beautiful.

So overall, Trey Francis’ lead vocals here are clean, pure and basically on point throughout (and he isn’t afraid to drop in and out of falsetto or other vocal nuances when the songs call for it). Also, and the band’s musicianship is more than solid with Wallace Mullinax and Will Evans on guitars, Oliver Goldstein on bass, and Daniel Crider playing drums, perhaps even better than on their EP. This lineup is the same as on their self-produced 2014 release, but the production for Ghosts Are Calling Out by Ben Ellman (of New Orleans-based art-jazz-funk ensemble Galactic) this time is more polished, cleaner-edged, and more musically diverse and funk-driven than Chase Your Devils Down. Perhaps taking a looser and funk psychedelia turn for this album makes sense (Dead 27s are previous openers for Galactic, Earphunk, and the Marcus King Band, among others in the past couple years). Regardless, while making for a more varied sound experience, I’m not convinced that this change is totally a good thing.

Dead 27s as a band name choice clearly references (and is deferential to) the numerous iconic rock artists across multiple musical genres who passed away at that age, and the stylistic blends and nods to past eras and past artists are clear and convincing without being overly derivative. And I applaud the sonic experimentation and expanded musical textures that emerge on the band’s first full-length effort. But the Dead 27s just seem to me to be at their very best when they let the pure and straight-ahead rock and soul influences play. Nothing on Ghosts Are Calling Out really has the rawer punch of “Don’t Comfort Me,” “Nobody’s Fault But Mine” or even “Penny,” from Chase Your Devils Down. But of course, maybe that’s just because that earlier effort is as good a record as it is.

This band is packed with talent, and I feel confident that even greater things are ahead that will easily fill up those other 1.5 stars on forthcoming releases. 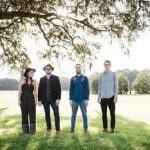