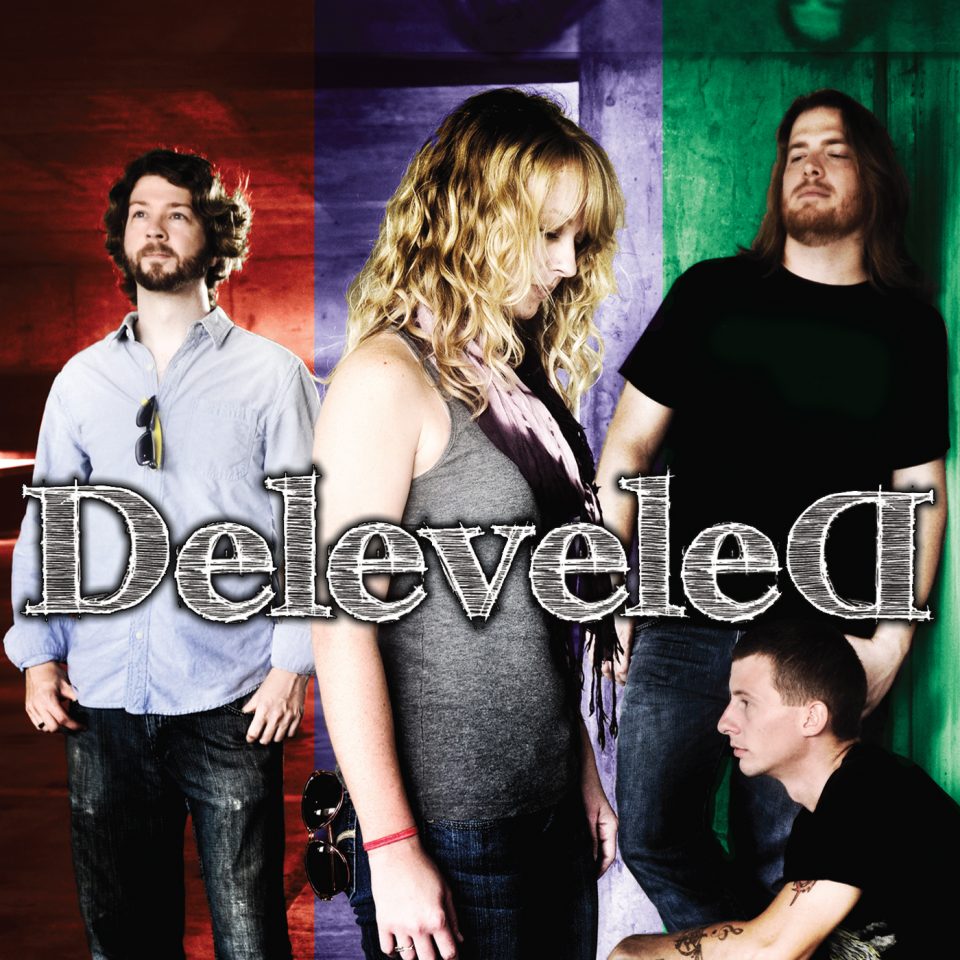 Columbia’s modern alt rock champions, Deleveled, showcase their return to the studio with a self-titled collection of six songs clocking in at 25 minutes. It’s either a short LP or very long EP, depending on how you’re keeping score, but the run-time does a fine job of keeping the listener engaged without overstaying their welcome. Once again, the group takes a lot of influences and stirs them up, with the results being the creation of a fairly unique band persona. Guitarist Jeff Pitts takes lead vocal duties more often than Jessica Skinner, but both get their turn on the mic, keeping the dynamic level high and the interest level up. Matt Biddle on bass and Sammy Roland on drums keep it polished sounding and the production of Kenny McWilliams is, as expected, world class.

Opener “Old Stories, New Questions” begins as peppy indie pop, complete with Jeff singing over a sprightly U2-ish riff. But all is not as it seems here, as the chorus suddenly pounds the listener with a busy, Foo Fighters-style guitar riff, driven home by some great vocals by Skinner. Love it when bands change the singer up unexpectedly, and Deleveled is no exception. Biddle throws out a moody bass interlude that adroitly matches the theme of the song, which is pondering about memories and other reflections on the past. Synths fade in and out as a new wave guitar motif repeats on “If You Wanna Stay”. Totally ’80s in the best way, à la the Cars or Cyndi Lauper, the traded verses between Jeff and Jessica work well along with some cool busy drum moments and guitar riffs. Jeff gets in some solid soaring vocals during the chorus with the addition of sweet harmonizing from Jessica. I like the little guitar flourish at the end; it caps the song off nicely. “How Could You” has a ’90s alt-rock feel but with near-metallic guitar straight out of the Def Leppard playbook. Jessica sends the chorus into almost modern-pop-country territory; thankfully, the down-home tinge in her voice is always there, even when she is rocking it out. But even as she is giving the bridge a bit of an R&B (!) edge, all of the genre-shifts never seem forced. Jeff carries the lead vocal on “Time On”, a keys-driven power ballad, which is a bit of a respite from the earlier rocking numbers, but the band can’t keep away from the rock; “Tiger Lips” is pure ’90s alternative. it’s got subtle little keyboard parts and it’s nicely bass-driven, reminding me of the Toadies at times. And yes, if you have been waiting for it, like me, a succinct and burning solo from guitar hero Pitts! Final song “Soma” is expansive and branches out from a melancholy and quietly strummed guitar with effects under Jeff’s singing, not unlike Nirvana or Bush, ending in some atmospheric electronics and ambient samples, along with horns and other effects. It’s a fitting ending to an introspective tune and a bit of post rock that shows the band isn’t stuck in a pop rut and wants to experiment, too.

This is the first Deleveled album with Jessica writing songs and the difference is evident. A far cry from the folky indie pop of Pitts and Skinner’s other band, Prettier Than Matt, it gives the two a great chance to branch out and explore more avenues outside of that band’s signature sound. If you are looking for some modern rock with roots in your favorite ’80s/’90s bands, but with a fresh take, check out Deleveled.

Recommended if you like: Foo Fighters, Def Leppard, Shinedown 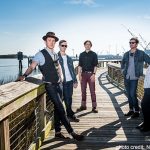 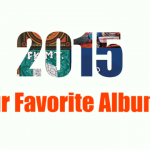