The College of Charleston’s Arts Management Department hosted part two of their In the Mix Series, hosted by Mark Bryan, and focused on what goes on “in the studio” when creating an album.  Successful producers Frank Rogers (Darius Rucker), Dan Hannon (Manchester Orchestra) and Duda Lucena (Borboleta Studios) discussed important aspects of mastering, business modeling, and pre-production processes that should be considered when recording an album.  Students, along with local musicians in a packed classroom, learned how professionals organize and produce their artists’ compilations.

As with most musicians, Duda, Dan and Frank began developing their interests at a young age.  Duda would listen to his father serenade the family with the guitar, and dreamed of being a classical guitarist.  Dan started teaching himself guitar by age 7, eventually taking drum lessons.  His strict teacher forced theory onto the future producer, and Dan begrudgingly learned other instruments as well.  Around age 12, Frank began showing an interest in music. He’d copy home recordings to cassette tapes, and do just about anything to get into a studio.  Each person eventually became a leader in their specialty and offers the following guidelines to up and coming artists.

The song is the most important part of the mix.  Frank Rogers says, “An unnamed artist spent $4 million on an album, but he didn’t have any good songs.”  Needless to say, that gentleman didn’t sell many albums.  When orchestrating the song, achieving balance with lyrics and tempo is necessary.  “The hook, either lyrically or through medley, is what is going to grab people’s attention and keep their interest and make them want to listen to the song 100 times,” Rogers goes on to say.  Dan pointed out that terrible lyrics can be beautifully sung while even the most wonderful lyrics can be sung terribly, or even worse, dully.  Thus, creating a hook is imperative.

One of the most important aspects as a producer when listening to new music is instinct.   “Trust your gut,” Dan says.  Early in his career, Dan came into contact with a kid in a church who wanted to record some tunes for his family.  Having no experience in Christian music, Dan  decided to approach the new style the same way that he did with rock and roll, but with lyrics about God.  Upon final production, the album was picked up by an indie label and went on to be #1 that year.

Mastering, a post production technique, is essential but can be overdone.  Mark Bryan told a story about one of the first Hootie and the Blowfish albums that had been mixed and sent for mastering.  When it came back, it was muffled and sounded horrible compared to the original.  “When we A/B’d it…the original sounded much better.”  Duda acknowledged that a little touch can go a long way.   One of the key components that Borboleta is currently working on is reducing the loudness of many albums.  Jessica Lucena, Duda’s wife, called it the “anti-loud” agenda.

One consideration for producers is avoid becoming land-locked in their style.  When asked what their style was, none of the speakers could identify one thing that they did.  Consistently speaking, they are inconsistent and always looking for new ways of thinking and accomplishing a task.  Curiously, one of the ways of recreating a Dobro is to cover a microphone on a table with a soup can.  “Make sure there’s a hole on top,” Frank laughs.  “It needs air to pass through.”  Never let yourself go stale and get into too comfortable of a rhythm when developing your craft.

Considering the business angle of the music business isn’t something that many musicians aspire to do or think about, but it’s a necessary evil.  Early in your career and before you have family, it’s easy to dig in and work for free, not plan, and just fly by the seat of your pants.  Once you have family to consider, things change instantly.  Also, lawyers and managers can change the dynamic of a project.  Friends working on a project together should broach the subject matter when it’s least important to them and determine what happens if the song makes it big?  One sure thing, as they all agree, is that at some point you are definitely going to get screwed on a contract.  Make up your mind to either fight it for the next ten years, or learn from it and go forward to the next thing.

As a producer working with bands, it’s necessary to be honest when something isn’t working.  Letting musicians know that they’re not ready to mix as they just don’t have enough songs, their songs suck or sound alike, or their voices aren’t ready for the day’s recording shows the musicians that you care about them being successful and not just wanting their money. It validates the producer and adds credibility to the studio.  In the same vein, taking into account what the artist wants to accomplish but not imposing your will against theirs is also a good idea.  “It’s about choosing your battles,” says Dan.

The current business model has offered producers a portion of album sales as payment for their hard work, but with changes in technology and theft of intellectual and artistic property, a new model is being created.  Producers and artists are now having to consider budgets more in pre-production.  New ways for paying for producers, studio bands, and sound engineers are being re-forged for fairness.  “Know your craft… there is no substitute for being an expert,” Dan illustrates.  Frank adds that being self-contained and being able to do as much as possible yourself is also helpful.

Overall, the job of the producer is to make the album sound good.  Finding people you enjoy working with, enjoy listening to, and having an instinct for picking out songs is a great start to becoming successful in the industry.  Not being afraid to be honest and having well thought pre-production planning is encouraged.  Be competitive and creative, as there are guys and girls making their own music on their laptops.  Most of all, the speakers want us to know that if you have a backup plan, you’re not really serious about being in the industry!  Stay focused and become an expert. 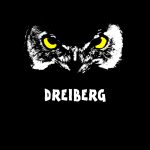 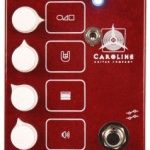