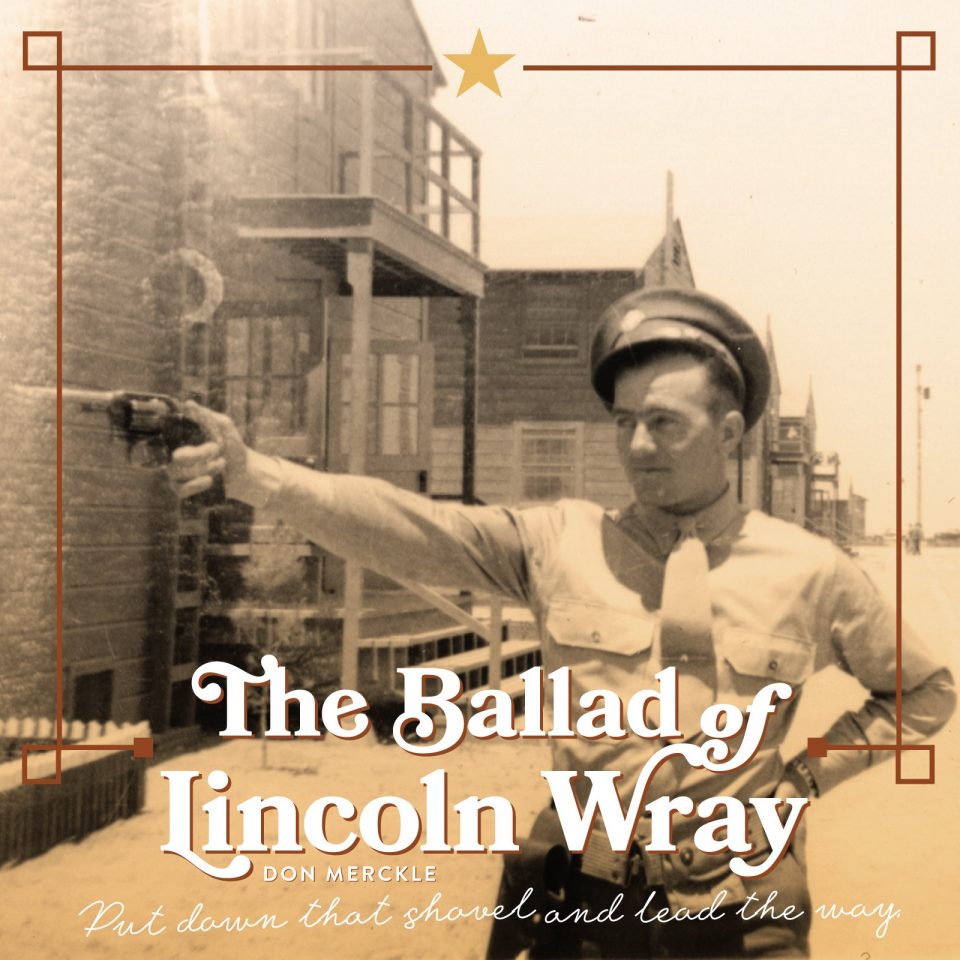 Don Merckle is no stranger to the North and South Carolina music scene, he has played countless shows and been an inspiration to both local and touring artists. On Merckle’s latest effort, an EP with 7 tracks, 2 which are repeats in the acoustic format, the listener is taken on a journey about life, struggles, love and loss with a focus on fighting and perseverance through the introspection of the fictional character ‘Lincoln Wray.’ Thematically the album tone is set by the song titles “The Ballad of Lincoln Wray”, “Cold, Cold War”, “North Carolina”, “Follow Me Boys” and “My Lord, My Lord”; evoking an almost eerie Civil War era. Perhaps the reference to ‘Lincoln’ is hidden in the identity of Lincoln Wray or perhaps it is a subtle reference to Abraham Lincoln with a lyric like “Lincoln right, Lincoln red” – the listener could draw a correlation between Abraham Lincoln’s affiliation to the Republican Party (the “red” and the “right” party), whose political platform today aligns more so with the opposing (Democratic/Left Party)…but let us not get political. Moreover, “the World is calling you for this mighty chore” leaves the listener wondering if this isn’t a monumental Presidential reference when also coupled with “into the mountains, into the streams, into the Hell fire, into the screams” certainly paints an imagery of war, possibly Civil War with the intent of bridging this time and history lesson to the war of humanity we still fight today, locally and globally.

The Ballad of Lincoln Wray goes on to explore personal relationships battling both inner struggles and a conflict with perhaps either a lover or the surrounding environment or both, as heard on “Cold, Cold, War” with lyrics like “half a World away, still your light shines through”….”I never thought I would lose myself, so far away.” “North Carolina” packs a lyrical punch reminiscent of a Guthrie/Dylan/Prine mixture perfectly describing a scene from the NC hills, if you’ve ever been there, from the “youngest of fourteen” to “taught her to read and spell her name” the listener completely connects to the lifestyle and struggles of that area. “Follow Me Boys” promises to “get us off this mountain side, follow us to our doom” and, again, is suggestive of a general leading his troops through war-time landscape but with no promises, only the cavalier spirit of courage and determination. “My Lord, My Lord” is definitely a nod to being looked after “these frozen nights put me in a room….my Lord, my Lord you’re watching over me.”

Sonically, Merckle’s latest EP is a refreshing creation- an alternative to the often predictable “Americana” instrumentation of the “Nashville Sound” with pedal steel, big organs, lap steel, reverb drenched pentatonic scale leads and an occasional shaker or tambourine. Merckle throws the listener a curve ball with gentle galloping piano, tasteful brushing on the drums and combination of Trumpet and Saxophone which make for a unique sound not usually heard on an Americana style album. Even though backing vocals make a few tasteful appearances this album was carefully crafted and not over-produced. I hear influences from Vic Chestnut and his work with Widespread Panic on the album with Brute on the second track “Cold, Cold War”, a Guthrie style of flat picking/strumming on “North Carolina” and the warmth of some famous SC native singers minus the vibrato. Merckle has a creative touch with lyrical imagery and this album is sure to please with contributions from Ace Evans (Lead Electric Guitar), Jonathan Lovett (Piano/Organ and Bass Guitar), Andrew Hoose (Drums), Mark Rapp (Trumpet), Sidney Mitchell (Saxophone), Shelley Magee (Background Vocals), and Lovelle Jones (Backing Vocals). 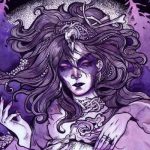