I recently caught up with Luke Mitchell from The High Divers on their way to play The Springwater in Nashville, TN. with Motel Radio. Luke and the band all stem from the Hilton Head and Bluffton area where some members had played together in various bands since the budding ages of 14-15 years old. Now young adults, The High Divers formed as they all moved to Charleston, SC on the same day. Some highlight venues for the band have been Callahan’s in Mobile, Al. and The Royal American in Charleston, SC.

The High Divers have been no stranger to the road, playing multiple month long tours they have reached fans across the region and are pressing for more touring. Luke talked a bit about his taste for instruments, currently enjoying a Tom Anderson Jazz Master style guitar (a small company based in California) and a Gibson Les Paul Jr. Also, Luke has been partial to a ‘Little Walter’ amp (NC) also used by the likes of Vince Gill as well as a 1968 Fender Princeton tube amp. The High Divers evoke a sound reminiscent of Neil Young, Wilco and Tom Petty while still forging their own original sound.

Currently the members of The High Divers are: Kevin Early (Bass Guitar), Julius DeAngelis (Drums/Percussion), Mary Alice (Piano/Keyboards) and Luke Mitchell (Acoustic, Electric Guitar). While The High Divers have stepped on to the music scene as a Charleston, SC based band about 2 ½ years ago they are going strong and continuing to tour. Luke and bandmate Mary Alice are getting married in April, adding an element of security to the project and taking inspiration from local favorites Shovels and Rope as to the vicissitudes of touring life and the reality of being in a relationship both with a significant other and a band.

More exciting news is that a yet to be titled album is scheduled for release July 28th 2017, a project in the making since June 2016. Mitchell says the new material may surprise some fans; they’ve “shedded the countryish side” to “not be labelled southern rock” says the front-man. While shopping to some record labels, these road tested musicians realize the shift in the traditional music model to the more current reality and approachability of the D.I.Y. movement. Following in the footsteps of many other successful musicians from South Carolina, The High Divers tip their hat to bands like Susto, Brave Baby, and The Artisinals for releasing great music and keeping South Carolina in the eye of the media for a hotspot of talent. If you miss them this weekend at St. Pat’s in Columbia, keep an eye out – they are sure to play at a music venue near you soon! 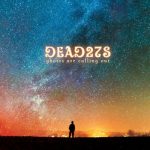