I had an opportunity the other day to meet the legendary Blues singer from Bishopville, SC, Drink Small. He and his band were performing at Home Team BBQ in West Ashley (Charleston) for a combination jam and book signing event. The author, Mrs. Gail Wilson-Giarratano Ph.D., was also in attendance, as were wives of all the band-mates. Small, surrounded by his friends and family, delivered one of the most fun and poignant sessions in an intimate setting with seats lined up around the small stage and a tiny dance floor available for those who wished to get up and do a jig.

The significant event honored Drink’s history throughout the state as the Bluegrass Doctor, one who was influenced by the great BB King and Fats Domino. Being badly injured during an accident as a young child, he spent much of his time listening to the radio and dreaming of being a musician. The book talks about his lengthy history with his large family on the Stuckey Farm in Bishopville and how he came to be known as Drink Small.

His lyrics are often colorful and sometimes naughty, but he seems to have a real affection for Charlestonian women. In the song “Charleston Women Blues”, he opines the following.

The Charleston women must be got roots on me.

The Charleston women must be got roots on me.

Every time I get ready to go back to Columbia, South Carolina

Something about Charleston women, just won’t let me leave.

Small was a Church-going God fearing boy who loved to spend time with his mother singing and entertaining. There are many gospel influences in his lyrics, and his rhythm and style are reminiscent of many catchy tunes found in the farm’s black churches. Deep spiritual messages resonate with his hometown of Bishopville as he frequently writes about the beautiful women and friends he’s made throughout the years.

With his guitar, Geraldine, Small is well known for creating his own brand of Drinkisms. Here are a few examples of some of the best out of his expansive collection of witty and wise remarks that can only come from an intelligent and deeply connected man such as Drink Small.

During his set at Home Team, Small performed “Old Red Rooster” and brought his old friend, Miss Kitty (who is also the author’s mother) onto the stage to join him in the operatic song “Summertime” from Porgy and Bess. His last song of the day was “Us Got To Go”, which he did soon after its closure. After the set was completed, he was helped off stage to enjoy a cocktail before heading off into the beautiful day with his wife “Drina”.

His biography is currently available by contacting Mrs Wilson-Giarratano Ph.D on this Facebook page – https://www.facebook.com/pages/Drink-Small-the-Blues-Doctor-Book/399110060200026. 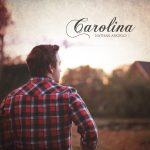 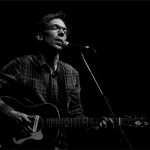