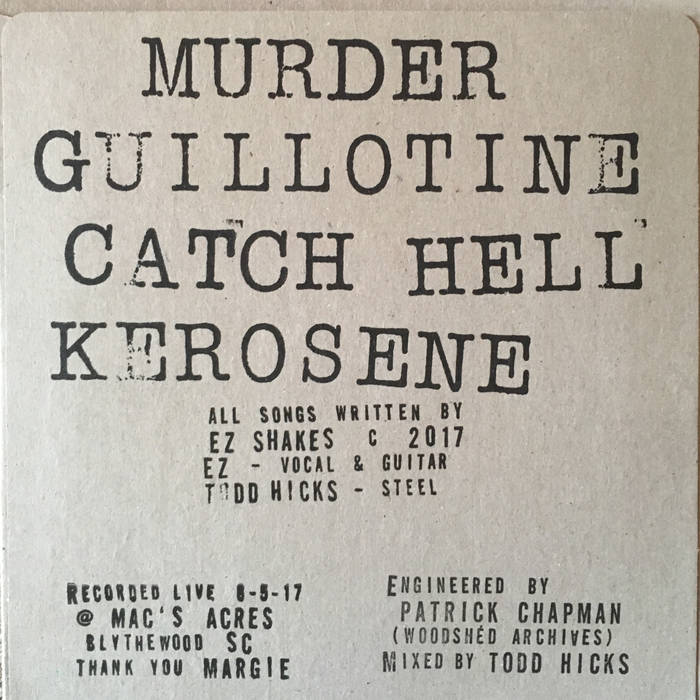 “Music is my birthright,” says Columbia’s Zach Seibert, now also known as E.Z. Shakes. The singer-songwriter’s childhood history of travelling with his family’s Christian rock band bears witness to this matter-of-fact claim, along with his extensive past playing music professionally, most notably with country-rockers Due East. Currently recording with a full band, the E.Z. Shakes 4-song “E.P.” is a slightly different set-up, with Seibert joined by only Todd Hicks on pedal steel to complement him on acoustic guitar. The recording was done live at a friend’s farm house out in Blythewood by Patrick Chapman of the invaluable Woodshed Archive and it’s a raw personal document with ambient creaks and false starts scattered throughout, bringing a intimacy to the record that captures the feel of a stage performance.

Hitting squarely in the Alt Country/ Americana style, Seibert’s visions are black clouds, but not without a ray of hope shining through; the singer says “As far as my thoughts on the songs go I think by and large the songs are somewhat autobiographical in nature. I feel like most of them are kind of a reflection on where I’ve been and looking at where I’m going sort of thing as opposed to the severe heartbreak songs I’ve been known to write.” There is, of course, a strong spiritual undercurrent running through the songs and Seibert tries to inject his own philosophy into each verse. “I sing a lot about Jesus but not in the typical way people are used to hearing it. In my songs I find Him in my failures and in my doubt and whether or not people believe in God or not they can relate to the common tongue of sorrow and missing the mark whatever that mark may be,” he explains.

Opener “Murder” introduces the listener to E.Z. Shakes’ stripped down drawl, somewhere between Jon Snodgrass of Drag the River and Scott H. Biram in tone. His warm Southern voice can sometimes be a strong counterpoint to the darker lyrical material as he could be pondering the difference between a drowning and a baptism rite. “Guillotine” is a love song about coming back to someone no matter how good it is for you. A sweet steel solo courtesy of Hicks is bookended by some great lyrics and Seibert tells the subject of his obsession “You took my head off/ With that smile of yours” and the whole song has a lot of jarring fatal allusions. “Catch Hell” is a narrative of personal experience with the author wondering “Are you gonna catch hell/ When Jesus comes back?” and his story of knowing what’s right and the consequences of avoiding those actions leads to a reminiscence over his saying goodbye to organized religion and finding a personal path to Jesus. “Kerosene” is a study in yesterday’s mistakes, the title referencing what it might take to cleanse them, with Zach deciding “The past is such a funny thing/ An antidote or just more pain.” With a quick shift of chords, he takes the mood from melancholy to optimistic in a second.

With it’s simple arrangement and no percussion outside of what an acoustic guitar provides, this EP might be looked upon as a sketch of what’s yet to come from E.Z. Shakes in their soon-to-be full band mode. Having seen them live, they deliver a more country rock spin to what is here introspective dark folk. No doubt their upcoming recording will flesh out like-minded material similar to what we find here, but as a stark showcase of the basic songwriting power at Seibert’s disposal, this serves as a powerful Old Testament. 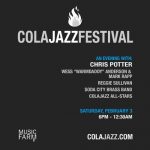 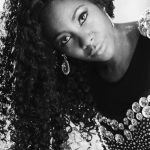