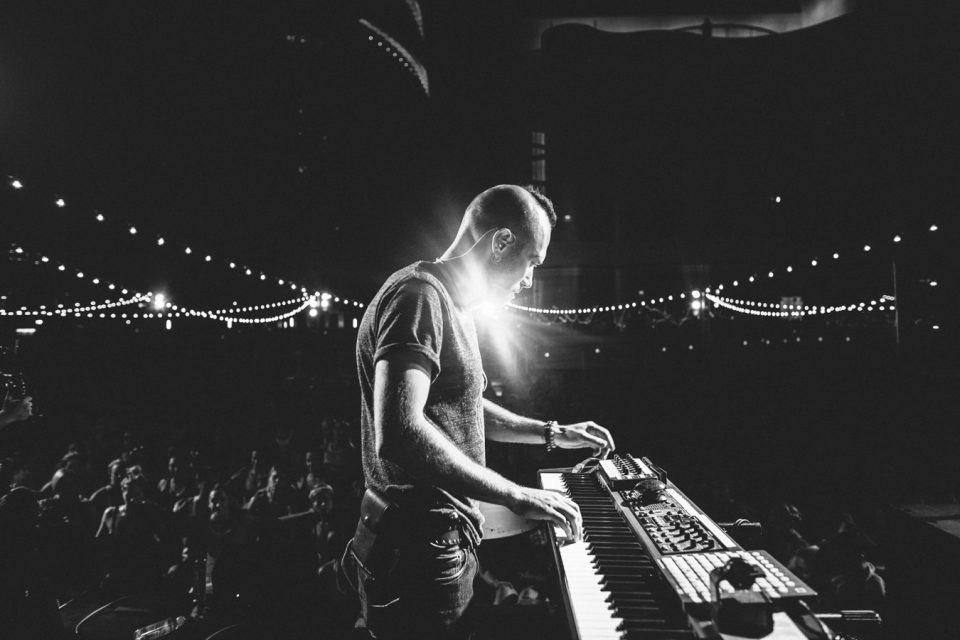 East Forest is far from your average electropop musician. Trevor Oswalt is the man behind the East Forest moniker, and derived the name from the German translation of his last name (Ostwald: Ost-East Wald-Forest). Forest draws audiences in and creates intimate soundscapes by using original field recordings, vocals, and electronic elements. His latest album,Cairn, saw him team up with producer Keith Sweaty to make an album of beat driven tracks that, while born from heartache, still get audiences up and moving. Forest is teaming up with Trevor Hall for a 35 city U.S. tour that will see them making a stop in Charleston at the Music Farm on October 5.  In addition to the tour, Forest encourages his followers to submit their #Cairn story via Facebook and Instagram. Forest took a moment out of his busy schedule to answer a few questions for the South Carolina Music Guide.

SCMG – You’re a tricky musician to try to nail down as far as a genre goes, Ambient Electro-pop seems to be the closest I could find. What genre do you classify yourself as?
EF – Ha! Yes, it’s true, I cross a few genres.  I usually describe it as electro-acoustic music that blends elements of electronic, classical and indie-pop.

SCMG – We’re all somewhat shaped by the place we call home, how would you say growing up in Portland influenced you as a musician and person?
EF – Definitely the access to abundant nature and the influence of the natural world.  I left to go to college and spent 10 years in New York City, but then I felt a strong draw back into that which is still “wild” and that’s when East Forest came about.

SCMG – Your latest album Cairn had a bit of a, I don’t want to say heavier, but more of a deep feel to it. What was behind that?
EF – A breakup…a divorce to be more precise.  Yeah, the entire record, especially lyrically is all about transition, letting go, trusting the path and going through a time of deep upheaval in life.  I think there are parallels to what is going on globally and in our country right now.  By exploring that process in the album it certainly helped me and I hope it brings some solace and guidance to others too.

SCMG – The field recordings you get from nature are always so clear and concise, how do you know what will work for you in a song?
EF – I don’t, I just listen back on my recordings which reflect where I’ve been recently and I play around with what works.  Or what ‘wants’ to work.  And by doing that I’m integrating my own physical path into the music — the people and places I’ve been over the last year or so.

SCMG – What was the most difficult or rewarding field recording you’ve gotten so far?
EF – Well, anytime you hike days and days to get into the deep wilderness there is certainly a high physical toll.  I remember being in Goblin Valley in Utah and the sun went down and we got really lost in the maze of endless rocks.  We got up on a higher hill to try and sense where we were in the darkness.  I heard a growling sound and after shining my headlamp saw two ominous eyes circling the mound we were on.  That wasn’t fun.  Otherwise, I’ve slept near Grizzlies, in jungle huts in the Amazon, and just about everywhere in between.

SCMG – Your music has been called ‘ambient’ and ‘blissful’, is that how you want people to feel upon hearing your music?
EF – I want to pull them into an inner space and to provide the opportunity for them to hear their own inner voice and hopefully make choices in their life that are positive for them and their community.

SCMG – I never knew what they were actually called, but I leave a Cairn in every place we camp or hike. Where is your favorite Cairn you’ve left, be it literal or metaphorical?
EF – I hope this record itself serves as a Cairn of Love to show everyone on a hard path that we can keep walking. 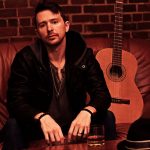