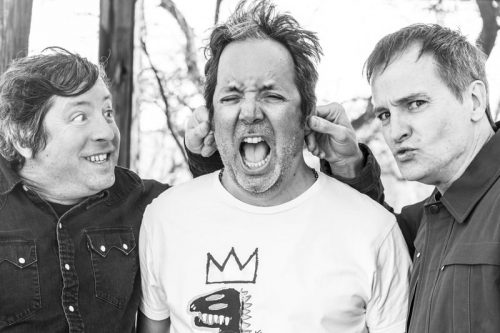 “Where were they going without ever knowing the way”….gonna have that stuck in your head all day now aren’t you? Unless you were an early breed of hipster that had already rejected the mainstream in the late 90’s you know Fastball and their hit song “The Way”. Over twenty years after that song catapulted the group to rock superstar status, the trio is still touring heavily and coming out with new music. Fastball will be stopping in Newberry, South Carolina to perform at the Newberry Opera House in support of the re-release of their hit album ‘All the Pain Money Can Buy’ in lieu of it’s 20th Anniversary and a new album dropping in May.  Tony Scalzo took some time out of his schedule to answer a few questions about Fastball’s past success, current projects, and future goals.

JB: First off, thank you for your time. How did you three came together to form ‘Fastball’.

FB: Fastball got together in summer of 1994 after all three of us had been working in music for what seemed like a long time. We were very ambitious and knew that, together, we could probably put our energies together and make something happen. We got a deal with Hollywood Records very soon after forming and we put out, Make Your Mama Proud in 1995.

JB: How has calling a music mecca such as Austin, Texas home influenced or inspired y’all?

FB: In our hometown of Austin, we were kind of a big deal because we were moving so fast. We got a tour supporting Matthew Sweet and started playing many gigs per year but it never really transferred to record sales. MYMP never got alternative rock radio play  except for a few college stations.

JB: “Make Your Mama Proud” (1996) was a strong debut record that got the proverbial foot in the door, but the sophomore effort “All the Pain Money Can Buy” damn near swung it off it’s hinges. What was the sudden success like for y’all?

FB: We got in the studio in summer of 1997 and recorded our second album, All The Pain Money Can Buy with less-than-giant expectations. By early spring 98, before the release, The Way was already getting scattered airplay nationally and Hollywood started ramping up promotion for the release. By the time it came out, we were in the modern rock charts and we got very busy. The next 3 years was spent running around, doing tv radio and big tours and festivals. We put out our third album, Harsh Light Of Day and continued to work hard but it was clear the momentum was winding down.

JB: “Outta My Head” is another single that stands out from “All the Pain Money Can Buy”, what was the vibe like in the room when y’all were putting that song together?

FB: Out Of My Head was a song I wrote at my house in 1997 so there was really no “vibe in the room” other than me pacing around with my guitar. It’s a short, simple melodic song that was not hard to finish. Apparently, a very catchy tune as well as the chorus melody was picked up and incorporated, (not sampled) in the 2017 hit single, “Bad Things”, by Machine Gun Kelly and Camilla Cabello. My thanks to them for making that happen!

JB: After over two decades together, Fastball is still going strong. What can fans expect from y’all in the future?

FB: Fastball remains a creative and busy band. We tour every year and continue to write and record new music. Our next album, The Help Machine will be out in May of 2019. It is our best yet and was produced by a musical hero of ours, Steve Berlin. We look forward to playing South Carolina this month and hope to see as many of you as possible at the show!

Be sure to check out the new album from Fastball in May and keep up with the latest from the guys by liking Fastball on Facebook and visiting their website. Fastball will be performing at the historic Newberry Opera House on January 26th.  Tickets are still available and can be purchased by visiting www.newberryoperahouse.com 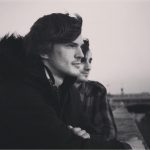 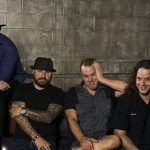