Flow Tribe is not trying to make a political statement. They are not going push pause on the live show and break into a rant about human rights violations or how we all need to save a panda or something. @#$ your panda. This is pure and simple, unadulterated funk. Slammin’ the grooves with the fierce intensity of Morris Day with a smooth layer of Jamiroquai thrown in just so you don’t have any cardiac issues by the end of the night. These guys want you to get laid. You can lead a horse to water but you can’t make ‘em drink. They’ll take care of the tunes but the rest is up to you.

Make no mistake, Flow Tribe is a mighty fine collection of talented musicians. The New Orleans based band has been offering up their own version of backbone cracking, latin infused New Orleans funk since 2005. Born out of the tragedy and devastation that was Hurricane Katrina, Flow Tribe has steadily gained a regional and even national reputation for their live shows – even gracing the stage at the legendary New Orleans Jazz Festival. Speaking with lead singer and trumpeter K.C. O’Rorke, he has no problem identifying a career highlight – sharing the stage with New Orleans’ great Allen Toussaint at Tipitina’s this past September.

The band just released a five song EP this fall titled “Alligator White” and the guys have plans to record a follow-up in 2015. In fact, they are in the midst of building their own studio in New Orleans which will serve as a sort of creative epicenter for those embarking on a musical life.

In addition to trumpet, there are a couple of guitars, drums, bass, keys, washboard, and harmonica that rounds out the instrumentation. Flow Tribe will be at the Pour House in Charleston on Wednesday, December 10 with The Greyhounds (featuring members of Mofro). Doors open at 9pm, show starts at 10pm and its only $8. Where loose clothing and prepare to get sweaty as Flow Tribe does something kinky to your earhole. 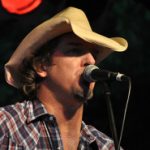 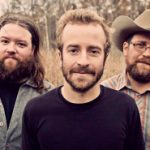