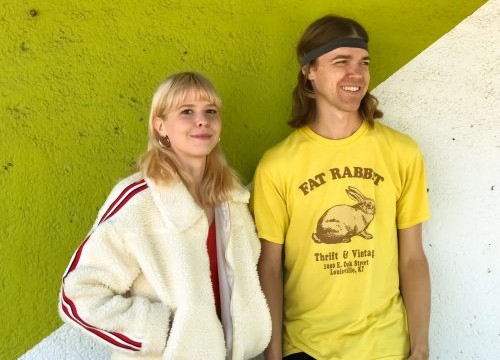 The name evokes the inevitable question…which one is Frederick? Well, neither member of the band is Frederick, but Jenni Cochran and Aaron Craker make up a band with a classic sound and a bright future. Jenni took some time out of her schedule to answer a few questions about the band’s name, the vintage sound, and what the future holds for this up and coming group from Louisville, Kentucky.

JB – What is the inspiration behind the moniker ‘Frederick the Younger’?

FTY – We liked the idea of having a name that people could create a character around. And we wanted a name that had a little bit of a mystery to it. I liked the duality of “Frederick” which is an older, masculine name with “Younger,” which is lighthearted, carefree. Kind of a yin/yang situation.

JB –  “Vintage Groove Pop” is the genre y’all classify yourselves under, care to elaborate on that a bit for those who haven’t indulged in your music?

FTY – I’ve always had a hard time with genre. It’s hard to classify yourself as one thing. When we first put out music a lot of people called us “psychedelic rock,” which to me never seemed to totally fit. We finally just started saying “vintage groove pop” because it hit on the things that seem pretty consistent with us – a little bit of a throw back 60/70s sound, groovy rhythm section and pop melodies.

JB – What drew you to music and how did you come to join Aaron and form Frederick the Younger?

FTY – I’ve always loved music and grew up writing songs. Aaron was the same way. I moved to Louisville in 2011 and met Aaron not long after. I saw his band Dr. Vitamin play and asked if I could join – I loved his music. We played as Dr. Vitamin for about three years and then formed Frederick the Younger.

JB – What other musicians would you say inspire you?

JB – As a female fronted group, do you think you face a steeper uphill climb than your male counterparts when it comes to making an impact in the music industry?

FTY – Honestly I don’t think there has ever been a better time to be a female musician. The ladies are killing it! I’ve always found people to be very receptive to female fronted bands.

JB – What can you tell me about the new EP and what sets it apart from your last album “Human Child”?

FTY – I think the songs are more personal, emotive and a little more “vibey”. I feel close to the songs. It’s thrilling to be more vulnerable. 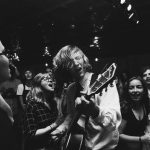 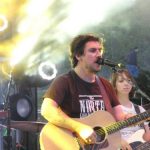