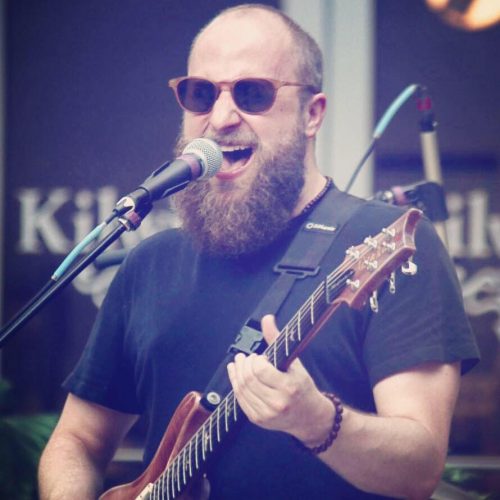 I’m aware of a couple of universal truths:  never embark on a land war in Russia in the winter, and every rock band is better with a kick-ass horn section. George Fetner and the Strays take that second one very seriously on their (sort of) self-titled GFATS debut EP released in late February of 2018. This horn section comprised of “honorary strays” that include other local Columbians Mark Rapp (trumpet, flugelhorn), Ben Eidson (alto saxophone, tenor saxophone), and Catherine Allgrim (bass trombone) are more than up to kicking ass with the rest of the band members throughout this 6-song rock and roll romp.

With Fetner on guitar and vocals, the core band is filled out by full-time “strays” Anthony Charles (guitar), Matt Fenech (drums), and Cory Takach (bass), along with other “honorary strays” Brian Sansbury (organ) and Ethan Fogus (pedal steel). All of whom (strays and honoraries alike) come together for a rollicking, raucous (and brassy!) joyride. Indeed, the EP’s first track “Get on Up” starts with the declaration “I was born on a spaceship called rock and roll” – and so strap in and off we go . . .

So this EP definitely rocks, but there remains a levity and fun-loving, affable vibe to the entire affair – even down to the photo artwork of Fetner on the back:  shirtless, in shades, and lounging (carefree, relaxed, and amusingly exposed) in the middle of a swimming pool on a large pink flamingo floatie. Yet there an adventurousness here too – primarily in the virtuosity and fullness of the instrumental performances. The compositions have enough unexpected tempo zags, nuanced baselines, atmospheric organ runs, (and yes, horns!!) scattered about that counterpunch and add visceral weight and groove to the breeziness the EP otherwise exudes. Let’s also not lose sight that the lead guitar work here resonates impressively (and often jams dang hard as well). Anyone who has seen Fetner play live (and I have several times) knows “the kid can play” and can paper shred a riff when he so chooses to do that.

Fetner’s admirable and austere solo outing Some Things We’ll Change from March of 2017 doesn’t exactly foreshadow this latest effort with a full backing band. That earlier EP is a more subdued and earnest work, firmly entrenched in the alternative folk genre. Its melodies are softer and more delicate, with lyrics more cerebral, personal, and introspective. With just Fetner’s soft vocals and guitar work on display there, that album feels more classical and timeworn in its composition (in a good way), even in its more complex improvisational moments.

Perhaps proving Fetner’s versatility as a writer, composer, and a musician, as well as the full range of his musical interests, GFATS is a much more straight-forward rock bender. It’s not that the record is devoid of vulnerable moments. They abound in tracks like “I Should Have Warned You” or “Parachutes” or “Tornadoes” (the latter of this list is the best track among several close seconds, in my opinion). But that vulnerability is knocked off balance with looser musical phrasing that is more amiable even in its sincerity. It almost feels as if Fetner is winking at us while detailing life’s and love’s myriad tribulations.

What, then, are the takeaways from an EP like GFATS? No doubt, the musicianship throughout is particularly sharp and strong. And full kudos to Zac Thomas for the tracking, mixing, and mastering that brings Fetner’s vocals appropriately to the front without taking a thing a way from what’s happening on those instruments around him. Without question, the final track “Drinking Bourbon on a Sunday Night” might be the clearest example. It certainly is the hardest hitting track and closes the set just like it began with a “chip on one’s shoulder, let’s just rock it the fuck out” attitude. With some intriguing breaks and tempo changes along the way, the song crunches and jams – particularly around the refrain. The guitar work sprawls while somehow remaining hard, crisp, and heavy. All the while, Fetner’s vocals steadily build up to resemble the fuck-off sneer and growl of a classic brown liquor drunk.

If there are weaknesses of GFATS, perhaps one is in Fetner’s vocals. To be sure, I don’t really see Fetner winning the next season of The Voice. But regardless, there is an infectiousness in his delivery that offers the appropriate level of playfulness and zest to match the wrier lyrics and leg-shaking stomp of the music. Perhaps also, there aren’t a whole lot of lyrics that just stick in your head, infused with deep, metaphysical meaning. But maybe that’s all OK. Maybe the whole point is right there in the opening track:  “Get on up and start moving. Get yourself up, start moving.” Maybe sometimes rock and roll can just be about that. That, and kick-ass horns. 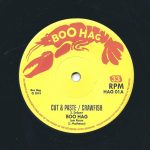 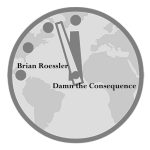