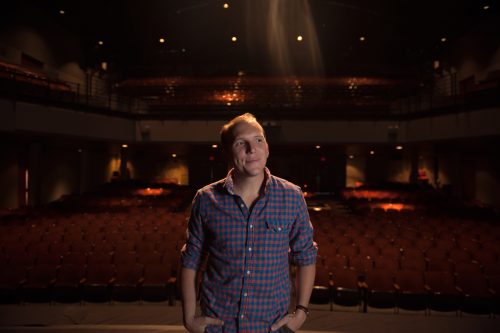 In his role as Executive Director of the Charleston Music Hall on Johns St. in downtown Charleston, SC, Carmody has used charm, vision, and sweat equity to make CMH not only a venue patrons want to come to and hear favorite musicians, but a place, a Listening Room where musicians want to come to be heard. After only four years, CMH launched a banner year in 2016 by hosting 236 events, including 72 national acts. SCMG wanted to know how Carmody brought CMH from an occasional concert space to being a destination place for music lovers from all over.

SCMG: What was your vision for CMH in 2012 and how has it evolved?

CC: CMH was a rental-only facility when I got involved, with a few regulars like the Charleston Jazz Orchestra and Charleston Christmas Special but that’s all. I’d seen concerts in the early 2000s and wondered why it was not being used for that too. Once we got the building itself up-to-snuff, I initially just wanted to put quality acts in here and help grow the music scene in Charleston.

SCMG: What makes CMH unique and welcoming for both patrons and performers?

CC: Well, it’s a cool 1850s train station that eventually was re-envisioned for Calvin Gilmore’s Serenade. That folded after a few years, (I think maybe it was ahead of its time) but they did an amazing job with the acoustics—they’re insane!! Peter Frampton said it was the best sounding music room he had had on tour, which is huge! Ricky Skaggs won a Grammy on a live album he recorded here in 2004. It’s great when artists walk in and say “Hey, I’ve never heard myself this well,” acknowledging the beautiful sound of the room.

And we can secure acts, like David Crosby, who want to be in an intimate venue. The farthest seat away from stage is only 80 feet. Patrons and performers really respond to that here. The more welcome an artist feels the better the concert is for everyone.

SCMG: So how do you balance the needs of Performers and Patrons?

CC: Stuff like that can be tough. But it’s a small space and we have a great staff: a personal hospitality runner for artists, plus there’s always someone in the Box Office, front of house and back of house, ushers, tech crew, and security to help. We do our best to make it as enjoyable and swift as possible for patrons to get in the door, get food and drink, and get to their seats too. Sometimes the promoter has rules that patrons don’t like, such as no flash photography, and that makes things trickier but we have to work with it and we do our best.

SCMG: I know patrons and artists love to be here but it’s not always an easy fit. Do you have advice that would make the experience here even better for both?

CC: Be respectful, I think. There is a difference in a Dark Star Orchestra–Grateful Dead concert and a Judy Collins show, of course. So yes, at a DSO concert expect there to be dancing and singing but at a solo, acoustic piano performance maybe it’s better to sit and listen and let it waft over you. Patrons just need to be considerate of those around you and of the artist.

And to performers, I’d say the same thing. We’re here doing this for the love of the art and love of the artists. We can’t exist without each other.  Be respectful to us too. We are doing our best, trying to be respectful of you and your needs.

CC: I feel very happy where we are right now, happy with the owner and their acceptance and encouragement of where we are and happy with the staff, this team. We couldn’t do all of this without holding each other up like a family. I went from doing all the jobs alone in the first 18 months to slowly recruiting the full staff we have now. I had to learn to delegate and we have a really good team here.

In the next few years, plans for expanding into and developing other venues in the Charleston area are in the works too. There’s a place for all kinds and sizes of venues here. My goal is to help make Charleston a flowing arts and artist venue for artists, for everyone.  I am constantly researching and talking with local and regional artists too. Artists can always reach out to me at charles@charlestonmusichall.com.

It’s nice…Charleston seems to trust the music we’re bringing in too. People come to us and say “I didn’t know the artist but because you booked it here, I came.”

Charles Carmody has, by his own admission, come a long way from being “green-eyed and bushy-tailed” when he began his gig at CMH. We’re excited to see where his vision and hard work has taken and will take the Charleston music scene in the future! By the way, I hear that “If Patti Smith ever wants to come, we’ll give her everything!! I love her so much!” So, Patti, are you listening? 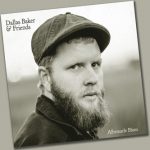 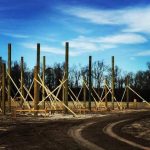