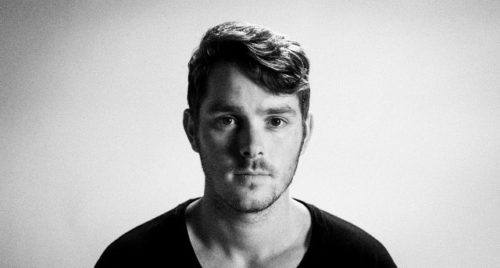 Coast Records is a Charleston based recording studio that works with musicians to provide quality albums, as well as helping to work on their PR with EPKs and photography. We had a chance to sit down with owner Matt Zutell to talk about what he’s been up to, and how he got into working with bands in studio.

SCMG – Hi, Matt. It’s great to talk with you. Can you tell us a little about Coast Records?

Matt – I’m a songwriter and guitarist. Years ago, I would write music for bands and head to various studios to record. I started Coast Records as a platform to release my own music as well as others I produced. It has worked out great as an indie record label. As we began working with more artists and making records, it has turned into a studio and label.

SCMG – You just released a new CD from Thompson Faulk. How did you two develop a working relationship?

Matt – Thompson came about through a friend who hooked us up. It’s his first time as a singer/songwriter, so he was looking for someone to work with. He’s cool, a new father, and a really funny dude. So, it was a pleasure working with him. I didn’t know him beforehand, and it turned out well. You don’t always know how things will go, as people don’t always agree on things.

SCMG – How did your studio work with him, meaning did you provide studio musicians, or special gear?

Matt – The guys in my band, Human Resources, are usually who I hire as studio musicians. They typically play guitar, keys, bass, and I’ll work on drums. Charlie Thompson stepped in and played steel guitar, and Manny Houston played keys on a few songs.

SCMG – Can you explain the difference between mixing and mastering is to the general public?

Matt – Mixing is basically putting together all the levels and tweaking every sound in the song by instrument. Adjusting every mic on the drum kit, taking a look at each one, and manipulating the sound to hear the track that was recorded. It’s getting the levels of each instrument to sound appealing. Once the mix is done, it’s like adding all the right ingredients to make food taste good.

SCMG – Let’s talk about you and how you got into the industry. What is your background?

Matt – When I was in the 4th grade, my older brother started playing guitar. He was jamming with his friend, and I looked up to them. I also wanted to play. In middle school, I picked up trumpet and got my formal education in jazz bands on trumpet and guitar.  One day, my uncle, who was a drummer, gave us our first drum set that we set up in the garage. We just played around with them until one day it clicked for me. I then realized that I was more of a drummer than a guitarist. As I got older, I just pursued playing drums professionally.

SCMG – What are some of the challenges you have faced?

Matt – Last year, I was making our latest Human Resources EP, and I was working off of my hard drive. I thought if I recorded directly on my computer instead of my HD, it would run smoother. One day, it just crashed. I had completed almost the entire album, and my computer completely died. I would try to reboot it, and it wouldn’t come back up. We lost the whole album. I took it to a data recovery place, but they were closed for the holidays. I had to leave my computer unplugged for two weeks. Lo and behold, I tried to turn it back on before taking it into the store, and it worked. I’ve learned my lesson and now have everything backed up to two different hard drives.

SCMG – Let’s go back to your studio now. Who else are you recording, and what types of music would you like to work with next?

Matt – We are recording Hey Rocco and making their next album. I can take the studio mobile, so we are doing it in their house. It’s their spot where they write and are most comfortable. So, it all happens for them right there, and they feel at home. Youngster, an indie rock band, is another one we will be working with over the next year.

SCMG – In your opinion, what is the best way for musicians to prepare for your studio?

Matt – If they have a demo, that helps me to have an idea of the song or arrangement ahead of time. The more pre-production they’re able to do first is good. They need to really know their parts before they come to the studio. It helps when they are prepared.

SCMG – What are the biggest mistakes you see bands make before coming in?

Matt – Indecisiveness with creativity. It’s tough to stay objective. People will 2nd guess themselves a lot. At a certain point, you just have to go for it!

Well said, Matt. You can see Coast Records at the 2017 Coast Records Winter Jam at the Music Farm in Charleston on January 14th. Proceeds benefit The American Cancer Society, The American Diabetes Association, and College of Charleston’s Nourish International. Bands will include Tyler Boone, Charles Wilcox, Tom Mackell, The Give & The Take, and Katie Rose. Tickets are just $10, and doors open at 7:30pm. 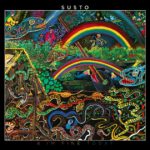 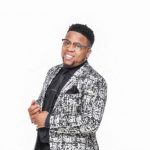