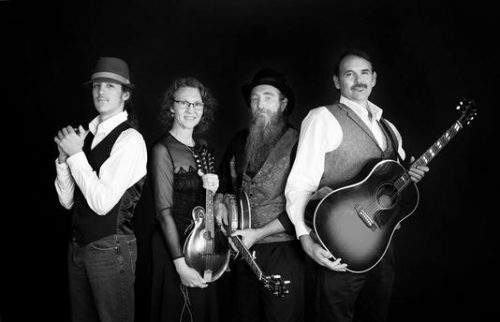 Response from Lynne: We are blessed to be a family band. Eddie, Lynne Martin with 18 year old son, and brother-in-law. Marty Hopkins, guitarist, is married to Lynne’s sister, Susan, who will go on some trips with us.  This is great, because we like being together and do not long to be home since we have our significant others with us.

Eddie: I coined the phrase Appalachian Folk about six years ago, because we never really fit comfortably in an existing category currently in use. Americana fit for a while until it became in bigger use, and the former country music stars started taking up space in that genre after commercial country became whatever it is currently on radio. People called us bluegrass, but we really weren’t totally bluegrass. It got confusing, so I came up with an original label. We still have to explain to most casual listeners what we are about.

Eddie: Writing the video script for one of our songs “Fingerville to Suck Creek”. My biggest non-accomplishment was not getting the filming completed yet!!

Lynne: Finishing our 4th CD “Picture Me Home” is a great accomplishment for me. It reflects our love of family and heritage, and the desire to pass it on.

Marty: Getting 6th place in the John Hartford song writing contest and being asked to perform it at his festival. (SCMG – Congrats!)

Eddie: We want to expand our coverage, play more festivals/gigs in general, and really focus more on what we can do with our music.  We have had a few restrictions over the last several years, but due to Marty’s job status change and Gavin graduating this year, we should find more freedom to really focus on some extended mini tours.

Lynne: We want to seek more Folk venues, more intimate venues, and expand our message as far as we can go.

Marty: I would like top lay new and old venues as to disclose our song writing abilities.

Eddie: Our calendar is just starting to fill up. Right now we have these on the books: March 17 BellFest at Devil’s Fork State Park Salem South Carolina, April 7/8 Pendleton Jubilee Pendleton SC, May 6 Tamassee Craftbrew Festival Tamassee SC, June 16 Fermental Wilmington NC, July 4th Hillbilly Day Mountain Rest SC, July 14 Blue Plate Special at WDVX in Knoxville TN, and October 12,13 ,14 Museum of Appalachia Tennessee Homecoming in Norris Tennessee (we’ve played this festival for the last seven years). We will continue to place things on the schedule as they are offered or as we seek out more dates.

Lynne: We are working on something all the time or coming up with something to work on to improve our home, our community, our church, our schools, our writing and our music.

Eddie: I imagine local would be considered driving distance??  Shawn Lane of Blue Highway would be considered local by distance. I had followed his sound with BH for years then ended up meeting him. He married a local! Worked on a couple of songs at his studio for two of our records. Super professional.

Lynne: My biggest local influence is local radio.  I think some of the choices being force fed to the public are narrow and lame.  My songs have greater meaning than that.

Eddie: Those guys need to get a real job! Nah, he has expressed the opinion that he likes the fact that we try to put out our own message with our songwriting.

Lynne: They would probably say my views are narrow too, but I wish better for the public than they are getting.  Some people are just sheep and just follow whatever is being fed to them and do not even think of getting out of the box.

Marty: He would say I tell a story well and have an interesting look at music.

Eddie: Hmmm We have not had the chance to play a festival with Peter Rowan, That would be up there.

Lynne: Well, if I am going to dream, I will dream big and say Emmylou Harris.

Eddie: Areoplane by John Hartford, or any album by John. All of Johnny Winter’s stuff. Boz Skaggs Down Two Then Left and the Memphis album, Corey Harris Down Home Sophisticate, Mississippi to Mali, Daily Bread, Rice Rice Hillman And Peterson Out of the Woodwork, The Old and In the Way Recordings. I could go on all day.

Lynne: I love Christmas music and instrumentals, especially from the hammered dulcimer.

Marty: Destroyer/KISS and anything from Neil Young and Jackson Brown.

Eddie: Oooooh, as referenced in the last question I can’t narrow things down to simplicity!!  In our travels we have been blessed to already meet and quickly hang out with  so many wonderful folks, such as John Hartford, Earl Scruggs, Karl Shifflet, Steep Canyon Rangers, Doyle Lawson, Jim Lauderdale, Shawn and all the Blue Highway guys. I guess I am going to have to go with a couple who have gone on to the great reward. Leon Russell and Toy Caldwell, I saw Leon several time. He was a very private person and didn’t meet and greet, and we never got to play anything where he was on the bill. He had so much music inside him. It would have been great to just talk for a few minutes. I never got to see Toy when he was with Marshall Tucker but did so several times when he had his own band. He was a dynamic performer and great guitarist. I would have loved to just share a beer with someone from our own state who was that great of a player.

Lynne: Of course it would be Emmylou. I feel she is still feels honored and humbled to her audience. I hope I am not wrong. 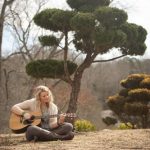 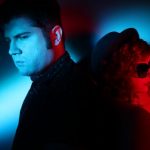