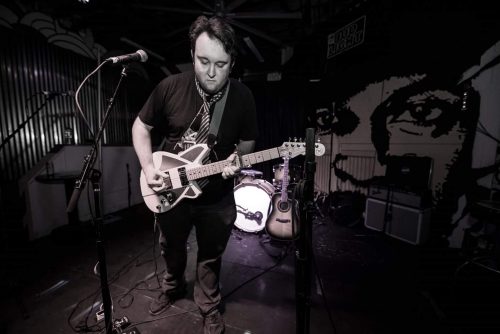 Dylan – My drummer, Thomas O’ Brien, and my bassist, Chris Viera, are both my producers over at Hybrid Audio Solutions. They have been with me since the beginning of 2016, so we are about to go on our 2 year anniversary of working together. I would not be this far in my career if it had not been for those guys. My guitarist, Nick Ehlers, has started a new music project called Cash Prizes, his debut single is on Spotify and it kicks ass. I consider all of these guys to be my brothers at this point, they have been with me for so long now. I’m happy that I haven’t annoyed them too much yet.

Dylan – Right now, I would consider my sound to be Pop Punk and Pop Rock. Overall I would say Alternative Rock, because I feel like I’m trying new styles and and sounds with my new music. Some songs of mine might sound the same, but other songs I try to experiment with something I’ve never done before and I’ve been told that I’m doing something different from anything in this scene right now. I always try to do something slightly different every record because I feel that it would get very boring playing the same thing every time.

Dylan – Aside from releasing Prove em’ Wrong Kid, which I was pleasantly surprised when it made Extra Chill’s Top 25 Charleston albums of 2017, being able to perform with my band and be a part of the Charleston Music Confab last year was an amazing experience. It was easily the best show I have ever played with the band for two reasons. One, my band was also playing for another artist at the Confab just down the road from the venue, we were scheduled to play close to each others set times, and they were running late. So since I was used to playing by myself on multiple gigs, I decided that I should just play some acoustic songs until the band makes it to the show. Because the longer I make the audience wait, the more likely they were going to leave. I played 4 songs by myself until the band made it on the stage, and then the rest of the night was set; it was also our longest show together to date. Two, we were downtown as opposed to North Charleston or West Ashley. Everyone is walking around on a Saturday night downtown and it helped so much that the event was free. To finish the show with a long applause from the crowd was something that I will never forget. It was also at that gig that I met Katie Rae and Wes from 98 Rock, who invited me to come on the station with him the next week. It was such a blast, and I hope that I will be able to do the Confab again this year.

Dylan – Starting in March, I’ll be releasing new music, tri-monthly. I’ll be doing the same single method that I did following up to Prove em’ Wrong Kid. I’ll be releasing each song from the album leading up to the eventual release of the new album sometime in 2019. I’ve been invited to do a live music session at Full Sail University in Florida, so I’ll be going to do my first shows in Florida as soon as we figure out a date for the session. Me and Thomas are currently planning our first trip to Los Angeles and San Diego. I’ve never been outside of the east coast before, and I’ve always wanted to go to Southern California for as long as I can remember. Me and Tom will play a show in both LA and SD, do other stuff, and eat Mexican food from Sombrero, just because. Shout out to the Blink-182 fans that got that lyric.

Dylan – You can find me on the do not serve list at Taco Bell, I think I’ve been there too much to make them sick of me. But you can also find me at www.dylanswinsonmusic.com , Facebook, Twitter, Instagram, iTunes, Google Play, Spotify, Pandora, SoundCloud, and Bandcamp.

Dylan – Tyler Boone, I love that guy. I consider him to be one of my very good friends. Whenever I get the chance to go see him play or just go chill, we always have great conversations. He always tells me great advice and stories from his experiences in Nashville, Festivals, and within the bowels of the music industry; as I feel that he wants to steer me in the right direction. He is a great songwriter, Paper Wings is my favorite song of his. But its also a contrast to hear that song and then go to a song where he is absolutely shredding on the guitar, he’s full of surprises. Great guy overall.

My other local influence would be Eddie Bush, I’ve had brunch with him and his producer from Nashville and they too have told me great stories and advice. Eddie also had experience in the major industry with One Flew South and writing in Nashville and I feel that he is also trying to steer me into the right direction. Amazing guitarist, amazing entertainer, I love how is always constantly writing songs. I admire both of these guys and their amazing work ethics, I hope I’ll be able to make them proud one day.

Dylan – I don’t know, I’ll just leave that to them.

Dylan – I would love to do something with Matt Zutell of Coast Records. I met his for the first time through Tyler Boone at Ocean Industries Studio, we are friends. I really enjoy Human Resources, and if I decide that I really want to experiment one day, I would most likely go to Matt.

Dylan – I obviously have to put Grace by Jeff Buckley on this list, because I would not be a musician without that album. I think I would say Chase This Light by Jimmy Eat World, American Idiot by Green Day, I-Empire by Angels & Airwaves, Danger Days by My Chemical Romance, Journey’s Greatest Hits, and finish it off with Blink-182’s Untitled album. I believe that these 7 albums are responsible for my musical coming of age.

Dylan – Ugh, so many. First, Steve Perry from Journey. He is one of my major vocal influences, and I want to meet him before its too late to do so. Since Tom Petty passed so suddenly last year, I don’t know what will happen. Paul McCartney, because who wouldn’t want to meet a freakin’ Beatle? Tom DeLonge, who was pretty much my childhood idol. I think I’m gonna have to bribe him with some Top Secret Government files to talk to me for something at this point. Dave Ghrol, Gerard Way, Billie Joe Armstrong, and Jack White, just to name a few. 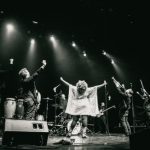 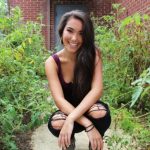