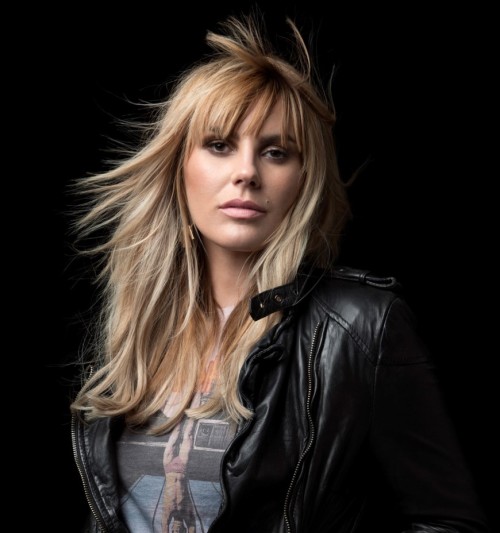 Grace Potter is headed to North Charleston’s Performing Arts Center on November 8, 2015. She is celebrating her first solo album, Midnight, which was recorded at Barefoot Studios in Los Angeles. After a long and successful run with The Nocturnals, Potter’s decision to venture out alone shocked both fans and her bandmates. Husband Matt Burr, drummer for The Nocturnals, inspired her to go forward and supported her decision to move on with her solo career. Working hard and pushing herself to go beyond the familiar Nocturnal sound, Potter had to recalibrate her expectations and, after a year in the studio, created a solid album that would justify her decision to go out alone.

In her search to find the perfect location to record, she was introduced to Eric Valentine who ended up playing a huge role in her success. Valentine co-wrote, mixed and mastered Midnight at Barefoot Studios, a space previously inhabited by Crystal Industries Recording Studios who boasted clients like Barbara Streisand, Jimi Hendrix, Eric Clapton and Stevie Wonder. Working through each track together, they found inspiration in daily activities, loss, the environment, and of course, love. Valentine describes Potter as “…an impossible combination of overwhelming innate talent and fearless creativity. Her desire to push herself and push boundaries while trying to make music that is honest and powerfully emotional is truly inspiring to work with.”

The South Carolina Music Guide had an opportunity to speak with Grace as she was preparing for her 2nd concert in two days at Boston’s Orpheum Theater on Halloween night. Here is the interview with Stephanie Smith.

SS – Hi Grace! It’s a pleasure to speak with you. Thank you so much for your time in talking with me today. I will try not to take up too much of your time.

SS – Great, thanks. I think we may have some friends in common! You’re from VT. Do you know Brad Sourdiffe with Mellow Yellow? You might also know his daughter Josie or her boyfriend who tragically died from Leukemia a while back, Andy Williams.

GP – Yeah, I know Andy. I don’t know the others, but, I mean, we had mutual friends. I know who he was. It’s terrible what happened to him.

SS – Yes, it was terrible. I didn’t get to meet him either, but we also have mutual friends. Anyway, it’s really great to speak with you, so I’ll go ahead and move on with my questions. ok?

SS – Let’s talk about your album. You’ve gone solo. I’m sure your husband (Matt Burr) is supportive, but what about the rest of the band? I think they played on some tracks, didn’t they?

GP – Yes, they did. They have done solo projects. I’ve been supportive and opened the shows for them. So, it was only natural when this music took a turn. More of my voice, less “Nocturnals”. I’m not going to say it was the best thing ever, but I think through every creative twist and turn, and they have been supportive.

SS – Sure. Sometimes things don’t always work out, right? I know your fans were fired up when they heard the news.

GP -No, not everything works out. I didn’t realize everybody was going to be so affected by it. I mean, I’ve done things for Disney and other projects. I think the fans just took a moment to adjust to it. I understand that. At this point, I’ve experienced such a massive shift, I don’t know where it’ll lead, but I’m looking forward to finding out.

SS – What was it like working with Eric Valentine?

GP – He came through many, many recommendations and phone call after phone call. Lots of people recommended him. I was looking forward to working with him, and when we met, I wanted to play all my music for him – right then. Immediately. I was like, “Dude, I am fucking fired up!”

SS – Knowing that you were in the same studio that he renovated that used to hold Crystal Industries Recording where Barbara Streisand, Jimi Hendrix, Eric Clapton and …….

GP – Stevie Wonder! You really did your research! I geek out over that stuff. He’s an innovator, engineer, and producer. He had all this shit on the floor. Trips, tubes, etc. He invented the UnFAIRCHILD by Undertone Audio (http://www.undertoneaudio.com/unfairchild.html). COOL. That’s why he bought the studio. I expected it was going to look like a classical studio. Half of it contained his invention. The other was studio space beautifully put together. It’s an incredible relaxed private studio. You can’t just walk in the studio. It’s in a creepy alleyway in East Hollywood. You’re like, “I’m going to get murdered or make a hit record.” (laughs) I really love working there. It’s my second home.

SS – I know he prefers analog over digital. What did you guys use?

GP – Definitely went to tape. But he did some digital as well. He has atmospheres that he puts on all his sounds. He uses Pro Tools first. Then he would print it back. J37s were used the most. He recreated some atmospheres in the room, but worked all over until he found the sound he liked. The song might be slightly inspiring but it needed a little gasoline. He reprinted it until he found what he was looking for and created a beautiful sound. We worked with mono recording, not stereo, and printed and reprinted until it was complete.

SS – How long were you in the studio?

GP – We started recording in March 2014 and finally mastered it in February of this year. There were many long nights where we wondered if this is ever going to be done? When it was, we put our hands together, high fived, and said, “let’s take this baby on the road.” We are having a ball.

SS – What was it like co-writing with Eric? I know you’re not a big fan of co-writing.

GP – We are very different people, so it worked really well. He comes at it from a pragmatic, trace-the-line til you find it point of view. I’m more like a pin ball machine, bouncing around everywhere. He’s good at ruminating over an idea. “Let’s revisit this. This bridge may not have worked in this song but might in another,” he’d say. I’m usually off the cuff, whereas he’ll be going through the rhyming dictionary to find the exact crafting of the perfect effortless statement. He makes it sound effortless, but it actually requires a lot of effort. He was patient (with me) through the process. I (tend to) move fast.

SS – Let’s go through a couple of tracks really quick. When you were writing “Empty Heart”, you were influenced by other guests of the hotel you were staying in, right?

GP – Yes! The walls were really thin. I didn’t mean to be writing a song that day anyway. By the time I started recording, it was 2 o’clock in the morning. They came in late bumping Usher and R Kelly. You know, neighbors to my room. I don’t think they could hear a damn thing I was doing. (I was) bored out of my mind waiting for a show. All I had was a crappy guitar with two broken strings. I threw it into open tuning and started banging away on those four strings and it was so raw and grinding, I thought how cool it would be to juxtapose it with a super-modern beat. That club beat was bleeding through the walls. They just brought the party to their room. So, I worked that beat into the song. No way not to hear the beat. The lyrics came quickly because I was going through that situation personally. I liked the idea of describing somebody’s heart as a bucket with a hole in it. Basically I just started singing, ‘There’s a hole in the bucket, dear Liza, dear Liza…’ and my own words and emotions quickly took over.

SS – What about “The Biggest Fan”? I guess we’ve all had that Duran Duran moment where we are fangirl teenagers, right?

GP – “I actually wrote this song many years ago. Matt unearthed it from some old demos. It’s a time capsule, and yet it feels more true and personal today than it did then. I was in my early twenties; I had never experienced the phenomenon of being the object of desire to a total stranger. At times it’s flattering, but it can also be disturbing. I don’t believe in playing the victim, so I engaged in a little method acting and became a bit of a stalker myself – there was a particular band I loved, and so I focused in on my favorite member and set up all these imaginary circumstances in which I could interact with my fantasies. It was fun until I realized that I had actually kind of fallen in love with this guy for real. That’s when I had to pull the plug. Experiment over. I think it’s just… I wanted a song where it shows it’s a very unhealthy thing for the average person. It’s like the song by The Police, “Don’t Stand So Close To Me” or Phil Collins in “I Can Feel It Coming In The Air Tonight”. It’s what it’s like to have interactions with a stalker. I wanted to live in that feeling of being a stalker, having a crush, the teenage years. Instead of being afraid that I can’t go out at night, or that I need a security guard at night, I have a song now that I can dance to, sing to and enjoy.

SS – I completely agree. Those were great songs, and I think you have a really good perspective on how to handle these types of people in your own life. Let’s talk about one more thing. Do you have any charities that you support?

GP – Yes, yes I do. It’s probably one of the most important things I do as an adult. It stops being about you and starts to be about the stories you tell that turn into other people’s stories. You have to react to that. Being faced with death is an experience we all have to deal with, but I’m knocked off my center when a young person gets uterine cancer, etc. We all have to take stock of our lives. Those things matter to me. Foundations that I work with include the Epilepsy Foundation, as my brother has it. I also work with the Alzheimer’s Association and perform for the Night at the Sardis (A Broadway themed event that has raised concern, awareness and more than $27 million for the Alzheimer’s Association.).

SS – Thank you, Grace! It was great talking with you!

GP – You too. We’ll be in Charleston on the 8th and will see you then. 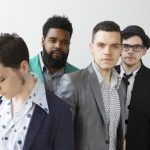