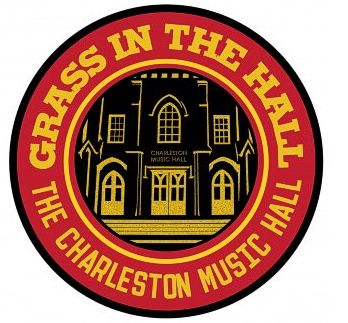 Friday, June 7th marks the second installment of Awendaw Green’s Grass in the Hall at Charleston, SC’s premiere downtown music venue, The Charleston Music Hall. The success of the inaugural event on March 1st of this year inspired local promoter and proprietor of Awendaw Green to make it a regular event.

A month before the first Grass in the Hall, I was introduced to Eddie White at The Holy City Pop Show at the Charleston Music Hall. There, Eddie told me about his musical play land Awendaw Green. Not knowing much about this place, I went home and did a little research. I read they did a Barn Jam every Wednesday and I had to get down there and check it out. Scheduling conflicts and life in general prevented me from getting down there before the first Grass in the Hall.

Upon arriving on March 1st   for the first Grass event, Eddie introduced me to everyone that passed by us as we briefly spoke. Then like a spark of a match, Eddie shuttled me backstage to show me everything. His enthusiasm was palpable as he showed me every nook and cranny back stage. “Jason, you have access to anything you need.” He said as a guy came in from behind the closed curtain on The Music Hall’s massive stage. Then, as only Eddie White could do, he calls the guy over and says, “Joey, Jason” as he gestured to both of us to shake hands. “Jason, tell him what you’re doing.” I shook Joey’s hand and turned to say something to Eddie who had vanished. I turned back and told Joey what I was doing and asked him about himself. In a thick Kentucky drawl he said, “I’m Joey Jones and I play in Cumberland River.” That’s Eddie… He connects people and tries to make every event he does into a family affair.

Two weeks later, on March 13th, I made my way down I-26 to Charleston to finally see Awendaw Green for myself. I pull into The See Wee Outpost off Hwy 17 at 5 till 6 to see my first Barn Jam. With spring just around the corner, there was still a chill in the air as I made my way through the grassy parking lot adjacent to The Barn. As I come in the entrance the almost ground level barn is to my left and to my right vendors tables with arts and crafts. Just beyond that, pizzas are being prepared to throw into a fire oven. The grounds are beautiful and adorned with fire pits, picnic tables, a play land for the kids and a beautiful body of water fenced so you don’t have to worry about the kids wondering off into it. All this is the backdrop for a cool and laid back rock show. The people here are as friendly and inviting as the grounds are. Oh, and there are goats that roam the grounds and are infamous for stealing and eating set lists, which they did that night.

The first person to welcome me was local multimedia guru and Jailbreak founder Andrew Walker. “You made it out.” He said. “It’s Wednesday and it gets weird as the night goes on.” He said he wasn’t staying and took off. This place grabs you and holds on. It’s relaxed, comfortable and the sound is awesome. As a note, about an hour later Andrew was back. I guess he couldn’t stay away. Awendaw Green is the kind of place you have to experience first hand to appreciate it. After roaming around and taking some photos and video I spot Eddie. I go over to say hello and we speak for a few minutes until Eddie spots someone passing by, “Jason, do you know Brent?” “No,” I said. “Jason, Brent… Tell him what you’re doing.” Whoosh, Eddie vanishes.

At the end of the night, Eddie informs me that the acts are extending later than usual and to stick around a little while and offered me a cold one. I accepted the brew and told him I had to drive back to Columbia but I was definitely coming back. On March 29th my buddy Mike and I did just that and we were treated to and awesome night with Danielle Howle and Josh Roberts. We stayed well after the show and were invited back to the compound for a campfire and sing alongs with all the acts that night and some locals. It was awesome.

Checkout Awendaw Green! Bring the family, friends, a cooler and a since of adventure. I’ll be there a few times this summer and I hope to see you there.

Now back to the event this Friday June 7th, Grass in the Hall 2. First up is Columbia SC’s Stomp-Grass quintet The Black Iron Gathering. This is the only band on the bill I’ve had the opportunity to see live and let me tell ya… They Stomp! The Hall will need to call in the repairmen after their set because the roof will be blown off. With a frenetic back beat of their stomps to the gentler more folksy numbers they will get the show off with a bang!  Next up is Mount Pleasant’s own The Bushels. As quoted by Ballard Lesemann in the Charleston Metronome,

“It’s not your typically timid coffeehouse folkie stuff, and it’s pretty far removed from the kitchy jamgrass side of the jam band scene, too.”

They are polished and after a few listens of their latest effort The Bushels, I can say they are definitely a band I’m looking forward to check out.

Last up is Siler, NC’s Nu-Blu. They fall into the gentler side of blue grass. Their infectious harmonies and songwriting will surely make them a crowd pleaser on Friday night. Nu-Blu, as with all the incredible acts on the bill, will definitely make night to remember in a venue with the best acoustics in the low country, if not the state.

So take a break from the grind and come out to the Charleston Music Hall and check out Grass in the Hall, Friday June 7th at 7:30. This show is a no brainer for entertainment; it’ll rock you and relax you. Get there early and say hello to the Low country magicman with the white beard, not Santa Claus but Eddie White. Although with all the gifts of music he’s been giving lately maybe he is a little like him. 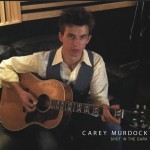 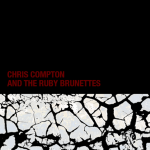