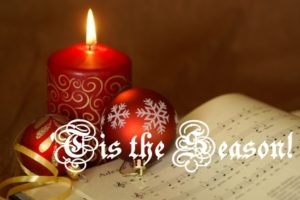 The holidays have arrived! If you’re looking for stocking stuffers, consider adding these newly released CDs to your list. From Americana to good old rock and roll, they will entice and satisfy your loved ones’ musical tastes. Throw the CDs on to your holiday playlist and enjoy homegrown music from some of South Carolina’s talented musicians.

Stop Light Observations is an up and coming band who is making waves with late night appearances on talk shows as well as blowing up the local South Carolina scene. Toogoodoo was recorded live and features a delightful blend of SLO’s signature sounds. Young, hip and motivated, these guys will make you want to get up and dance in celebration of a good life.

Croweater: Echo Of A Bone by Fall of an Empire –

This hard rocking band out of Spartanburg released a stoner rock CD, Croweater: Echo of a Bone. The band, known for its killer riffs and on-point vocals, has created a masterpiece of rock-sanity with bluesy and metallic vibes. Don’t miss an opportunity to add some gritty hard rock to your playlist.

John Ford Coley knows his way around the music industry and is famous for playing in a duo with the late England Dan. He now is based out of South Carolina and has released a new CD, Eclectic, which was co-produced by Coley and Tom Wurth from Nashville, TN. The album features an A and B track with 26 original songs that will touch your heart with touching tributes and surprise artists sitting in for the recording sessions. Enjoy a bit of laid back history with a fresh sound with Coley’s latest.

Cary Ann Hearst and Michael Trent are a married duo who have taken off in recent years. They released a CD this year, Little Seeds, that contains a collection of 13 rip roarin’ fun songs that will make you want to get up and dance. If you haven’t gotten to know them yet, add this to your To Do List for a jammin’ good time.

The Dead 27s are based out of Charleston and have debuted their first full-length album that infuses brilliant rock and roll along with classic soul. Their intense jams push boundaries with their musical flair and have gotten positive accolades from audiences as well as critics. Add this one for anyone who enjoys great chemistry with an additional blend of exceptional talent.

NEEDTOBREATHE is a Grammy nominated band with a new CD called H A R D L O V E that incorporates new pop sounds with a funky synth style. Definitely a fan favorite, the band has played its title tracks while opening for Taylor Swift as well as having been invited to several late night shows. This rock and roll album is a must have for everyone’s stocking. 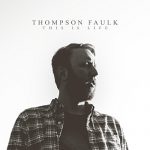