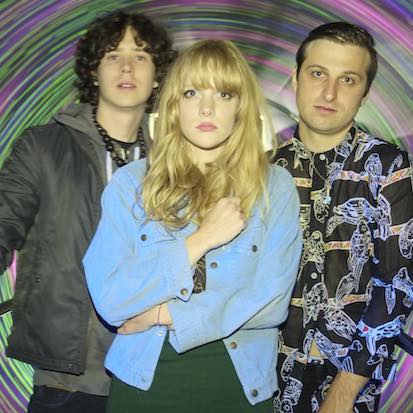 This Friday, Icky Blossoms make their way to Columbia to lay the groundwork for the band, Of Montreal, at the Music Farm.  I was asked to interview the band, when, quite honestly, I had not actually heard them previously. After listening to the band for a straight week and getting comfortable with their music, I ended up purchasing their self-titled album released in 2013.  Now, to tell you the truth, I cannot put it down. It’s very heavy on the synth work and the electronic feel is very dominate and creative. The effort put forth on their newest release “Mask” is quite strong as well and leaves the listener wanting to put the album on repeat.  Hailing from Omaha, NB, Icky Blossoms is a super electronic group indeed, with the availability to keep originality pumping through the heart of their production skills.

Currently on tour in support of the their new album, I was able to get in some questions for their guitarist, Nik Fackler.

BR – So what fueled the name Icky Blossoms?

NF-It means a lot of things. We like the imagery it creates. Something gross and something beautiful.

BR-How did you all meet, and how did all the members musical interests clash together to develop the band’s sound?

NF-We’ve known each other for over a decade. Playing in bands and going to shows and after hour parties in Omaha. It’s a small city so if you make music you tend to just know each other and who plays what. We all come from different musical backgrounds and tastes. From hip-hop, to grunge, to pop. But, in general we all just appreciate many kinds of music. When we write songs we pull from all our individual influences, then work together to create something new.

BR-What is the music scene like in your hometown of Omaha, NE?

NF-It has history that spans for many generations. Both of my parents were musicians in the 70s in a band called Bumpy Action, so we are just continuing a tradition that’s been going on for generations. Omaha is small and there aren’t a lot of things to do, so making bands and playing shows for friends is just what you do. After the blow up of Saddle Creek Records and the clubs and studios that were built because of it, only make this scene stronger and encourage new and young musicians to keep making new music and getting it out there.

BR-As far as the song writing goes, is it more of a collaborative effort among members or does the band have one major song writer?

NF-It’s very collaborative. More so on this record than our first. For the most part we all write songs by ourselves. Then, we present collections of songs we’ve written alone to the band.  From there, the band chooses the best ones and then we all work together to take them to a new place and turn them into Icky Blossoms songs.

BR-Systematically, how does your most current release “MASK” differ from your past releases?

NF-Well, the first record was a big experiment in electronic music. We come from a background of punk shows and wanted to try something new, so we had a “no guitars” rule while writing songs. But, as we started playing the songs live, we found that we started combining our past history of rock shows and combining them with the club vibe from the record. The result was a sound we really loved and wanted to try and duplicate for MASK.  For MASK we used live drums and many layers of real bass and guitar, mixed with our club sounds. It made the recording process difficult at times. But the result is a really unique sounding record.

BR-Generally speaking, what are your songs about?

NF-Whatever you read into them. Obviously, they come from different parts and feelings of our own lives. But we believe music is best enjoyed by projecting your own life onto the song and relating to it that way. We are band full of romantics and jealous lovers that love fucking.

BR-Obviously being on tour at the moment with Of Montreal is a major stepping stone in a great direction for the Icky Blossoms. What are some other high points as well as low points the band has experienced along the way?

NF-Being in a band is full of highs and lows. Every day has them. The highs most of the time come as big jolts of excitement when you find out something… like you’re going to be going on the road or finishing a record. The lows are things like, damn we can’t find a place to stay or the frustration of not being able to find that perfect synth part that you know exists. It’s a constant back and forth. But without the lows you wouldn’t appreciate the highs. You need both. If it’s just one or the other, the band may not last long.

BR-One of the first things I noticed about Icky Blossoms music is the synth work on your records. I truly love great driving synth work on albums where it genuinely fits, and in a lot of cases it can really make or break a record. I find that in Icky Blossoms case it’s totally a proper foundation that is maintained very well. Who are some of your influences that have allowed you to develop your synth work?

NF-When we write, we try out a lot of synth parts. There may be 15 synth parts in a song when we bring it to the band. Then as a band we carve the once that don’t work out until we find the perfect one. As far as influences it’s hard to tell. We all really love The Cure and the way use really solid synth lines as hooks in the songs. I also love the sounds of old drum and bass records. Really grimy bass lines and loud booming 808s. We love being able to use synth low end to really shake the walls of a room. We want the crowd to really feel the sounds sometimes and those low end synths are the best at that.

BR-Any thoughts on what the future holds for Icky Blossoms?

NF-Not sure. Best not to expect anything. When you start expecting you can be let down and that can throw you off creatively and stifle you. We would be happiest I imagine just continuing to write songs and make music that gets a crowd of people dancing. When you are on stage and feeding off and audiences excitement. It’s one of those great Highs of being in a band. If we are stilling doing that in 5 to 10 years that’s all that really matters.

ICKY BLOSSOMS open for OF MONTREAL this Friday May 15, 2015
@ Music Farm Columbia SC
See below for details and ticket information. 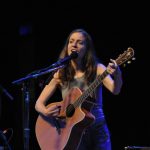 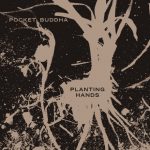