It has been almost a year since the music world lost a truly original voice. Gregg Allman, one of the founding members of the Allman Brothers Band, passed away on May 27 of 2017, but he left behind a rich catalog of music from both the Allman Brothers and his solo projects. Gregg Allman was laid to rest in Macon, Georgia next to his brother and former Allman Brothers bandmate, Duane, who was killed in a motorcycle accident in 1971.

When an act makes as big a mark on the music world as the Allman Brothers Band did, there are inevitably fans who rise above the usual activities such as listening to albums and attending concerts. Local musician and business owner Michael Davis is just such a super fan. Davis has run Ye Olde Music Shop in Hanahan for more than a quarter-century. As a musician Davis understands what fellow players and performers are looking for, and as a business owner he has gained a reputation for not only getting hs customers the best price on equipment, but also giving back to the community that has allowed his store to flourish over the years. One such project is the Hanahan Amphitheater, which opened in 2013 and serves as a scenic outdoor venue for concerts and other events. Davis was an early champion of getting the amphitheater built, and he has held an annual Lowcountry Music Hall of Fame awards ceremony on the site the last three years.

Now Davis and several of his fellow local musicians are pooling their talents to present a performance of the music of the Allman Brothers Band at the Hanahan Amphitheater on Sunday, March 18 from 2-6pm. The group calls itself Idlewild Revival, and in addition to Davis on guitar consists of guitarist Rev. Dr. Johnny Mac, bassist Wayne Mitchum, drummer JT Rollerson, drummer Wes Powers, keyboardist Bill Nance, and singer Tim Kirkendall. The band last performed in November of last year at the Charleston Music Hall to great response. Davis had originally wanted to form a Allman Brothers tribute band to honor the great music made by of the members of that classic Southern rock act. Davis admits though that it was the passing of Gregg Allman that served at the catalyst for starting Idlewild Revival.

Talking to Davis in his Hanahan music store recently, it was clear that he has a real love for music. In addition to talking about the upcoming Idewild Revival show, we chat about first concerts (Davis trumps my Joan Jett boast by revealing that his first show was the Beatles), and Davis recounts a story about running away from home in Chattanooga at 13 and ending up seeing Jimi Hendrix live in Atlanta after showing up with no money or tickets at the venue. The story, which involves a limo driver that smuggled Davis and his friend through the main gate, is so amazing that it can’t possibly be made up. “We want to pay homage to the old Allman Brothers performances early in the band’s career at Piedmont Park in Atlanta,” says Davis. “The show last year at the Music Hall got such good response that we want to do about four shows a year. We don’t want to drive it into the ground. When we do a show we want it to be special, be it a special place or on a special occasion.”

All of the musicians have played with one another in various combinations over the years, but when Idlewild Revival first met last August to rehearse, it was the first time the seven musicians had all been together in a single act. “We’re all seasoned players,” says Davis, “and we’ve all played these songs many times. We know what they’re supposed to sound like. It’s not like we’re trying to sound like the Allman Brothers, but when we all got together we kind of did sound like them.” The inclusion of two drummers just like the real Allman Brothers definitely makes it easier to reproduce that classic sound.

Tickets for the March 18 show are $20 and can be purchased through Davis’ store’s website, yeoldemusicshop.com. The Hanahan Amphitheater is located at 1000 Mabeline Road in Hanahan, just off Rivers Avenue in North Charleston. 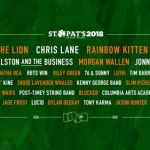 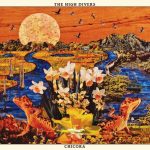