It was around this time a year ago that we were asked to come up to WXRY’s “Unsigned” show and talk about this project that we now know as South Carolina Music Guide.  While there, Matt Holmes, a local musician in the area, came over and handed us the new CD he had just recorded at Archer Avenue Studios.  On the way home I listened to the cd and was impressed.  Musically speaking, the cd was good, but pleasantly surprising was the production value and the quality of sound coming through the speakers.  Up to that point, I had heard about Archer Avenue, and it’s owner, Kenny McWilliams, but I had not listened seriously to many of the projects coming out of that facility.  This Summer I decided it was time to contact Kenny McWilliams and write an informational piece on his studio.

Archer Avenue Studios is in a very unassuming location.  In fact, it sits squarely behind Kenny McWilliams’s home in Columbia, which incidentally, is the same childhood home where he grew up.  Kenny comes from a musically inclined family, and it was his father who built the structure for the purpose of playing and rehearsing music.  His dad obviously saw something promising in Kenny’s music ability too, and the facility was designed to provide a working space for Kenny to record, an act for which Kenny is extremely thankful.

The building itself was originally comprised of just two rooms.  The back room housed the entire studio operation, while the front was used as a garage and rehearsal space.  In the fall of 2012 the building underwent a major renovation.  The garage portion was converted into the studio control room, while the back room now serves as the primary recording area.

Surprisingly, the name of the studio does not come from it’s street address.  Needing a studio name when Kenny’s band, Baumer, recorded their first album, it was decided to use a name from the movie The Royal Tenenbaums.  Archer Avenue was the street where the main characters lived.  The name has been used ever since.

Cutting his teeth on four track  recording over ten years ago, the first album Kenny ever recorded was with Baumer while he was in college at USC.  Using ADAT machines, Pro Tools, and a Yamaha digital mixing board, Kenny completed the album which was eventually mixed by Mike Shipley of Maroon Five fame, among others.  Kenny soon dropped out of college to play with the band, but realized that living hand to mouth was not his idea of fun, so he began to look into recording as a way to earn a better living for himself and his new bride.  It was around this time that he connected with his current business partner, Eric McCoy.  To help complete the second Baumer album, Kenny borrowed various pieces of equipment from Eric.  A friendship and a business relationship began to develop.

Hailing from the town of Union in the upstate, Eric McCoy graduated from the University of South Carolina and after a year of working in Columbia, began to play music full-time and toured around the Southeast with Wade Joye.  Gaining experience in the recording studio while touring with Wade, Eric invested in Pro Tools once he left the tour circuit.

Although business partners, Kenny and Eric rarely get to work together in the studio.  Most of their sessions are booked via word of mouth, with the artists contacting the guys individually.  The studio also has a busy website and has begun booking some of their jobs via this medium.  While the studio is Kenny’s main bread and butter, currently Eric is part-time.  Through all these dynamics they have a worked out a good policy at dividing up the work.  Along with repeat business from past clients, if something comes in through the website and Kenny has some downtime, Eric will push projects over to Kenny.  Likewise, if  Kenny is booked way out in the future, he will send jobs towards Eric.   Although the jobs are generally divided up easily, the notion of scheduling the rooms can prove a bit difficult.  They adhere to a strict schedule to minimize the number of room conflicts.  Future plans include moving into a larger facility with multiple control rooms so that Eric and Kenny can work on projects simultaneously.

Possessing laid back and easy going attitudes has proven a successful component in their partnership.  As musicians themselves, they appear to have a very open and understanding approach when it comes to their projects.  They draw upon their own musicianship and quickly and effectively get their clients to the point where they want to be.  Their personalities seem to blend well with their client’s, and they tend to develop friendships with many of them.  In fact, more than once will you see Kenny and Eric on stage with their clients performing.  This is a remarkable feat considering most studio owners do not get overly involved with their clients.  In my opinion, this is a strong testament to the workmanship and craft these guys bring to the table, and bodes well for their future.

While speaking with Kenny and Eric I came away with the impression that they approach a recording project in a very honest and thoughtful manner.  Their goal is for the customer to leave with a quality product that makes them happy.  They are open and flexible with their clients, and they enjoy recording the newcomer, who may not come off as a professional straight out of the gate.  Most of their clients return for future sessions which certainly says positive things about their demeanor and attitude towards the customer.  The result of recording in this laid back atmosphere for the newbie is two-fold.  They come away from the experience much more educated and better equipped for future sessions.  Plus, the client comes away with a solid recording that shows off their talents.  Kenny’s approach to a recording session primarily follows “a song a day” rule of thumb.  He is not in the business of pushing a gush of material through the mic in a single day of recording.  His approach allows for a more free flowing experience, which translates well into the recordings.  Kenny also likes to get his hands on basic artist demos before a session, even if it is just something recorded from a cell phone.  This allows him to get a feel for the overall sound so that he is better prepared once the actual session begins.

Archer Avenue Studios has done remarkably well in a relatively short period of time.  The proof is in the final product.  Just ask Matt Holmes, and I am sure he will agree.  How do I know?  Well, Matt just completed his second album at Archer Avenue under the project name Youth Model.  The proof is most definitely there. 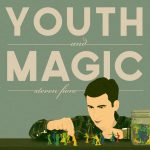 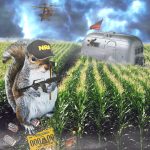