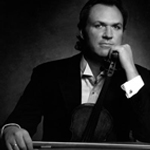 Ahhhh, music.  I’ve never met a single person that said, “I don’t like music.”  Genre differences, sure.  Audiophiles versus casual listeners, sure.  But no one says “I don’t like music.”  Though not quite as universally, I can also say that I’ve rarely met a non-musician that hasn’t said to me, “I wish I could play…(insert instrument here).”  Or, more commonly, they quip that they wished they hadn’t quit taking piano, violin, guitar, tuba, whatever, after mom stopped MAKING them take lessons. I think maybe, just maybe, Mark O’Connor might share a little of my experience in this regard.  And maybe, just maybe, those thoughts had a little something to do with why he created his own “method” for the violin.  And from this writer’s perspective, he may have chosen to so embark to begin a desperately needed resurgence, perhaps even a revolution, to bring the violin, or the “fiddle” (depending on what style of music you are playing), back to the masses of young budding musicians, or young budding human beings – whatever the adult result, an appreciation, and understanding, and love, for one of the most classic, one of the most beautiful in form and function, and timeless instruments ever created.

Now, I’ll get to Mr. O’Connor a bit more in a minute (hereafter referred to as “Mark,” because from what little I know, he seems to prefer the less formal address).  But first, let me make clear why Mark’s method particularly matters to us.  Because the flagship Mark O’Connor String Camp is based right here in Kakalaki – Charleston, to be precise.  The summer of 2014 will mark the 4th weeklong youth string camp hosted in our most historic of cities, in the heart of the old town, with students walking cobblestone or carriage-touring streets from class to class held in some of our oldest and most storied locales….even a jail (yep, jail – if you don’t know what I’m talking about, you need to know more about Charleston – trust me, it’s very cool). And over this week, children from all over the U.S. and a solid handful of other countries will study, practice, and play all sorts of musical goodness.  Orchestra, old time, irish traditionals, fiddle tunes, bluegrass, improvisation, and more – all of these classes are offered.  Oh, and it’s not just violin/fiddle.  Mandolin, cello, guitar, vocals, and I’m pretty sure a few more are all offered as electives, because this camp, this method, makes one thing very clear in its teaching – it wants students to LOVE playing music, and to have FUN, while also really, really, learning.  And trust me, they do.  My daughter started with the Suzuki method and it was all I could do to drag her across the threshold to sit and do another version of “Twinkle, Twinkle Little Star.”  She then began the O’Connor method through her school, and attended camp last summer.  Now, at 10 years old, she pulls out her fiddle and starts playing when I haven’t requested a thing.  Not only that, she is playing fiddle tunes that I have been playing for years, and as a dad, all I can think is, “Oh we are going to have so much fun in a couple of years.”

So, let me get back to Mark.  This humble gentleman won the Grand Ole Opry national championship on the fiddle at age 13 (by the way, the championship was regardless of age – he whipped everyone).  He also won Winfield on the guitar the same year (a national championship which remains to this day the litmus test for the best).  Oh, a few years later he won another major national championship on the mandolin.  Teenagers…oh how they waste their time.  Who has he played with?  Well, just about everyone.  But to name a few… Chet Atkins, James Taylor, Michelle Shocked, Alison Krauss, David Grisman, Tony Rice, Bela Fleck, Renée Fleming, Pinchas Zukerman, Stéphane Grappelli, Patty Loveless, The Dixie Dregs, John Hartford and Wynton Marsalis, Yo Yo Ma, Edgar Meyer.  Trust me, the list goes on, and these folks are his friends.  And I may be off a bit on these stats, but I think he won 2 grammys, 8 grammy nominations, 7 CMA awards, and countless others.  Anyway, that’s a thumbnail sketch at best, but his biography isn’t the point of this article.  This is the guy who launched his method into a children’s camp, the very first of its kind, right here at home.  And we should count ourselves lucky.

Pam Wiley directs the camp.  She is nothing less than wonderful to deal with whether you are a parent of a student or the student herself, and her passion for this camp and its continued success and growth is inspiring.  Pam and Mark have worked very closely together to create the curriculum, assemble an insanely top notch staff from around the country (just check the website bios and you’ll agree), and implement a week of pure music – learning, listening, loving, and hopefully, longing for more long after everyone heads home with their new skills and memories.  Before I forget, let me give our readers the link  O’Connor Method Camp.

I kind of doubt the students know exactly what they are experiencing or with whom they are experiencing it when they meet their teachers for class each day.  And I’m darn near certain at their ripe young ages, they have no idea exactly how lucky they are to be standing around sharing the stage with and playing the same instrument as Mark.  But there they stand, surrounding the “tall guy in the middle” in a final recital filled with proud family and friends, most of whom leave the building scratching their heads with thoughts or words of, “how did they do that with my child in one week?” How indeed.  It’s the teachers, it’s Pam, it’s Mark, and it’s the Method, and it’s reMARKable (oh…that was bad I know but I couldn’t resist).

The violin in its present form is over 400 years old.  Almost nothing has changed about it.  Its shape, it’s construction, its G/D/A/E standard four string tuning.  I actually learned that from Mark because he stressed it to the students and the parents at the final recital last year, and I expect we will hear it again this year, because it’s important.  In so stressing, he imparts to us all the timelessness of this instrument, the importance of it in history, its relevance in virtually every genre of music over centuries, and yet, with all of that, he wants children (and adults, too, I’m sure), to learn just how damn fun it is to play. 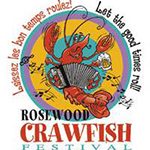 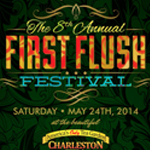