The South Carolina Music Guide had an opportunity to talk with Sam Beam, also known by his stage name Iron and Wine, before a sold out show at the Charleston Music Hall on Sunday February 23rd.  He was absolutely delightful, and we were able to sneak a peek into his head about how he feels about coming home and playing for family and longtime friends.  “Friends and family will be coming from Myrtle Beach to see me play,” says Beam.  “I am looking forward to it.”

For this Chapin, SC native, music wasn’t initially what Beam sought out to do.  His initial interests laid in the physical arts with acrylics, but he later found himself writing screenplays and getting a degree in film making and photography.  “Film making concentrated all sides of interests, including photography, writing, and art.”  While teaching at the University of Miami, his love of screenplays eventually led to songwriting, and at the age of 28, he decided to try his hand at recording.  Self described as an accidental songwriter, the name Iron and Wine is taken from a dietary supplement named “Beef Iron & Wine” that he found in a general store while shooting a film.

After sharing his music with friends, he was found by Sub Pop, a Seattle indie label (also known for working with Danielle Howle), who published his first album, The Creek Drank the Cradle.  Sam wrote, performed, recorded and produced the album in his home studio. Featuring acoustic guitars, banjo, and slide guitar, the album’s music has often been compared to that of Nick Drake and Neil Young.  Overall, there have been comparisons made to Beam’s soft voice and lyrical components, to those of Leonard Cohen, to which Beam responds, “Sure, yes, (I admire him) for song tradition.  However, I really look more toward poetry when writing songs.”

Sub Pop produced two more albums before Iron and Wine was courted by larger labels, such as Sony and Warner.  Warner Music ended up producing the popular album, Kiss Each Other Clean.  This album took a different angle on his soft Southern charm and edged a bit more to jazz and African tendencies. While many of his songs are spiritually based, Sam states that he’s simply “not into organized religion,” but feels that the symbolism held in popular religious beliefs holds true.  Currently, his newest album, Ghost on Ghost, produced by Nonesuch Records, incorporates more jazz and blues as he continually expands his repertoire and talent.  For this album, Sam enlisted the help of some of the music industry’s top players.  Led by the keyboardist Rob Burger, of Tin Hat, the songs were recorded live with a rhythm section.  Then, producer Brian Deck overdubbed just the horn parts and the backup vocals.

Iron and Wine has played on a variety of late night talk shows and in commercials, such as Dave Letterman and the Tonight Show.  Most ironically, the song Flightless Bird played during the prom in Twilight.  Having five daughters of his own, Sam Beam has been known to think “who wouldn’t want your music to be heard by 15-year-old girls all over the world with the preconceived notion that, because it’s attached to this movie, it’s great?”*

Currently residing full-time just outside of Austin, it appears that Sam has found a balance between his family life and his music career.  He admits that early influences from “skate punk…and country music” were heavy influences on his earlier styles.  As he remembers, “Folks were into 60’s R&B.  It was a product of that time.”  For now, his wish is to continue making music but adds, “Everything has been a fluke, so I’ll keep doing what I’m doing and continue to write music and play shows.  Been painting lately, maybe get back into movies.” 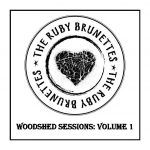