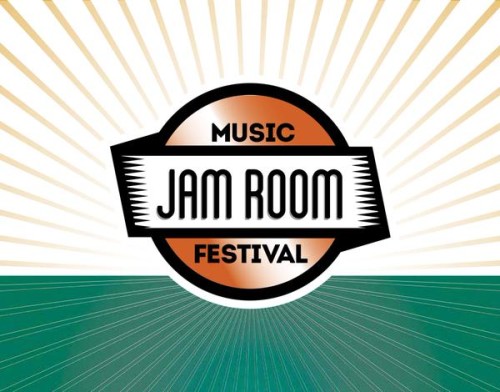 Now in its 4th year, the Jam Room Music Festival has achieved the lofty status as the Midlands’ greatest music festival. There are of course other festivals in Columbia that thousands flock to year after year – Rosewood Crawfish and 5 Points St. Patrick’s Day to name a couple. But no other festival places the emphasis so intensely on the music, and delivers with such consistency a lineup that is in a word – cool. You don’t go to the festival for the food (although there is plenty of great food to be had) nor do you go for the beer (ok, maybe the beer). The Jam Room Music Festival is about going to hear a band that should be in your playlist but isn’t.

The festival that has given us (and I mean given…it’s free people) The Hold Steady, Justin Townes Earle, Son Volt, Leagues, and Superchunk now brings Blonde Redhead to Hampton and Main Streets this Saturday to headline yet another stellar lineup. If you’re not familiar with this alt-rock trio think Flaming Lips circa Yoshimi Battles the Pink Robots era and cross that with some Pale Saints or The Cure. But Blonde Redhead isn’t the only must see band of the day. Hiss Golden Messenger, set to open for Jason Isbell’s sold out show in Charleston in a couple of weeks, is joining the bill and has the potential to be the slam dunk set of day. Merge Records has served as a sort of pipeline for great JRMF acts such as Superchunk, Spider Bags, Reigning Sound and others. This year Hiss Golden Messenger carries the torch for the killer independent label out of North Carolina. Most of their material fits comfortably in the country-rock genre, but occasionally they step out for a more intense jam oriented tune or folk ballad. Crafty songwriting is accompanied by excellent musicianship to create a real sense of artistry to their material.

South Carolina is well represented with Columbia boasting six acts including the garage rock of Debbie and the Skanks, the straight no-chaser rock of The Distributors, Stefanie Santana, Grace Joyner,  and hip-hop duo Colorblind – a welcome addition to the JRMF lineup. Also, in case you missed their early time slot last year Rev. Matthew Mickens and the New Highway Travelers are back with a much more crowd-friendly 6pm slot so no excuse friends – go see these guys. A Charlotte band gaining a lot of traction lately, Junior Astronomers, occupy the sweet spot at 7:45. These guys bring the party have and a ton of that indie rock/punk “let me climb on your shoulders and take a selfie” thing. I particularly like the lineup order of the last four bands with each leading nicely into the next. Rev. Matthew Mickens → Hiss Golden Messenger → Junior Astronomers → Blonde Redhead. Nicely done JRMF crew. This is setup to be the most talked about music festival of the year. Make your way over to Main and Hampton streets this Saturday and take advantage of the gift that is the Jam Room Music Festival. You can then walk over to the after party at Art Bar in the Vista with three bands featured from Charleston’s own Hearts & Plugs record label. Good things are happening around here folks. Get out there and be a part of it. 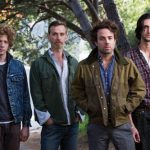 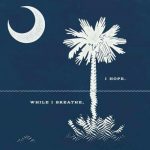