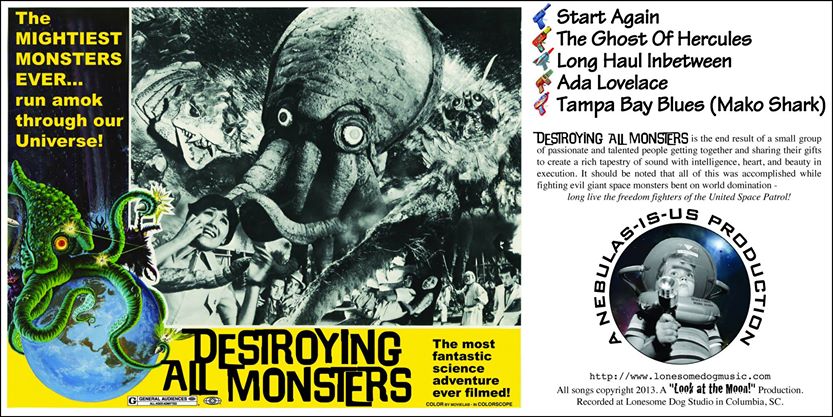 Columbia’s Jerry Axson takes the listener on a moody, nostalgic ride on his 5-song EP “Destroying All Monsters”. Singer-songwriter Axson slings guitar in a power pop style that recalls elements of ultra-poppy ‘80s new wave like seminal Atlanta band the Producers, but there are traces of Paisley Underground, jangle pop and ‘90s alt rock thrown in for good measure. It’s a sound that is solidly familiar but his firm grip on song-writing keeps everything sounding new.

Most of the songs here deal with relationships and there are really downbeat moments; the introspective and heavy lyrics counterbalance the sometimes airy and lightly flowing pop style. My favorite line is in “Ada Lovelace”: how many times have you heard “Your comprehension of math/ Penetrates my soul”? Axson is a very capable guitarist and his playing is tight with a shimmer of old-school ‘80s guitar effects that add to the atmosphere. Vocally, I find him very reminiscent of Matthew Sweet, and fans of Sweet would probably find something to latch onto here, as Jerry trucks in some of that same alternative power pop. There are solos galore here, mostly short and sweet. The riff at the beginning of “Tampa Bay Blues (Mako Shark)” is straight-up .38 Special and the rest of the song veers towards that style of blues-based riffing.

For the most part, this short set of tunes will remind you of ‘80s radio, and that’s not a bad thing. I liked the juxtaposition of some of the near-depressing lyrical imagery with the more up-beat music; it keeps the musical setting slightly unfamiliar and interesting. If you are looking for something old made new again, look no further.

Recommended if you like: The Producers, Matthew Sweet, The Dream Syndicate 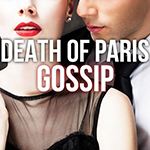