So here’s the thing; on any night at any venue in any city I would be thrilled to see either Jason Isbell or John Prine perform. Both singer-songwriters are brilliantly gifted artists who pour their heart and soul into their craft.  Prine, the older of the two, released his his first album in 1971 after making a name for himself in the open mike clubs around Chicago while still a mail carrier. More than four decades later Prine has amassed a ridiculously good catalog of songs and albums, and has been compared to folks like Bob Dylan and Woodie Guthrie. His songs gather from personal experience, observation, and current events, and more often than not his music has a melancholy mood that inevitably veers into the neighborhood of black comedy. In much the same way as artists such as Tom Waits and Todd Snider seem to compose from some dark and delightful region of the brain that is assumedly off limits to most, so does Prine’s work issue forth.

Isbell, who at 35 is just a year past being half of Prine’s age, cut his songwriting and performing teeth in the Southern rock band Drive-By Truckers, which he joined at the age of 22. After contributing some of the best songs to DBT albums such as “Decoration Day” and “The Dirty South,” Isbell left that band to start a solo career. Last year Isbell released “Southeastern,” a masterpiece that demonstrated just how refined his songwriting has become. Written just after a stint in rehab where Isbell quit drinking, the album features songs that run the emotional gamut, most notably the heartbreakingly beautiful “Cover Me Up.” “Southeastern” was the best album I heard in 2013, and when he headlined earlier this year at the Charleston Music Hall, you could have heard a pin drop in the place as he performed “Cover Me Up.”

So again, getting to hear either one of those artists perform would be a treat anytime, but both together? That’s almost asking too much, and yet this past Saturday night at the North Charleston Performing Arts Center Prine and Isbell played the final show of a quick four date jaunt through Georgia and South Carolina that had also seen them visiting Spartanburg, Atlanta, and Savannah.

Isbell was up first, and along with his band, The 400 Unit, he slipped easily into the nearly sold out crowd’s good graces. Anyone who might have been at the show just to see Prine would be hard-pressed to deny that Isbell songs such as “Songs She Sang in the Shower” and “Alabama Pines” owed a lot to Prine’s influence. Isbell even alluded to as much midway through his set, saying that without Prine’s music he might not have become a songwriter. Charleston’s own Sadler Vaden provided excellent backup guitar and vocals as part of The 400 Unit, especially on songs like “Relatively Easy” and “Cover Me Up.” That latter song again silenced all but a few knuckleheads a couple of rows behind me, who seemed determined to drunkenly chat through Isbell’s entire performance. Aside from those losers though, the crowd sat enraptured by the song’s beauty and then exploded in applause as it ended. Isbell returned the love by playing a few more solo songs and DBT favorites, including “Stockholm,” “Danko/Manuel,” and “Outfit.” I was hoping to hear the playfully rowdy “Super 8,” which is in my opinion the most Prine-like song on “Southeastern,” but it was not to be. I suspect that any Prine fan in attendance who was unaware of Isbell prior to that evening is now likely in possession of a copy of “Southeastern.”

After a short intermission, during which the drum kit was removed entirely from the stage, Prine sauntered out, followed by a bassist and two electric guitarists, one of whom doubled on mandolin. The lack of drums was really not missed once Prine and his crew kicked into “Spanish Pipedream,” which features the chorus “Blow up you TV, throw away your paper/Go to the country, build you a home/Plant a little garden, eat a lot of peaches/Try and find Jesus on your own.” Over the course of the next 90 minutes Prine and his band cranked out an impressive set of tunes that spanned his catalog. Songs such as “Picture Show,” “Six O’Clock News,” “Souvenirs,” and “Hello In There” seemed to delight the crowd. The drunken louts behind me seemed to have finally taken notice that there was an actual concert going on, because now instead of loudly shooting the breeze they were loudly singing along with every song (which is mostly acceptable at a concert) and trying to drunkenly shout words of encouragement to Prine as he talked between songs (not at all cool). Mercifully, security was eventually called and the loudest of the bunch was ejected. Prine seemed to pay them no mind, and talked about how he would gravitate toward older people as a youngster, saying, “I always thought that when I grew up I’d like to be an old person.” Prine then grinned, waved his hands at himself and proclaimed, “Voila!”  More favorites followed, including “Christmas in Prison” (an obvious crowd favorite), the gorgeous “Angel From Montgomery,” and the humorous “Oldest Baby in the World.” While singing “That’s The Way The World Goes ‘Round” Prine delved into the subject of misheard song lyrics, relaying a story from his youth when he had mistaken a line in a Fats Domino song as “grumbly beans” when in fact it was “promise to me.” “I liked the grumbly beans better,” lamented Prine. He then compared that incident to a fan asking him to play the song “about the happy enchilada,” which turned out to be the words “half an inch of water” from “That’s The Way The World Goes Round.”

Just when it appeared things couldn’t possibly get better, Prine gave his band a break and welcomed Isbell out to play a song with him. The pair performed “Storm Windows,” trading verses and harmonizing on the chorus, “Don’t Let Your Baby Down.” It was amazing to watch the two work together. Isbell was obviously in awe of Prine, and the elder artist seemed to enjoy the younger songwriter’s presence. Prine’s band rejoined him for “Bear Creek Blues” and a superb version of “Lake Marie” before bidding the crowd good night. With the entire PAC audience on its feet, Prine returned to the stage with both his band and Jason Isbell and The 400 Unit in tow, and called for a trip to Muhlenberg County. The assembled musicians then performed “Paradise,” with its chorus of “And daddy won’t you take me back to Muhlenberg County/Down by the Green River where paradise lay.” It was a great way to end a spectacular show by two amazing artists that complimented one another perfectly. 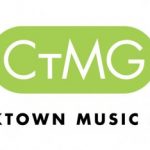 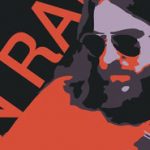