There are those musicians that sneak into your brain like an earworm and make you sit back and wonder “What the hell just happened?” Jonathan Robinson is one of those gifted artists that has excelled in working with an extensive variety of talented musicians both in and out of South Carolina. While initially from North Carolina, he lived in Charleston for many years while touring as a lead guitarist, making connections in Nashville, and forging into his own with a plan to go solo. Robinson opens up with South Carolina Music Guide about his progress and upcoming album, “As Long As I’m Alive”.

SCMG: Tell us a little about your history and work with bands.

JR: I’ve worked with a lot of up-and-coming bands like Court Carpenter, Dexter Roberts (from American Idol) as his band leader and guitar player, and Allan Craig Miller. I was constantly touring with Allan and was recently in Ohio. These days, I’ve been going out on 4-5 day runs instead of two month runs in order to focus on my new project.

SCMG: Tell us about your new endeavor and being independent?

JR: Around last October, some buddies of mine back in Nashville called me. The guys and I played for different country artists together and separately. One day my friends said “Hey, why don’t you come up here, and we can do four or 5 of your original tunes at our venue in town.” I have always toyed with the idea of going solo, so I did it! We ended up re-tracking a lot of those songs later in Robbins, NC. I’ve managed to make some good connections in that world. So I thought, why not get out and do my own thing?

SCMG: How do you feel about writing your own music?

JR: I find when I really write well, it’s not something you have a choice in doing. I have seasons when the inspirations are there, the songs are there, and that’s when I feel it’s good too.

SCMG: How has the response been so far?

JR: The way I am going about doing it as an independent artist is going well. I’d say that most of the people that know me seem to be pretty excited. The response around my home town and surrounding areas is great. I’m doing a preview of the album, along with a IndieGogo to help finish it up, which has resulted in a good buzz that I hope to capitalize on.

SCMG: Speaking of your Indiegogo campaign – how’s it going?

JR: It’s in its last 10 days. The day I launched it is when most people ordered. From my experience, it starts strong and ends strong. My social media has doubled. I’ve been lucky that many people have been responsive to the campaign. Details and sponsor levels can be found at my Indiegogo page.

SCMG: What should we expect when your album is released?

JR: “As Long As I’m Alive” is my motto. As long as I am alive, I want to get out and play the music that I love. The album has been in the works for a long time. The youngest song is approximately 8 years old. The songs are deeply personal to me. One is a funky blues jam, one is swampy, and some are rockers. I’ve been playing them for about 15 years, but they were the songs I wanted to share when I started focusing on a solo project.

Jonathan Robinson can currently be found right over the border in Hamlet, North Carolina. Follow him on Facebook, Soundcloud, and check out his videos on Youtube. 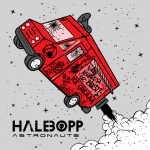 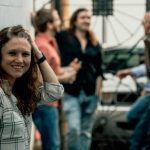