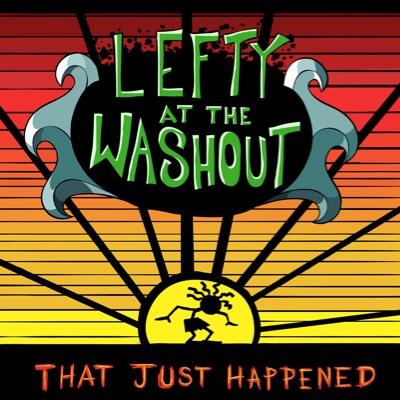 So, South Carolina reggae rock. Not so far-fetched when you think about it. We’ve got a coast and a history of traditional beach music. It’s about as close or closer to Jamaica than most of the other states, so why not? 311 are from Nebraska, anyway. Coming from the decidely non-beach front locale of Columbia, Lefty at the Washout have been giving this style a go for several years and their newest album That Just Happened puts the band right up there with any of their peers in this genre. With killer production that is level with anything out there and flawless playing, the band stakes their claim to the top of the heap. These guys really just goof on the notion that a local band can’t be competitve in a national market. On lead vocals and guitar is Charles Wilkie, who has a pleasant singing demeanor that fits the songs laid back style, even if he isn’t striving for any technical histrionics. Well played instrumentation courtesy of Stan Laraque (lead guitar), Jay Foster (bass), Barry Hicks (drums), Jonohn Taylor (turntables) and Rob Grookett (sax, keys) round out the roster and I have to say that the horns on this album probably are the draw for me. Grookett took some of these tunes to the next level, for sure.

The band has been bracketed with Sublime, Slightly Stoopid and others in the reggae/ rock hybrid style and the comparisons are valid, but I warn the listener of taking them too seriously. If you like those bands, you will find something here to keep your interest, true. But if you’re expecting the underlying punk fury of a band like Sublime or the ska allusions of 311 or Slightly Stoopid, it’s either not present or subdued; ’90s bands like Sugar Ray or Smashmouth could be a more dominant reference point. Those bands had a reggae-like alt rock sound with forays into turntablism that transmogrified into pop radio success, and it would be interesting to see how a band from South Carolina fares in 2015 with the same formula.

Album opener “The Get Down” starts with scratching and a chill reggae guitar soon propels this song into a pure pop paean to partying without drama. It’s a lyrical theme that defines the band, so no need to argue with it; you know what to expect and they do it well. Songs are meant for chilling at the beach/ lake/ pier/ bar/ you name it and they’ve got it down to a science. Nice guitar licks and a sax break at the end give it a slight jazz feel during the fadeout. “Roll On” leads in with distorted guitars and the drums gain power on the chorus, making it a more rocking affair, with some transcedent pop vocals layered on top. The title track is a song about “playing reggae on the lake” and it sums up the band’s mission statement, both lyrically and musically.

“That’s Cool” has scratching and samples right out of the Sugar Ray playbook but “Boogie Man” is a little bit of a game changer with some experimentation. A great sax intro and a relaxed Sublime-like feel changes into a rocking pre-chorus. Then comes the soaring chorus and a strange lo-fi ending. It’s a nice change of pace and keeps things interesting. “Rules” is probably my favorite track. Modern soul with cool sax fills, it reminds me of Men at Work (!?). It might be the least overtly reggae song of the bunch, but there are still some ska/ reggae guitar parts so you won’t forget the band’s focus. The sax solo is pure ’80s rock, but I say to the band: well played. Because ’80s sax rock probably doesn’t get enough love, anyway. Kudos. “Lyrical High” is standard reggae with lots of scratching and the rap breakdown fits it well, especially when followed by a cascading guitar solo. The straight-up reggae of “Mucho Culo” is about exactly what you think it is. Odes to the nicest qualities of certain senoritas might betray a Sublime influence, but the band gives it their best unique spin. “Be Mine” is the pop ballad, recalling Sugar Ray or maybe even something out of the more soulful reaches of the Faith No More catalog. Album closer “Reeses to Pieces” might be the closest one here to ska and as always the horns bring it.

I have to say that as a big Sublime fan in the early ’90s, I sometimes get a little frustrated at modern bands who are reaping the seeds that Bradley Nowell has sown. It often seems like newer bands have their hearts in the right places, but require more inspiration to keep this style alive. And while Lefty at the Washout might need a little more depth lyrically to pick themselves up out of the crowd of contenders, they definitely have the chops, production, focus and well, just the perfect mission statement (“playing reggae on the lake”) to maybe make a lot of people outside of South Carolina realize that indeed, That Just Happened. 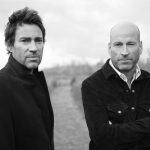 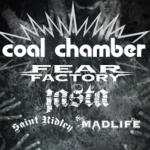