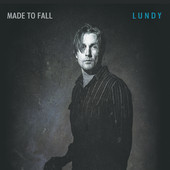 If you have paid attention to the South Carolina music scene, you would be hard pressed to find someone that has not heard of Brent Lundy.  The man has been a fixture on the Columbia music scene for 20 plus years and has become the embodiment of the “do it yourself” musician.  There were a lot of SC natives waiting for Lundy to come out with a new album.  Most people familiar with Brent’s catalog of work associate him with a sound that is full-bodied and polished.  His new album, “Made to Fall”, takes a different approach.  Described by the artist himself, “it is stripped down acoustic soul-rock delivered with the vibe of old R&B arrangements and the spirit of classic Rock&Roll”.  Upon hearing the album I would have to agree.  Brent has always had a natural raspy tone to his voice which has lent itself well to the songs he has written.  In his new album, his voice has taken a center stage approach, and comes across as a whiskey soaked instrument that would make Rod Stewart envious…and I mean that in a good way.  I liked the album.  It has a dry tone which is dotted with wonderful snippets of instrumentation and subtle nuances throughout.  Kicking things off is the song “Walls”.  This is a classically vibed throwback that is well written and produced, and along with the rest of album, was guided by the hand of Eric McCoy over at Archer Avenue studios.  In addition to “Walls”, other standouts include “Story Of My Life So Far”, “A Lover Like You”, and the hauntingly uplifting song “Walking Alone”, which closes out the album on a nice note.   All in all, Mr. Lundy has done a nice job in taking the listener on a little journey back to a time when less was more.

This album can be found on iTunes 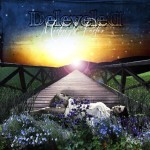