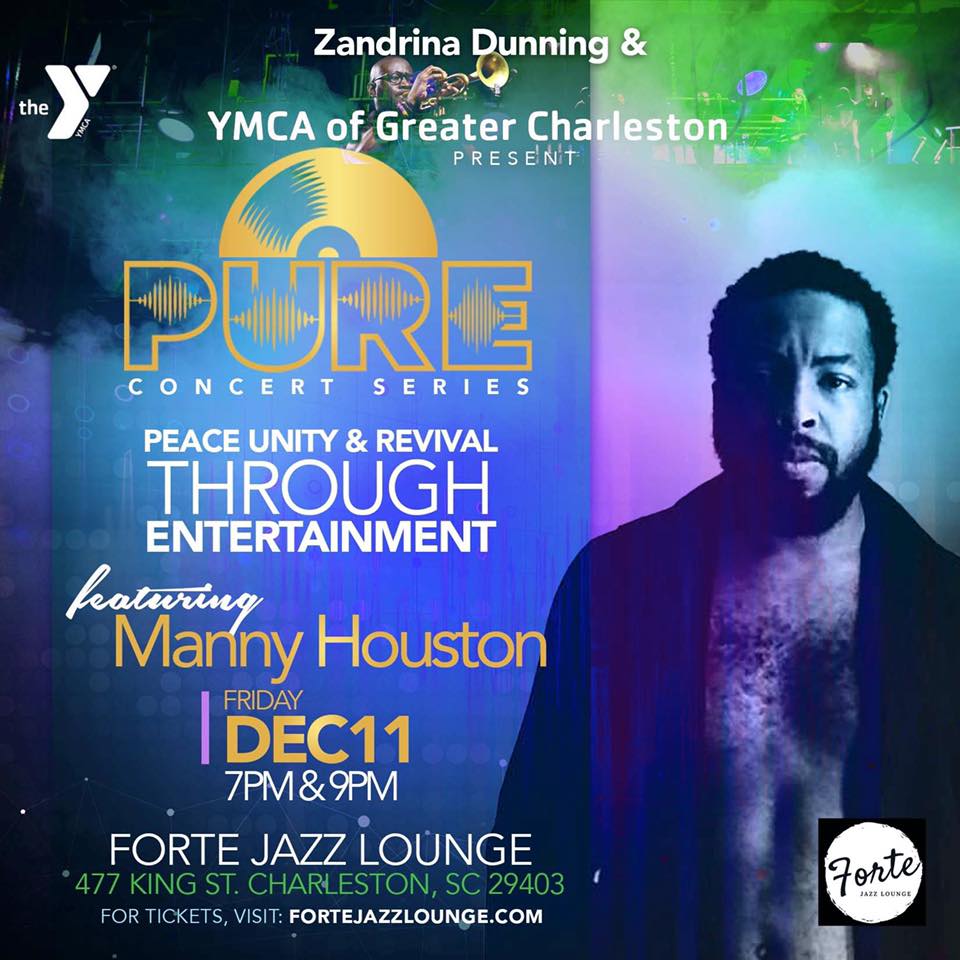 Today the South Carolina Music Guide sits for an interview with Singer, Actor, Pianist and Rapper Manny Houston as he prepares for the upcoming Pure Concert Series. This event is hosted by Zandrina Dunning and The YMCA of Greater Charleston. It is a series of intimate live shows to uplift and send positive vibrations to our creative community and supporters of live music. Manny has been described by some as an extraordinarily gifted young man with a plethora of talent. I have had the pleasure of witnessing Manny’s live performances which can be described as energetic and melodically orgasmic. In this article we will get to know Manny and the background that shaped him.

SCMG – You grew up in the Greenville area and later relocated to Charleston. What is it about Charleston that made you want to plant your musical footprints here?

MANNY – I came to Charleston as a college student enrolled in the Musical Arts program at the College of Charleston. The richness of the musical heritage in Charleston helped me to really understand music. So much musical talent came out of Charleston that music is a tradition here.

SCMG – What do you think defines your style of music?

MANNY – I am musically eclectic meaning my styles derives from a diverse range of sources. I define myself as a hip-hop creative who makes good music composed via piano performed by singing and/or rapping. Good music is my style. I aim to make people listen and vibe.

SCMG – What influences do you believe shaped you?

MANNY – One of my biggest musical influences is Travis Gambino because he is not an in-the-box performer. Musically, Kanye West is a genius. D’Angelo has been a big inspiration due to his musicality and vocal ability. I can relate D’Angelo’s music to a combination of traditional gospel quartet and RNB.

SCMG – At what age did you realize that you were musically inclined?

MANNY – Initially, I was not inclined. My dad and Pastor forced me to play piano for the church at age 8. I did not start appreciating music until age 17. I have always had the support of my family who equipped me with confidence in myself and encouraged me to be ambitious, great at what I do and not to be idle in downtime.

MANNY – In college I focused on plans to make the rights move to be successful in the music business while performing in local bands. I also knew musical theatre was something I could do well, and people enjoyed when I did it, so I pursued musical theatre full-time. I auditioned for Disney and got an offer the same day which prompted my move to Orlando. After my time with Disney I auditioned for Hamilton on Broadway which inspired my move to New York. Shortly after, I auditioned for a second Broadway show allowing me to meet some key players in the industry. From that meeting came an offer for a show on MTV in Chicago. Unfortunately, COVID-19 foiled those plans causing this “creative” to tap into a higher level of creativity.

SCMG – Are you writing your own music? How do you find inspiration for your songs?

MANNY – Yes, I pull from real life. If I am going through something, I figure out how to musically express it.

SCMG – You have had the opportunity to work with many great musicians. What is your most memorable experience?

MANNY – I will never forget; I was playing at the Commodore in Downtown Charleston and The James Brown Band came through asking if they could sit in. I played with some of the original members of The James Brown Band. We covered the song, No Diggity by Blackstreet, and it was one of the most amazing moments of my life.

SCMG – What projects are you currently working on?

MANNY – In the future I plan to start an art school in SC focusing on interdisciplinary study to learn multiple art forms outside of Eurocentric art forms, for example. (i.e. African dance and drums). My new album will be dropping in the Spring of 2021.

SCMG – When can we expect a live performance?

MANNY – On Friday, December 11, 2020 I will be the Pure Concert Series featured artist performing at Forte Jazz Lounge located at 477 King Street. You can expect to hear original music from me as well as some familiar cover songs. For tickets visit Forte Jazz Lounge and more information visit The Dez Experience

SCMG – Thank you for sitting with us today. We are looking forward to the musical experience of Manny Houston. 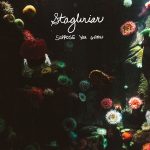