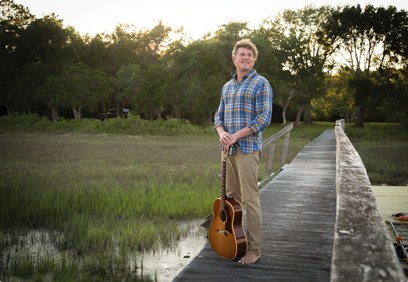 I have been to my fair share of CD release parties but nothing prepared me for this. Before I could even make it into the Windjammer there were people lined up to get in to the already packed house. Mark Bryan’s new solo album “Songs of the Fortnight” was released on August 11th and well… let’s just say that the full party started on the 10th.

This was nothing like the crowds he pulled in from his early Hootie and the Blowfish days. it was better. If you have lived under a rock for the last twenty years Mark was the lead guitarist and original founding member of Hootie. After rocking through the 90’s Mark made his home in Charleston. Since then he has done nothing less than help create one of the fastest growing locally engaged music scenes.

They said it was a CD release party but it felt more like a reunion. The list of guests was not only long but, unbelievably amazing. The opening act was Jenny Leigh. Mark discovered Jenny and has been a huge influence on her career. Stopping in from Nashville, Jenny gave us a good old fashion country welcome, to kick off the event. Additionally, she premiered her new single, Spitfire. I highly recommend you take a listen. If not, you may miss out on being one of the first to experience Jenny Leigh’s rise to the top. After a brief set change, Mark took the stage with his original high school band the Screaming Trojans. Don’t let the term “high school” fool you. These guys rocked harder than any high school band I have ever seen, and Scott Tucker on vocals delivered the most convincing performance of Geddy Lee that you have ever heard. I had to stare doe eyed up at him on stage trying to convince myself that Geddy wasn’t back stage actually singing.

As I said earlier, this felt more like a reunion than a CD release. In between songs, Mark told the audience that there was some special guest in attendance that had come to jam with him through the night. Forgive me my order is out of sorts. They all rocked the house and it made it a little hard to remember who was coming and going. At one point, I remember the crowd chanting “Box, Box, Box” which was for 98 Rock radio personality “Box”. Hi arrival was a bit late, so while we waited, other friends of Mark showed up. Marks trio, Occasional Milkshake got into the mix. The tore it up with some southern jazz fusion, rockabilly pieces that were easy to dance to, and hard to forget. Hank Futch of the Blue Dogs and Gary Greene, a Hootie percussionist, made up the three-piece band. After a couple of tunes, Box finally showed up and put on guitar display which probably puts him at the top of the list among left-handed guitarists in SC. After Box, the guests kept rolling in, with Fred LeBlanc, drummer and lead singer of Cowboy Mouth, next joining in on the fun. If you haven’t heard Cowboy Mouth you are doing yourself a disservice. Fred is like a drum bomb that goes off on stage and everyone gets rocked unconscious. He kicked some serious ass I can see why Mark had him come on stage. Lastly, final guest of the evening was Columbia’s legendary Danielle Howle. There was only one moment of silence the whole night and that belonged to Danielle. She introduced herself with an acapella jazz chart that brought the room to a complete stop. When you have a full night of loud ear-splitting rock it takes real talent to change the mood.

Overall, the evening was a beautiful mess of music and love. Every single person brought on stage was an influential musician in their own right. This was not only a tribute to Mark, but a powerful gift of musicianship from the local music scene. Mark showed that just because you aren’t signed to a major label, does not mean you cannot sound like one. This is probably one of the many reasons why Mark has committed his career after Hootie, to creating an environment where local artistry thrives. This show was symbolic to that effort.
I left the show wired. It was 2 am and I wasn’t sleeping anytime soon. Remember this was just the party and I haven’t even talked about the CD yet. Stayed turned and be on the lookout for the CD review and a quick interview I had with Mark. 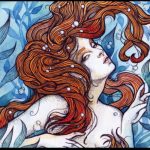 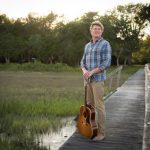 John Mellencamp: A Strong Performance at the Township