Houses, the solo debut of Charleston singer-songwriter Mel Washington, comes out swinging hard, with the aggressive soulful blues rock of “Whiskey Bent”. The song has the distinct feel of familiar territory, like you’ve been here before, but you’re being taken to a brand new place with his powerful delivery and modern production. Washington shows a strong vocal presence, at times like a more technically proficient Jimi Hendrix, with a sly, knowing reserve that keeps the listener wondering what lurks beneath the surface of his lyrics on this record, which are dealing with loss and sometimes a sense of bitter nostalgia.

The next track, “Ran Away” switches gears a bit, which we will see is a motif of this album. An aching southern rock power ballad, it demonstrates that Mel is no joke; his songs have a first rate production and a grand, sweeping feel that could easily play on most rock radio stations in any state, let alone this one.

The rest of the album plays around with LOTS of style changes. From the singer-songwriter vibe of “I Need Your Love” with it’s simple clean acoustic guitar parts and “Woe is Me” with its basic coffee-house sound, he has got that niche covered. “Come Back” is a folky ballad. “We’ve Been Driving” sounds almost like poppy new country with a little rock crossover. Sometimes the production on these songs harkens back to the ’80s for me and reminds me of poppy rock groups that flirted with soulful singing like Mister Mister or Crowded House. “Caroline, West Virginia” is power-poppy country/ folk, while “Alyx’s Song” is a straight-up power ballad. The album closes with the soft rocking singer-songwriter-style of “On The Way” and by this time, the listener has taken quite a genre tour. I have to admit, I’m more of a fan of the rocking aspect of his work, but even the mellower moments are worthy. The stylistic hopscotch might be the only potential downfall for some listeners in what is really a great album. On the other hand, no one can accuse Washington of stagnation or retreading the same ideas throughout Houses. I Look forward to hearing some more recorded work, and seeing him live could only be a treat.

Recommended if you are a fan of Lenny Kravitz, Alabama Shakes, or any of the Drive-By Truckers’ solo projects. 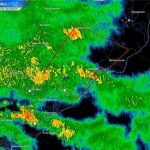