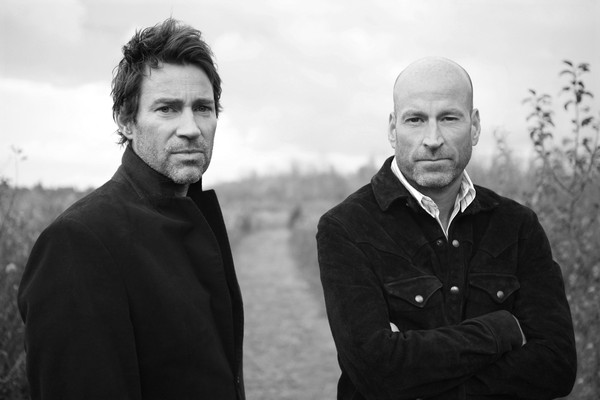 The Chicago-based Freddy Jones Band recently stopped by the Windjammer in Charleston, SC to promote their upcoming album release on August 17, 2015. The album, mixed and produced by Three Time Grammy Award winner Justin Niebank and Label Partner Timm Martin will lead with the single Those Diamonds. Niebank is famous for having worked on many #1 hits from artists such as Taylor Swift, Kid Rock, Sheryl Crow and many others, and this album is expected to follow suit with the Freddy Jones Band hitting the Top Ten with several of the listed songs. Marty Lloyd, one of the two remaining original members of the group, states “We have been working on this album for three years. Justin and I go way back, and he’s been a blessing. We are looking forward to bringing these songs to the public with our new band soon.” After having tested the songs on unsuspecting venues over the past several months, the prospects are looking amazing for the official release. The Windjammer, located at the Isle of Palms in SC just outside of Charleston, was filled with fans chanting and cheering as samples were played along with old favorites from previous albums.

The newly formed band includes top performers from around the country, including Glen Kimberlin, Matthew Moon, Renn Anderson, and Scott Cameron Kusmerik. The Freddy Jones Band’s co-founder, Wane Healy, is unable to tour currently, but the FJB rocks the Chicago circuit when possible. Lloyd says “this current group is tight, and we still rock with the other members of the band also.” The band plans to tour throughout the United States in a continued effort to promote the upcoming release on August 17th, with several stops in Colorado, Indiana, and California.

Founders – Marty Lloyd and Wayne Healy
Founders Marty Lloyd and Wayne Healy created the Freddy Jones Band in 1988 in Indiana, then moved to Chicago soon afterward. The FJB Trio, including friend Jim Bonnacorsi, released their first album with Capricorn Records after reaching a top hit with their song, In a Daydream. Lloyd and Healy continued to write music which resulted in several more albums being released on Capricorn’s label, until 2001 when the band took a four year break. In 2005, Lloyd and Healy got back together, writing new songs and touring locally in Chicago. Currently, Lloyd is living in California, with Healy thriving in the Windy City with his family.

Glen Kimberlin
Musician Glen Kimberlin has cultivated a unique style after having grown up just outside of Dallas, TX. Learning the funky swing style of Texas Swing from legendary bassist Dick Gimble, Kimberlin forged ahead to study commercial music at Belmont University in Nashville, TN. Post-graduation, he began playing with national acts, such as Grammy nominated Smalltown Poets and Jimmy Charles (American Idol Season 1). He performed at one of largest hometown venues in Texas with over 25,000 attendees with platinum selling Mark Shultz at the KLTY’s Annual Celebrate Freedom Concert in 2006. Currently, you can find Kimberlin rocking with the FJB on a 1977 Fender Jazz Bass and an Ashdown Electric Blue Amp.

Matthew Moon
Talented artist Matthew Moon has a diverse style that has been tapped by major artists throughout the country. His colorful songwriting has resulted in a hit song, Don’t Change For Me, being the lead track on Grammy-nominated Gin Blossoms album No Chocolate Cake. The song has also been featured in the 2008 Summer Olympics Promo for Budweiser, as well as appearing in the film, Soccer Mom. Moon studied at Berklee College of Music and moved to Nashville, where he can be found songwriting, and playing a variety of instruments including mandolin, steel guitar, and guitar. Larry Richter (manager for Eric Clapton, The Who, Van Morrison) signed Moon up for a management deal immediately after hearing Moon on set and called it “One of the best performances I’ve heard.” After having released five solo albums, he is now enjoying touring with the FSB and providing liquid vocals along with Marty Lloyd to many of the band’s new tracks for the upcoming release.

Renn Anderson
Singer/Songwriter Renn Anderson hails from the coast of North Carolina. He’s migrated to California and back again, and finally landed in Nashville, TN where he spends his time strumming his guitar and writing songs. Over the years, he’s been lucky to jam with Sony artist Logan Mize and Big Machine’s Danielle Bradberry. Now, he’s pulling out riffs for the KJB on trusted LsL Instruments, Collings Acoustics, and Swart Mod84 amp.

Scott Cameron Kusmirek
Drummer/Actor/General BadAss Scott Cameron Kusmirek began his musical career as a young man performing during high school lunches in the band room. The response from fellow students was so intense, that his music teacher took Kusmirek under his wing for free private drum lessons. Scott’s innate ability to play music did not require further education, so he spent the next few years pursuing local bands with large followings, and actively engaged in promo/marketing and business handling by using techniques taught to him by his grandfather. Scott’s guidance has helped develop successful bands, such as Matthew Moon, Kicking Mr. Rogers, Bit O’ Jane, and the Reign Kings. Using Gin Blossoms’ accomplishment as a guideline, he set goals for Bit O’Jane with huge returns in radio play, packed houses and hitting up Scottsdale, AZ’s most popular venue, Scottsdale’s Cajun House. Ultimately, he was asked by Jesse Valenzuela to audition for the band, the Gin Blossoms, he made his home for 8 years. Using many of the same techniques as in the past, Kusmirek is touring with the KJB with the focus and skill of a well-seasoned and respected artist filled with talent and business acumen.

On a side note, Kusmirek is also debuting as an actor in the upcoming film, The Champagne Gange, with Damon Whitaker (Forest Whitaker’s brother) and Bokeem Woodbine. 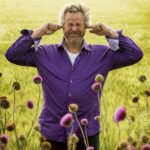 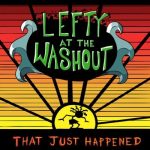